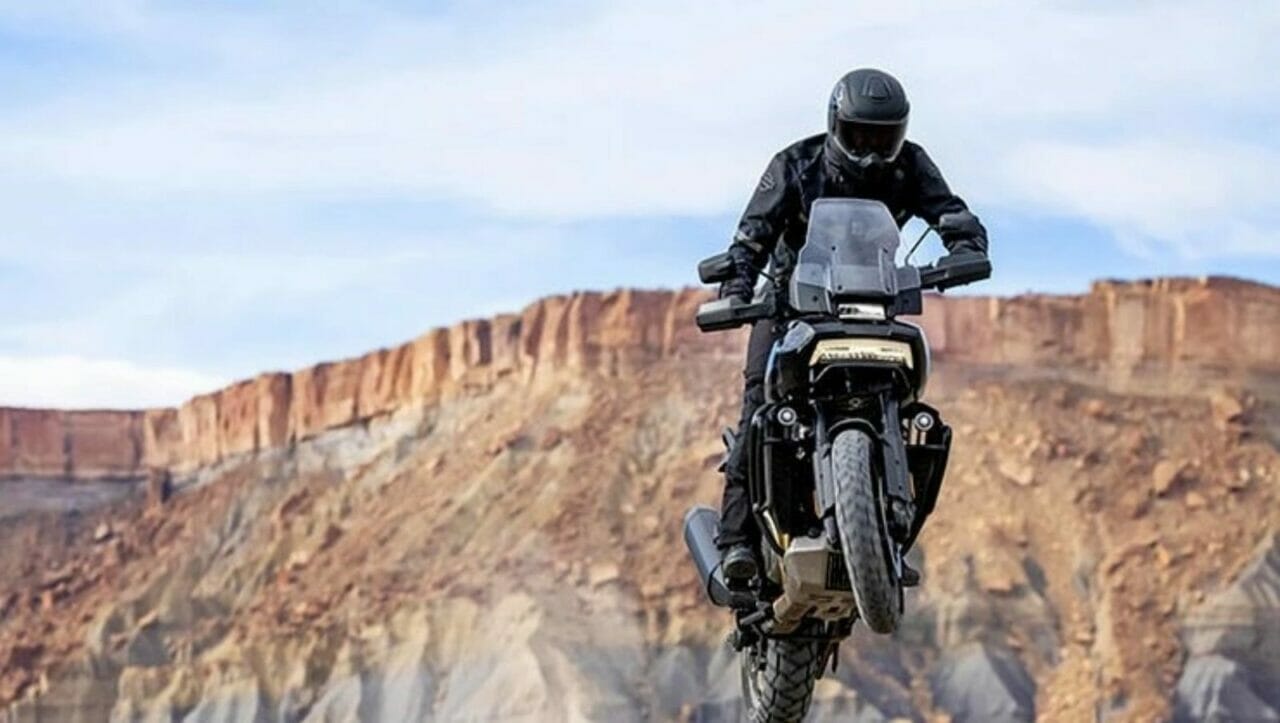 It is out in the open that Harley-Davidson, one of the most influential motorcycle brands, is going through a very rough patch. The company recently announced that it will shut down manufacturing operations in India as part of its restructuring exercise under ‘The Rewire’ programme. The iconic American brand has always been associated with cruisers ever since its inception. Their rather narrow approach towards other motorcycling genres has also contributed to the troubles the company has found itself in. Times might be a little hard but the company did have some interesting future plans.

One of those plans has been turned into reality and that is none other than the Pan America ADV-tourer. 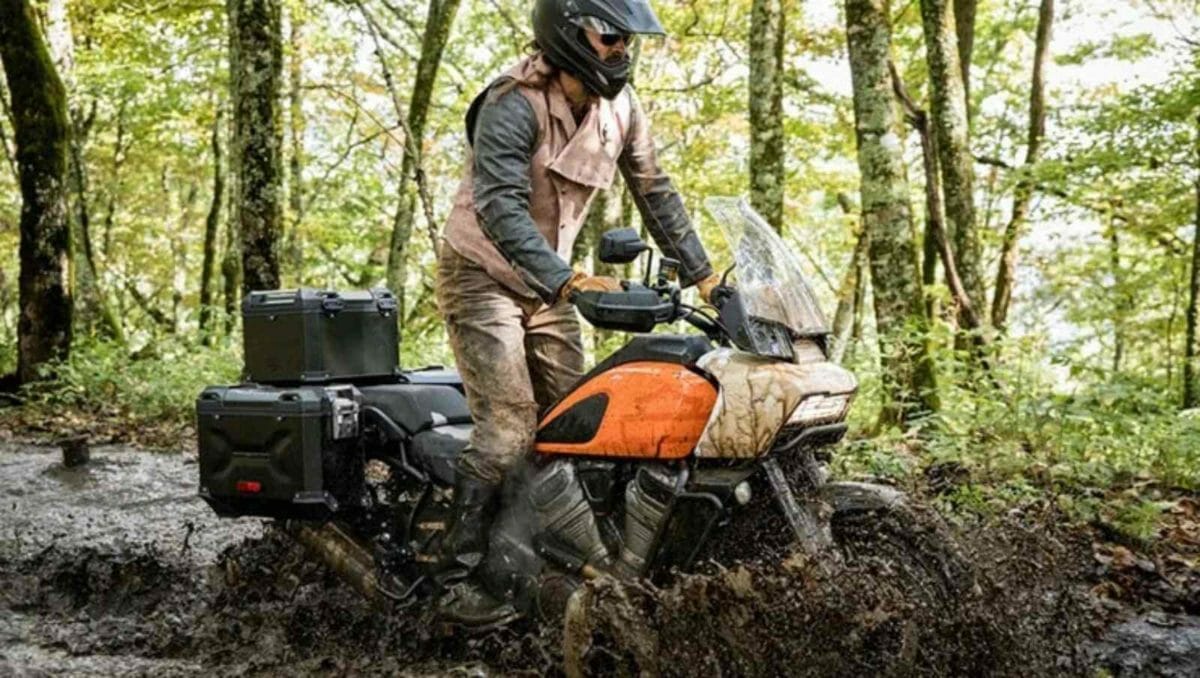 As far as design goes, the Pan America looks nothing like a Harley and it works in its favour. An ADV-tourer with typical Harley styling doesn’t seem a good idea after all. It sports a futuristic design tenet highlighted by a sleek rectangular headlamp that is surrounded by an inverted U-shaped fairing. The bike also gets a large fuel tank, split step-up style seat, and minimal side panels that expose the mechanical bits of the bike. To look like a proper ADV bike, the Pan America gets wide handlebars with knuckle protectors, engine crash guard, a high ground clearance, adjustable windscreen, and wire-spoke rims with knobby tyres. 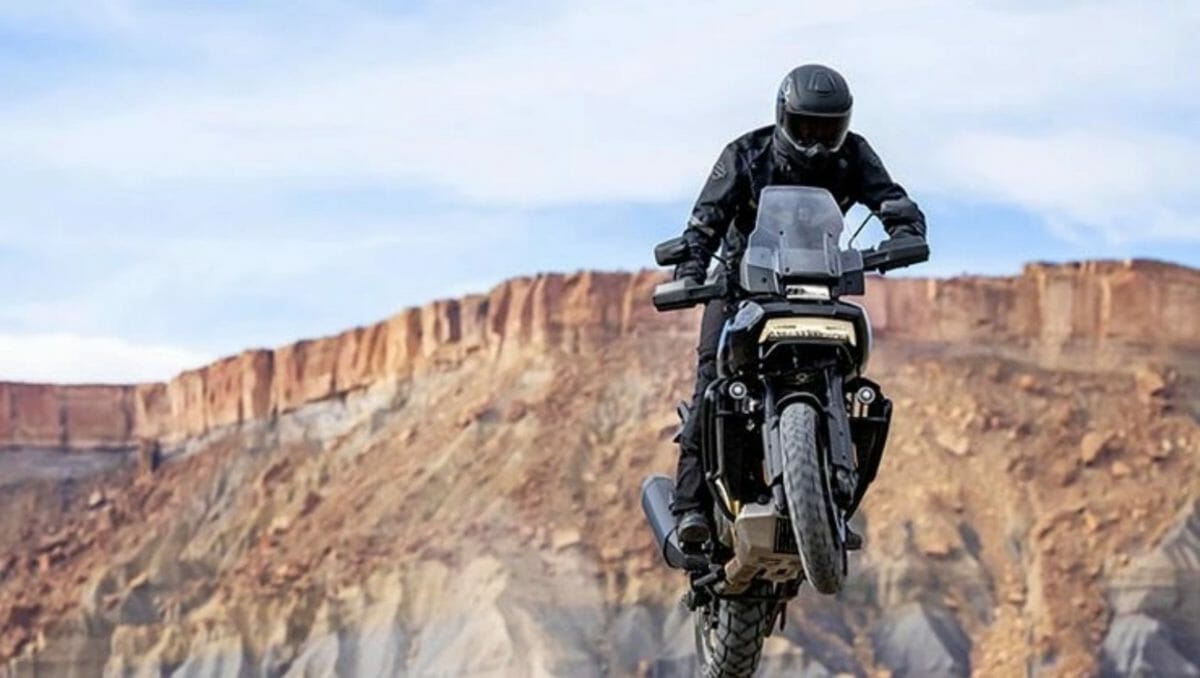 Powering the Harley-Davidson Pan America 1250 is an all-new Revolution Max 1250 engine, a liquid-cooled V-Twin that makes 150PS of power at 9,000rpm and generates 128Nm of torque at 6,750rpm, mated to a six-speed transmission with a slipper clutch. As claimed, the overall fuel economy figure for this motor is 21kmpl. The Pan America features ride modes such as Road, Sport, Rain, Off-Road and Off-Road Plus wherein each mode consists of a specific combination of power delivery, engine braking, Cornering Enhanced Antilock Braking System (C-ABS) and Cornering Enhanced Traction Control System (C-TCS) settings. 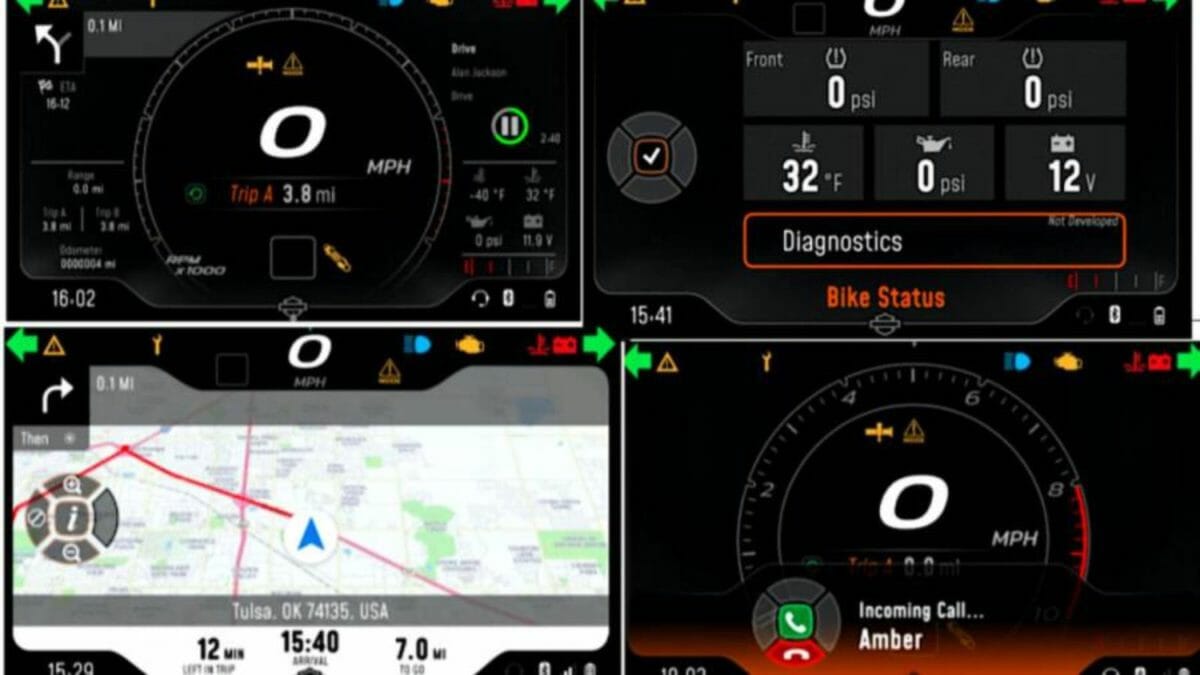 All these can be selected through the 6.8inch instrument cluster which can be tilted (for standing up riding). But the touch controls will be disabled as the bike starts moving. Then the switchgear needs to be used to change the settings. 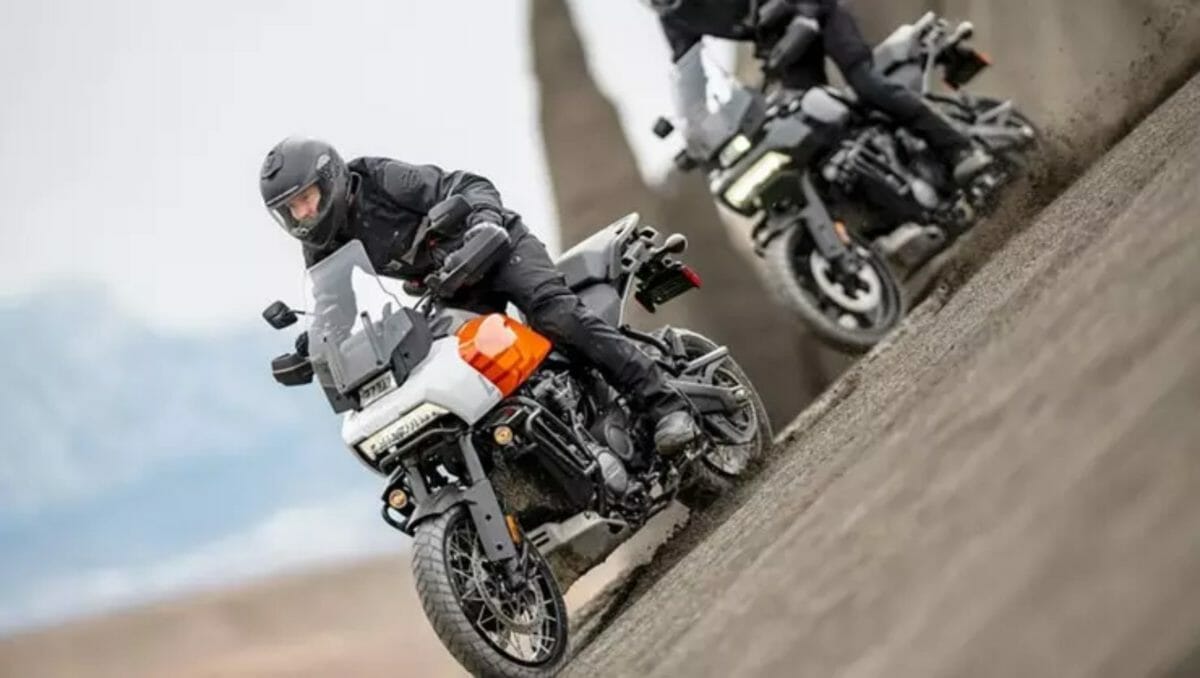 The Pan America 1250 rides on Show suspension setup with 47mm BFF forks at the front and a piggyback monoshock at the back. This setup is adjustable for preload, compression and rebound. The Special variant comes with a semi-active unit that automatically adjusts the damping and riding style and road conditions. The Special trim level adds a few adventure-oriented perks to the menu of features, including a center stand, a multi-position rear brake pedal that can be adjusted to the riding position (standing or seated), a steering damper, a skid plate, a brush guard, heated grips, handguards, an adaptive headlight, a tire pressure monitoring system, and semi-active front and rear suspension with vehicle load control. The suspension at the back is electronically controlled and comes with five settings for added or reduced stiffness. 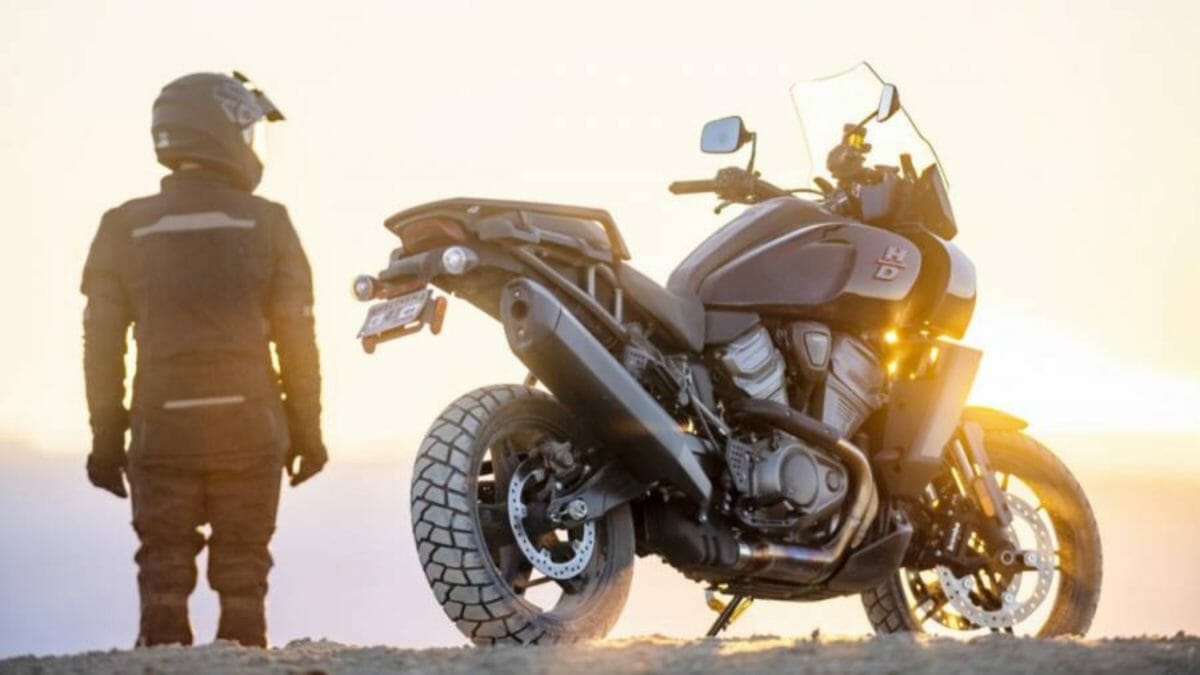 Harley worked in collaboration with Brembo to design a special set of four-piston calipers that fits the look of the Pan with “sharper edges and softer curves”. The front wheel is fitted with a pair of 320mm discs while the rear wheel gets a single 280mm disc.