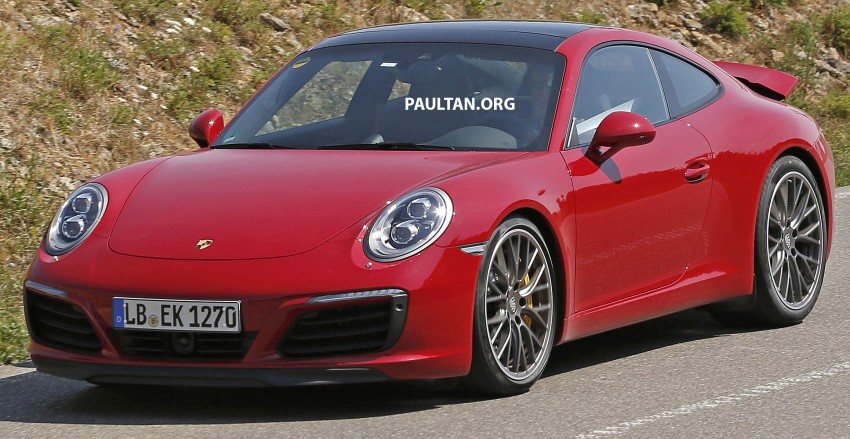 Days after Porsche dropped a set of official images that preview the face-lifted 911 range, completely undisguised prototypes get caught. To be addressed as the “991.2”, signifying the 911’s (991 Series) mid-cycle makeover, these cars are India bound sometime next year. In the wake of global meltdown and environmental concerns, most of the 991.2 range will get turbocharged AND downsized engines.

For the first time in Porsche 911 history, most of the non-Turbo variants in the range will now feature turbocharging. The Carrera and Carrera S variants are reported to feature 3.0-litre, flat-six engines, downsized from the 3.4- and 3.8-litre engines respectively. With turbocharging however, a 20 horsepower gain is expected on both.

Of course, less amount of CO2 will now be spewed, and the purists will still have a manual transmission with 7 speeds, along with PDK for the lazies. Purveyors of natural aspiration now have to settle for the more focussed of the breed – the GT3 and GT3 RS variants will be left alone, with their glorious, flat-six motors  free of turbos.

Being a Porsche 911, styling updates are at a minimum.  The new front bumper is aerodynamically skimmed, with larger air intakes and horizontal LED daytime running lights. At the back, the exhausts have been re-positioned to the center of the new rear bumper. Tapes at the back hide the revised tail lamps, while even the headlamps receive minor changes. In case of the new Turbo, there are mild bodywork changes too, but the quad exhausts stay in place. 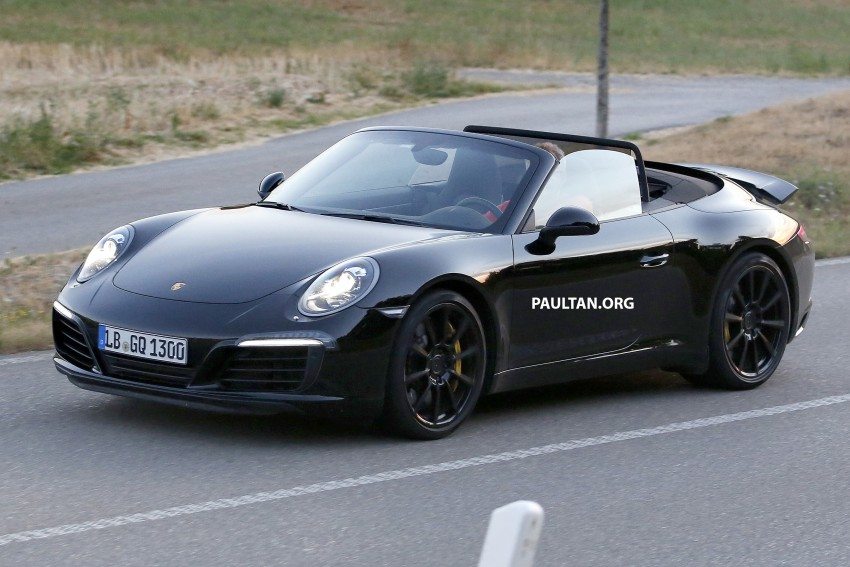 The latest generation of Porsche’s ‘Communication Management’ touchscreen infotainment system, also seen on the latest Cayenne range, will also be a part of the 991.2’s interior upgrades. The Targa and GTS line-up is also expected to receive the aforementioned changes. The 2016 Porsche 911 facelift will be unveiled at the Frankfurt Motor Show in September 2015.