Home Honda Motorcycles and Scooters If the Ninja 300 is here, can Honda CBR300R be far behind? 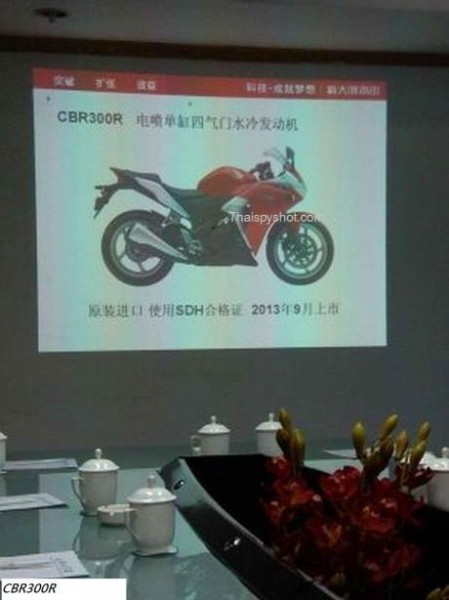 The battle of the Red and the Green is about to take an all new turn! It seems like Honda isn’t too happy with the launch of the new Ninja 300 and is busy readying a N300 adversary that will be sold under the CBR moniker.

Very much like the CBR250R, the CBR300R has good chances of being a lot less powerful than the mean green rival from Kawasaki but again, that’s just half the news. The other half is that the CBR300R would be a lot easier to buy than the Ninja300.

Honda hasn’t yet made any official announcement regarding the launch of the CBR300R but from the looks of it, the upcoming bike is in early stages of development. There are good chances that the CBR300R’s motor will be based on the CBR250R’s mill and would be only little more powerful.

There is a section of Indonesian media that says that the CBR300R will be unveiled in September 2013 and to be frank, we hope that our Indonesian counterparts are correct with their prediction.