Home Hyundai Hyundai’s new small car to be called the EON: To take on the Alto 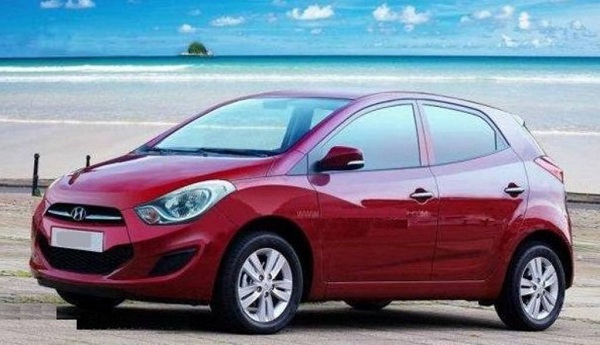 Hyundai’s new small car for India, what has also been at times christened, the sub-Santro car will officially be called the EON. The new small car which has been addressed by the codename HA thus far will be an India specific product. It will be introduced in the country first, and a possibility of exports will be mulled later. Autocar India’s editor in Chief Hormazd Sorabjee tweeted the information yesterday.

Expected to be priced very competitively at around Rs 3 lakh, the new HA will take the fight to the Alto. Hyundai is targeting sales of 15,000 units or more with the new car. Now those are big numbers and spell bad news for Maruti Suzuki which depend heavily on the Alto for their volumes and to sustain their huge market share. The EON will be more spacious from the inside than the Alto, and with a more modern engine will deliver more horses with more refinement too. Propelling the new car would be an all new 800cc three cylinder engine with power output in excess of 50bhp.

While no word has officially come out from Hyundai, we can safely assume that the company would try to tune the engine for mileage and get a high a fuel efficiency rating from ARAI for this car so as to trump the Alto, which is a fuel efficiency champ in India for petrol cars. If that happens, the Alto will have some serious trouble to look out for. Maruti Suzuki have anticipated that, a reason why they already going all guns blazing with the development of another 800ccc car based on the Alto platform.

The Hyundai EON has been caught testing several times now. This means that the small car is in an advanced stage of development and testing, and very close to a launch. Hyundai have not said anything officially about the launch date but an October launch is expected.

What do you think? Would you buy the Eon over the Alto? Would you trust Hyundai with a new product or go with the highest selling small car in India which also gets you the best resale value? Do let us know.