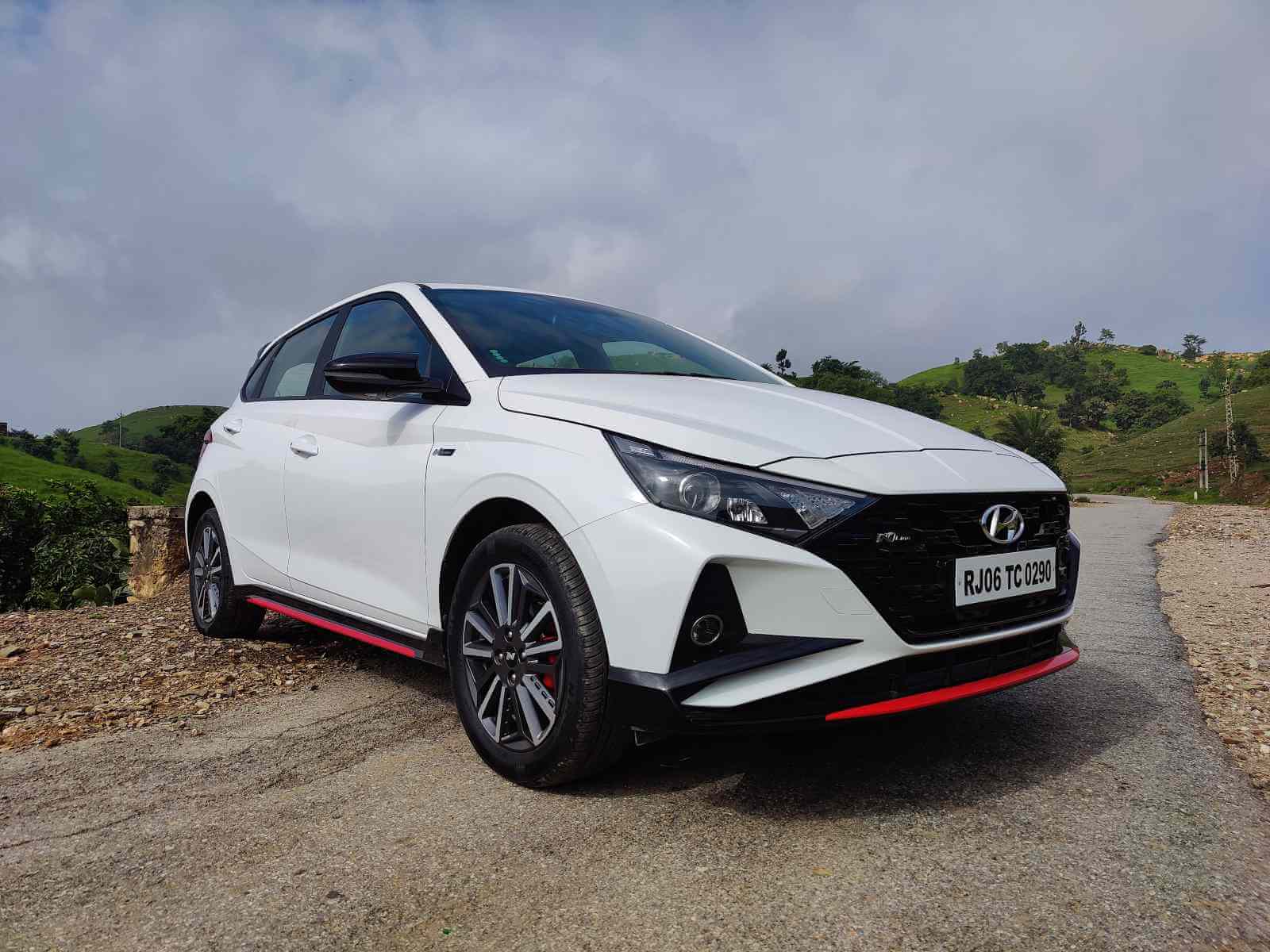 The exterior gets a chequered flag-inspired gloss-black grille with an N badge, a more aggressive dual-tone bumper with a splitter and red accents. Move on to the side and you will notice the new 16-inch diamond-cut alloy wheels with red brake callipers. It also gets an N-Line badge on the fender and side skirts with red accents. 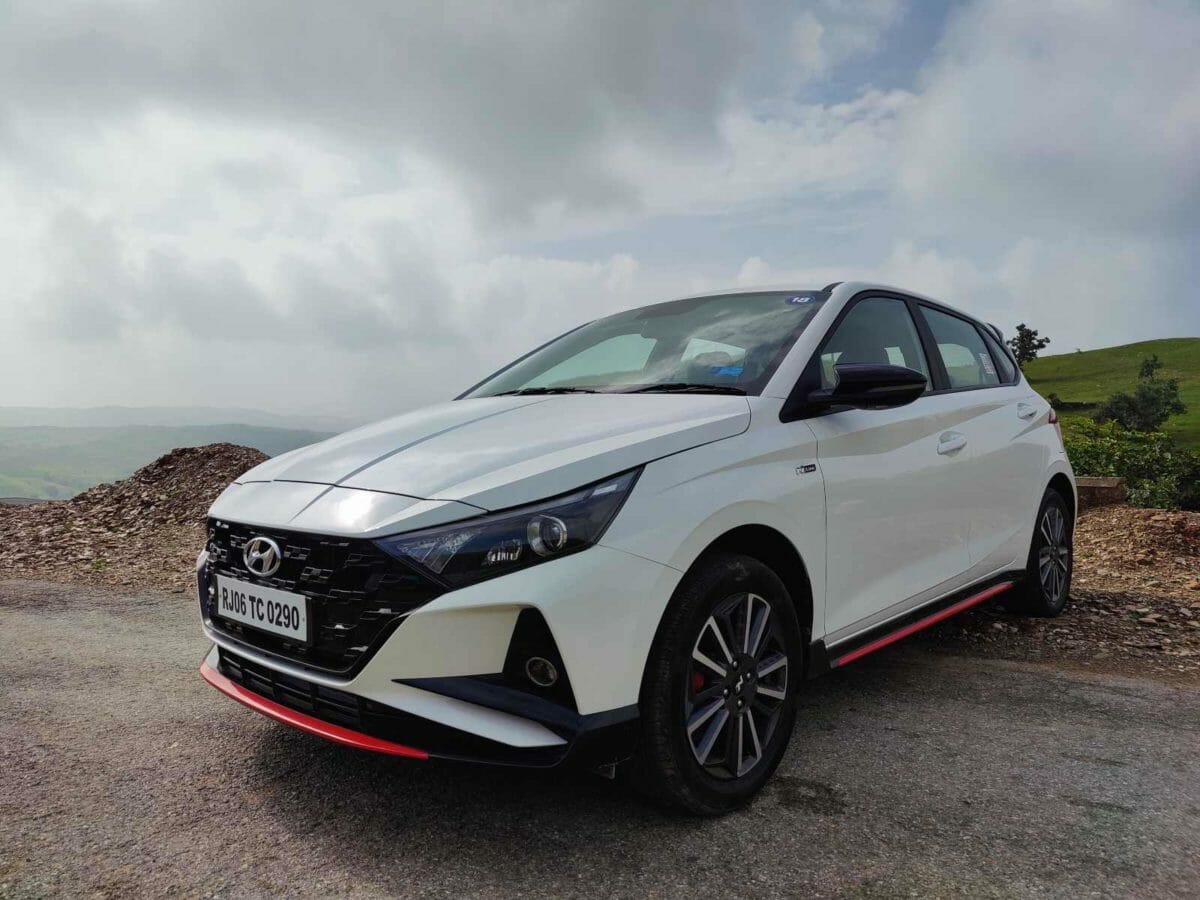 The rear gets a spoiler and a sporty bumper with a diffuser that houses the twin-tip exhaust. The twin-tip exhaust not just looks good but also makes the car sound better. The rest of the exterior elements remain like the projector headlamps with DRLs, LED taillamps and the shark fin antenna remain the same. The i20 N-Line gets four monotone colour options and two dual-tone paint options including the new and exclusive Thunder Blue colour. 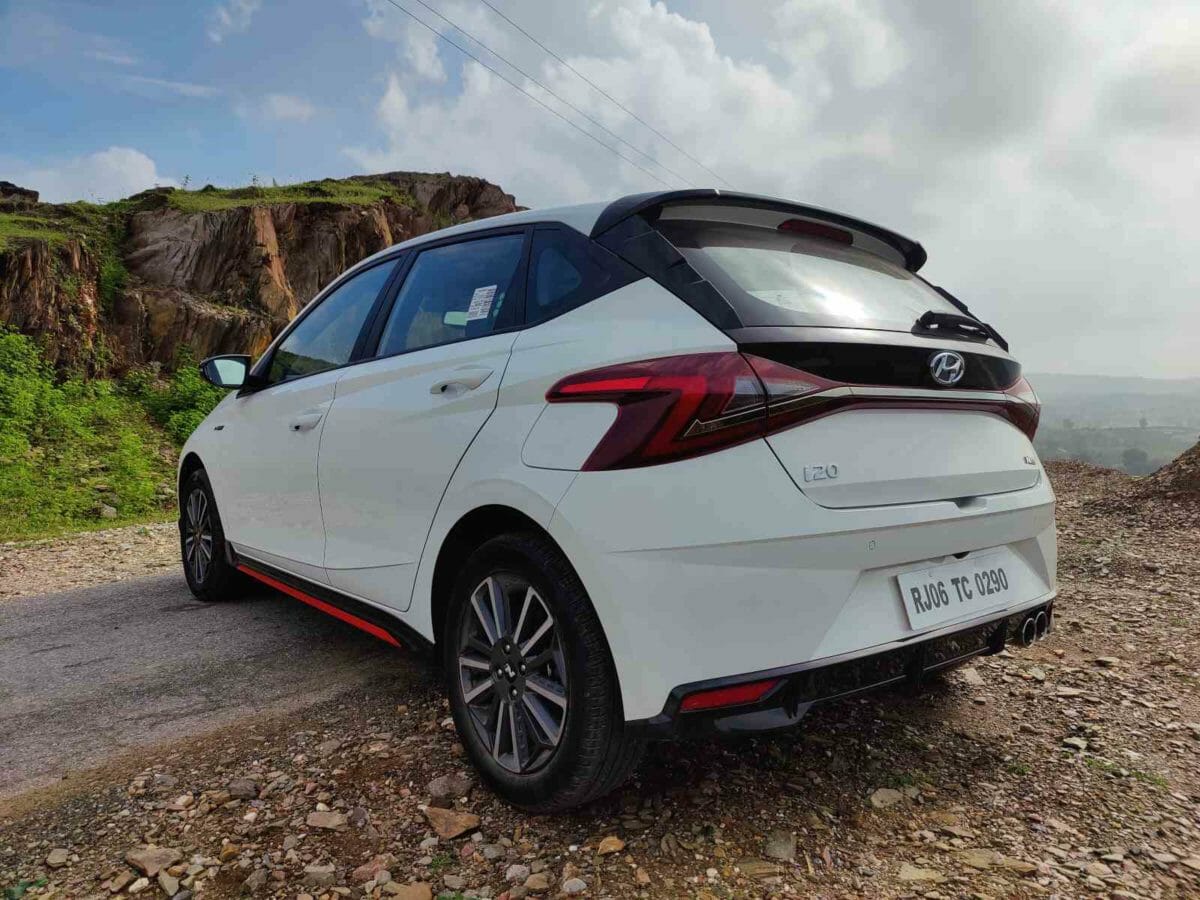 The interior layout remains the same when compared to the standard i20. Hyundai has added some bits such as red accents on the A/C vents and climate controls to spice things up. It also gets red ambient lighting, leather seats with a chequered flag design and N logo, sporty pedals, a new three-spoke steering wheel with N badging and a new N branded gear knob for both the automatic and iMT variants. 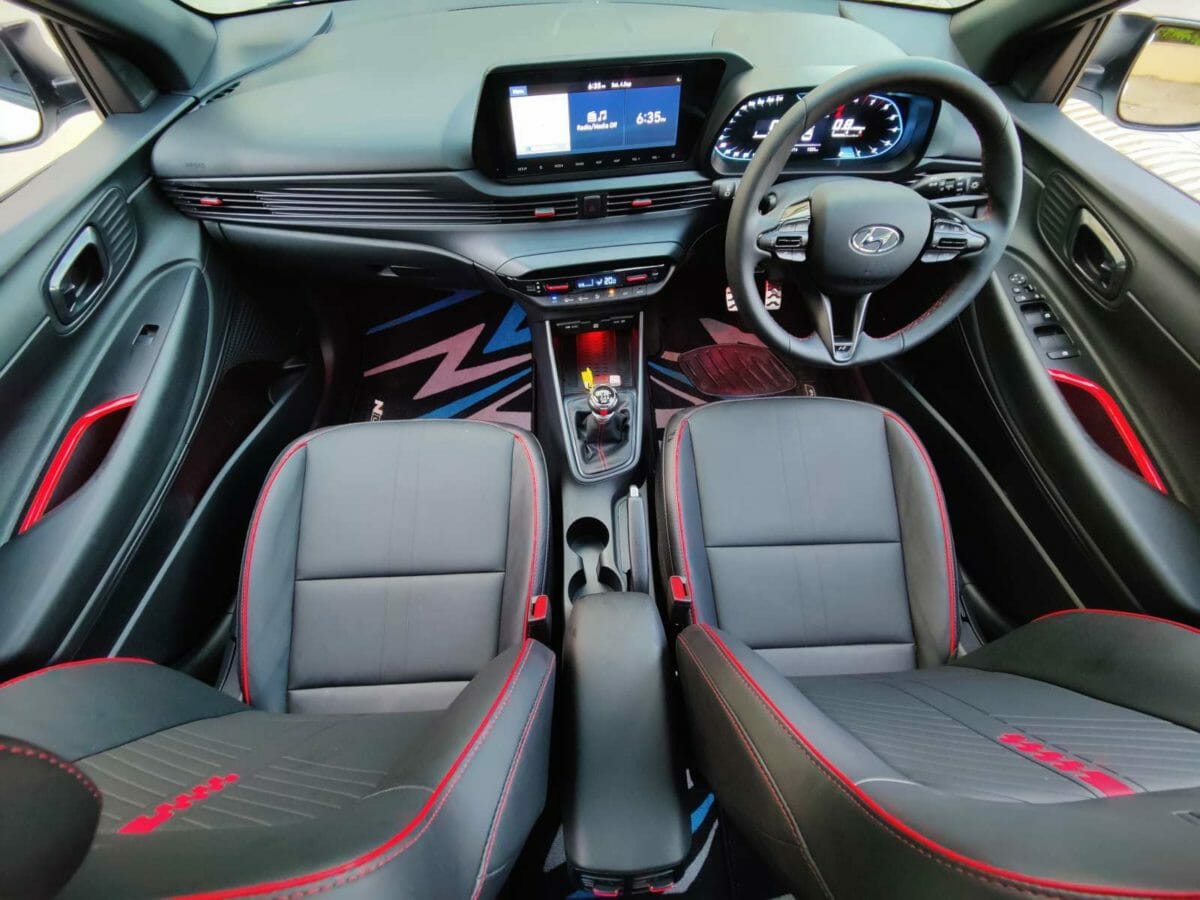 DCT variants get paddle shifters as well. You also get the option of adding floor mats with N-Line theme. The i20 N-Line also exclusively gets voice commands for opening the sunroof. The rest of the features to be offered are similar to the standard i20 which includes a 10.25-inch touchscreen infotainment system with Apple CarPlay and Android Auto, a digital instrument cluster, wireless phone charging, cruise control, automatic climate control, an electric sunroof and a 7-speaker Bose sound system to name a few. 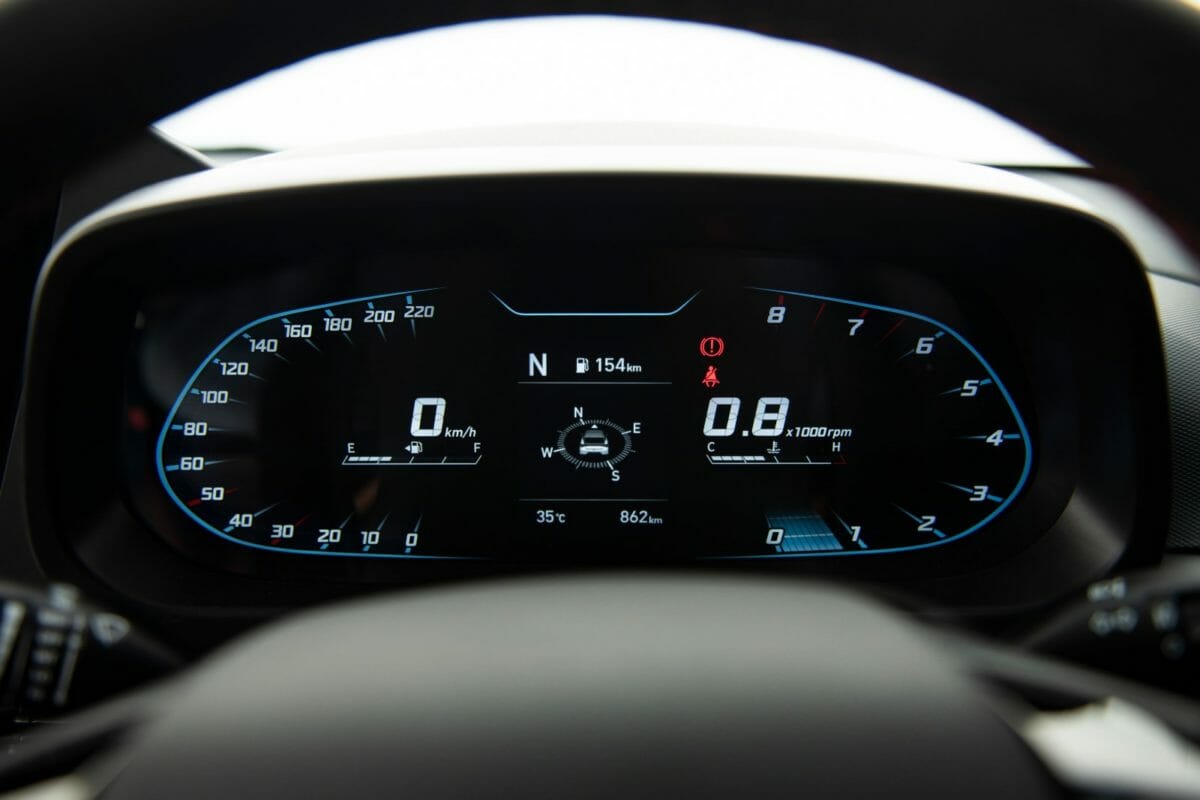 The i20 N-Line is powered by the familiar turbocharged 1.0 litre 3-cylinder GDI engine which produces 120ps and 172nm of torque. It can achieve 0-100 km/h in 9.9 seconds and the transmission options include a 6-speed iMT and a 7-speed DCT Dual-clutch automatic transmission with paddle shifters. Hyundai has made no changes to the engine and its characteristics are similar to that of the standard i20 turbo. 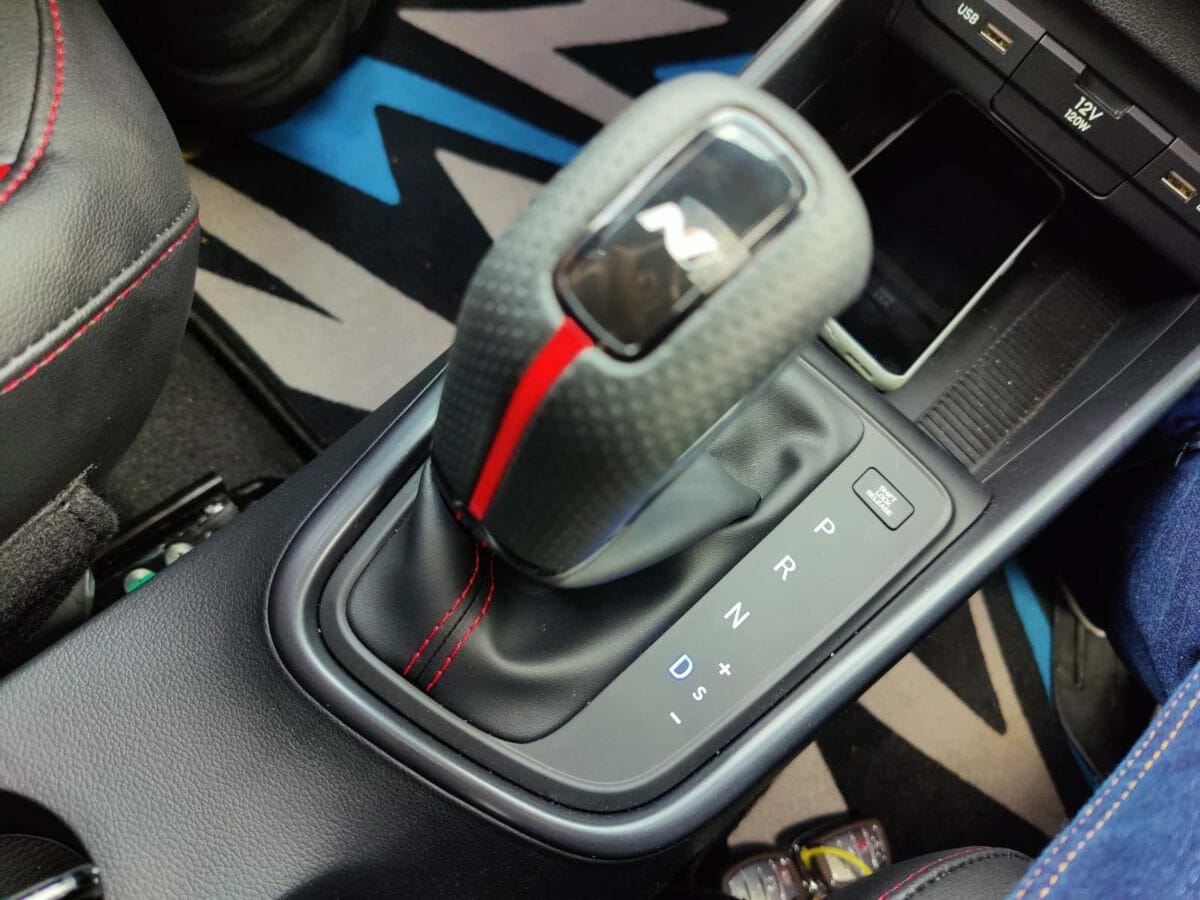 The engine redlines at around 6500 rpm and pulls strongly till then. The DCT transmission deserves a special mention too as it is a reasonably quick and smart unit. There are no jerks whatsoever when you are driving around in the city. The paddle shifters ensure that you get to extract the maximum out of the engine and it’s quite fun too. One thing to note is that the exhaust note does make a difference to the overall driving experience. It may sound muffled, but it gets the job done. 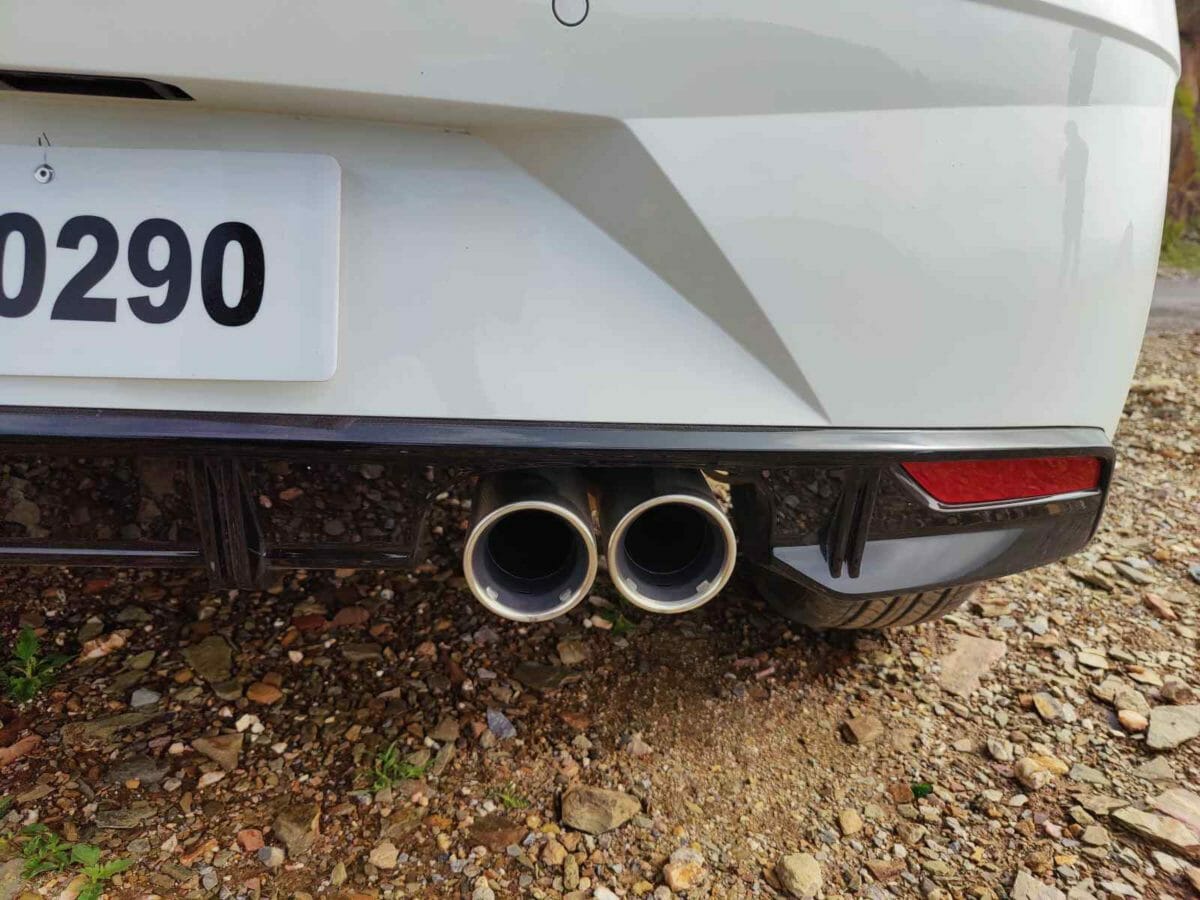 Hyundai has tweaked the suspension and the steering for a more involving drive. The steering is heavier than before and it feels much more planted around the corners compared to the standard i20. The precision of the steering is still not the best however it has still improved a lot over the standard car. The suspension has been firmed up as well and it can take the corners much better now. Body roll is well controlled and the overall soft feel of the car has gone. 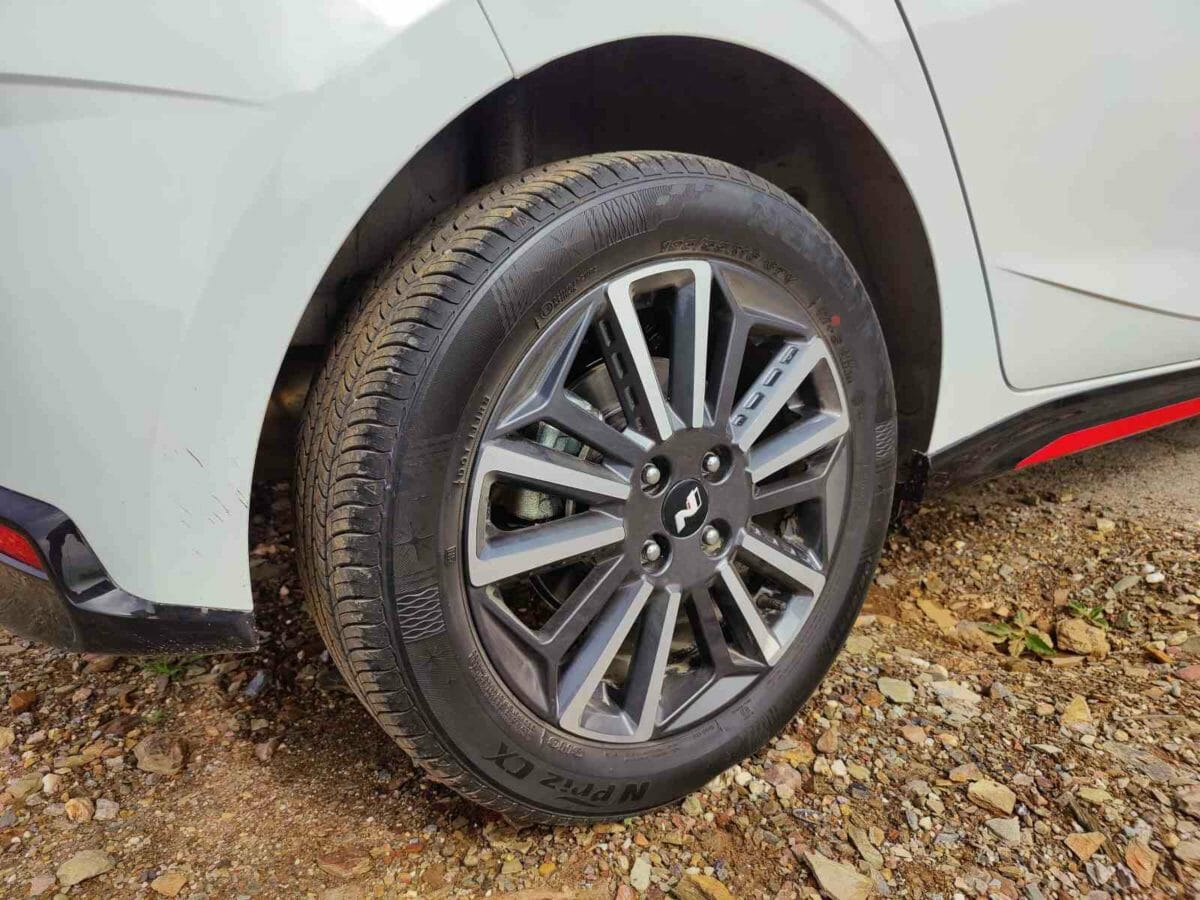 The suspension is not too firm and is far from uncomfortable. The firm suspension will be evident only over bad patches of road. It can be used daily without any issues over rough roads. The suspension and steering wheel come together to elevate the fun to drive quotient. The all four disc brakes setup make their difference felt as well and the car stops much better than the standard i20 which gets only front disc brakes. 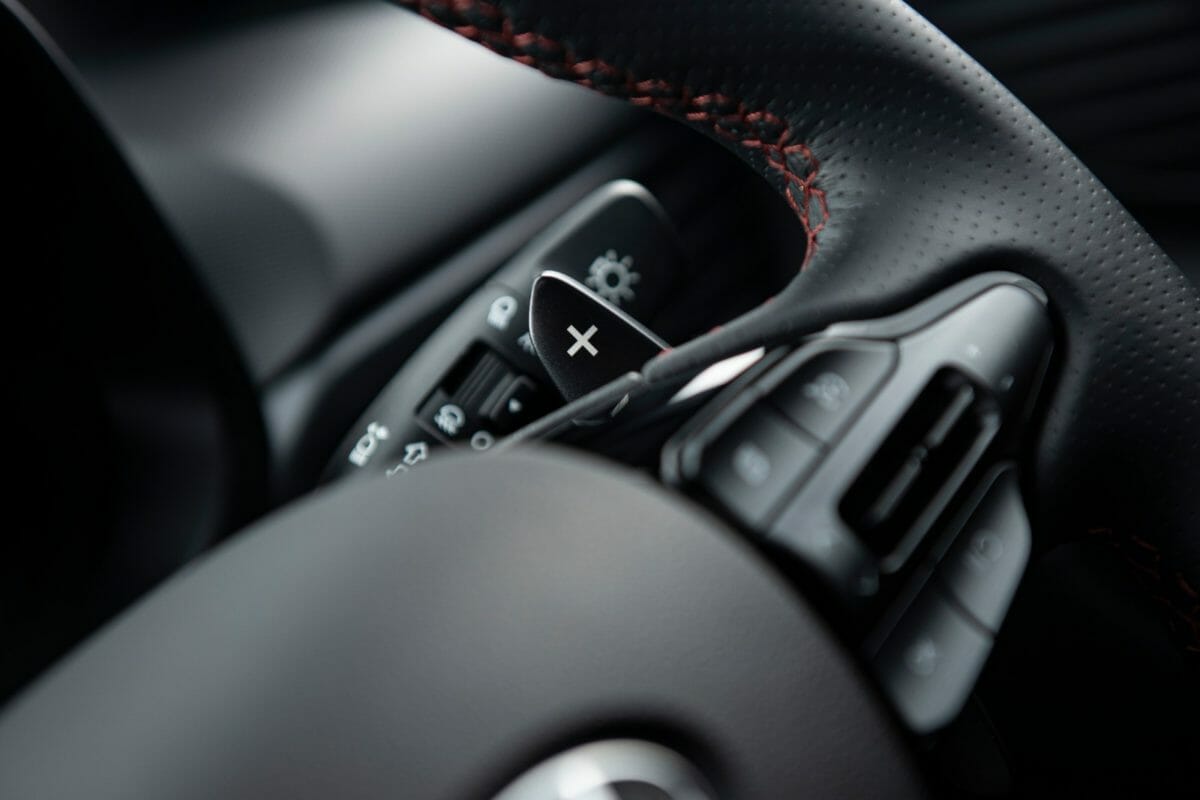 The i20 N-Line range is spread across three variants. The entry-level N6 iMT variant costs ₹9.84 lakhs. The top-end N8 variant costs ₹10.87 lakhs and ₹11.75 lakhs for the iMT and DCT transmission respectively. Dual-tone paint options are an additional ₹15,000. The i20 N Line commands a premium of around ₹50,000 across variants for the i20 N-Line. For starters, the standard i20 is not a cheap car, to begin with, and the top end N8 DCT is quite pricey at ₹11.75 lakhs. However, you get a lot of bang for your buck if you have that kind of money to spend and you wouldn’t be compromising on everyday usability as well!