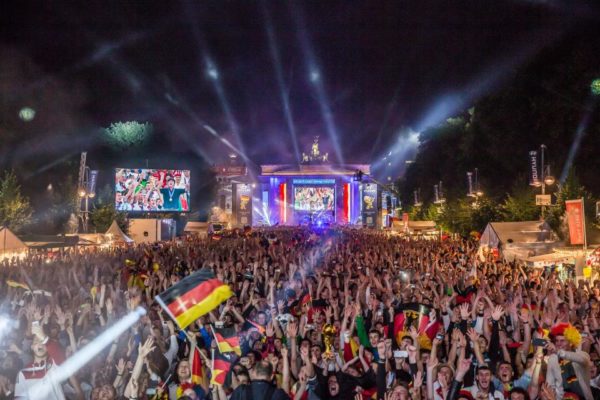 FIFA World Cup concluded with Germany’s exciting win over Argentina. Now, although the World Cup has come to an end, the FIFA fever is still in the air. FIFA World Cup’s official partner, Hyundai, released ‘World Cup in Numbers’ infographic showcasing how the brand helped to create the most ‘social’ tournament of all time. Hyundai’s ambition was to unite football fans and give them opportunities to celebrate their love of football.

In the UK, Hyundai partnered with independent YouTube channel, Copa90, to deliver exciting content for fans all over the globe. Fans were given an opportunity to win life-changing experiences through an online competition to win seven pairs of all-expenses-paid VIP trips to Brazil. Hyundai and Copa90 also travelled to all 12 World Cup host cities in just 32 days on a mission to bring people the ultimate city guides.

On the ground, Hyundai provided 1,021 cars and vans to transport officials. The 176 football players were transported to games by Hyundai buses. Hyundai Fan Parks were built in five cities for people to enjoy the matches, and over 700,000 people across Europe watched Germany claim the famous FIFA World Cup trophy in the final.

Checkout the video here and share your comments below.