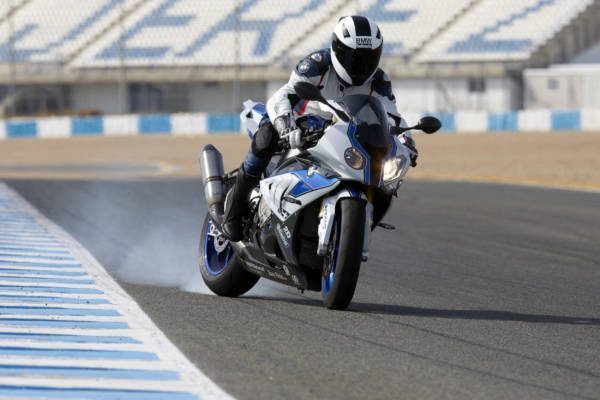 The BMW S1000 RR has been the top dog among litre-class bikes since it’s introduction back in 2009. It was the S1000 RR which was the first motorcycle to feature ABS back then in it’s class. The BMW HP4 was launched in 2013 and offered a superior ‘Race ABS’ system, than the one found on the S1000 RR. BMW seems to be hellbent on ensuring their bikes continue to entice, yet offer unparalleled safety features which forgive a mistake or two that we often make while riding. 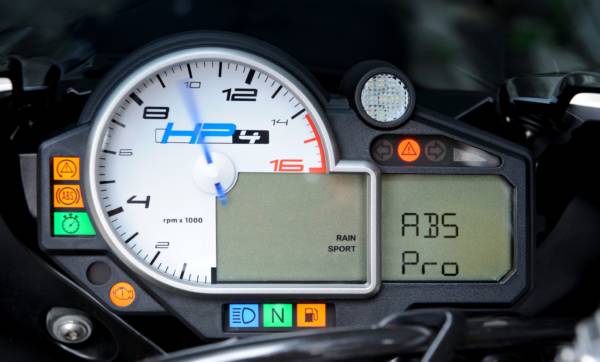 Their latest ‘ABS Pro’ system will depend on the motorcycle’s banking angle and in order to determine the angle, the system draws on the signals for roll rate, yaw rate and transverse acceleration as provided by the sensor cluster – which are already used for Dynamic Traction Control DTC and for the electronic suspension DDC Dynamic Damping Control.

The press note from BMW further adds, “As the banking angle increases, the brake pressure gradient is limited more and more at the start of the braking manoeuvre. This means that the pressure build-up is slower. In addition to this, pressure modulation within the ABS control range is more even. The benefits of ABS Pro to the rider are a sensitive response and a high level of brake and ride stability together with the best possible deceleration in bends.”

The ABS Pro system will work only in ‘Rain’ and ‘Sport’ mode, as the system according to BMW has been developed for street riding. BMW will make its ABS Pro available as a retrofit option for the HP4 at the end of October 2014, with a price tag of about 380 EUR (Roughly Rs. 31,000 INR). The system should later find way into other BMW motorcycles by 2015.