Home Hyundai Hyundai HB20S sedan launched in Brazil. Is it coming to India? 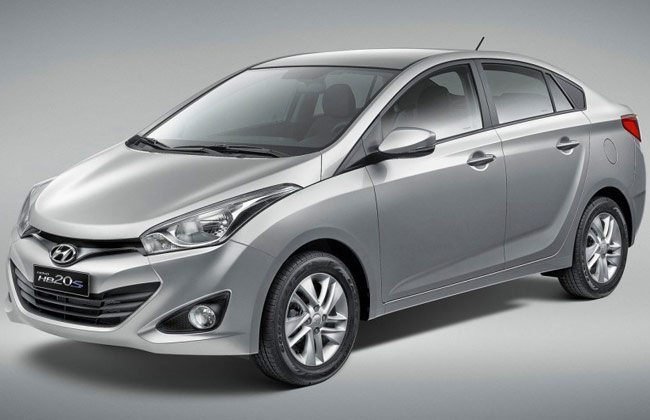 We reported in detail when it emerged that Korean auto giant Hyundai is busy preparing a sedan based on the HB20 hatchback that is on sale in Brazil. The HB20 hatchback competes with the Chevrolet Onix in the Brazil car market. Now, the Onix recently got a sedan body variant that is being called as Prisma. In retaliation, Hyundai Motor Brazil has now launched the Hyundai HB20S, which is basically a sedan version of the HB20 hatchback. The HB20 is closely related to the i20 hatchback that we have on sale in India and it is being said that the new HB20S sedan might very well be headed to other developing car markets such as that of ours.  The HB20S is underpinned by the same platform that will also underpin the upcoming HB20X compact crossover. Regulars here would remember that we reported in detail when it emerged that Hyundai Motor India Ltd. is planning to launch a compact crossover in India and hence, the HB20X too might be headed our way. 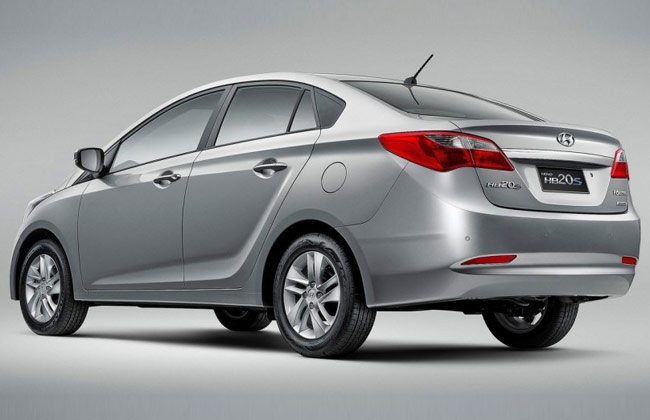 The Hyundai HB20S sedan has an overall length of 4.2 metres and would not be entitled to excise duty relaxations if it comes to our country. The new car has a wheelbase of 2,500mm and the HB20S has 450 litres of boot space.

The Hyundai HB20S has been launched with two petrol engine options – a 1.0 L three-cylinder 80bhp motor and a 1.6 L 128bhp four-cylinder engine. The engines get two transmission options– a five speed manual and a four-speed automatic.