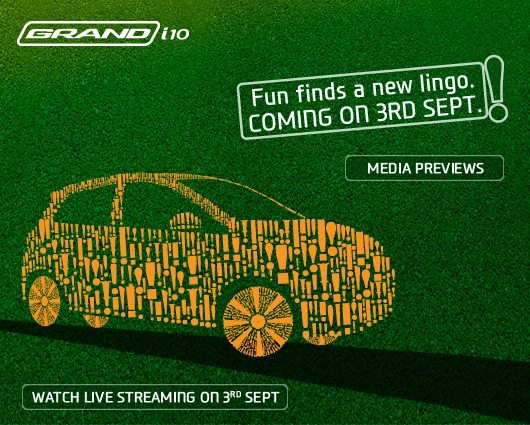 Hyundai Motor India Ltd, the Indian subsidiary of Korean auto giant, has released a teaser video of the Hyundai Grand i10. HMIL is using the slogan “Fun Finds A New Lingo” to promote the upcoming Grand i10.

Design-wise, the Grand i10 benefits from the carmaker’s Fluidic design language and looks as contemporary as any other modern day Hyundai. The car’s exteriors borrow not even a single design cue from the last gen i10 but it would be safe to term the design as evolutionary.