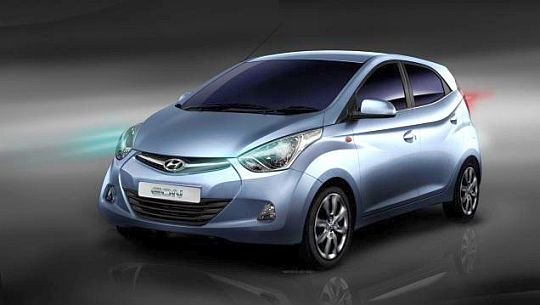 Hyundai’s highly awaited small car, the Eon, meant to be pitted directly against the single biggest selling car in the Indian market, the Maruti Suzuki Alto, will be launched on the 14th of October. The dealers have started taking the bookings for the car unofficially and will officially start doing so from the 1st of October. While the prices have not yet been announced, the pricing should start from under the Rs 3.0 lakh mark. At that price, the Eon would really catch the fancy of lakhs of small car buyers, especially as it is a Hyundai, and the brand holds great value and respect among the buyers in the small car segment. The overall quality, size and equipment levels of the Eon clearly seem to outclass the Alto in the first look. 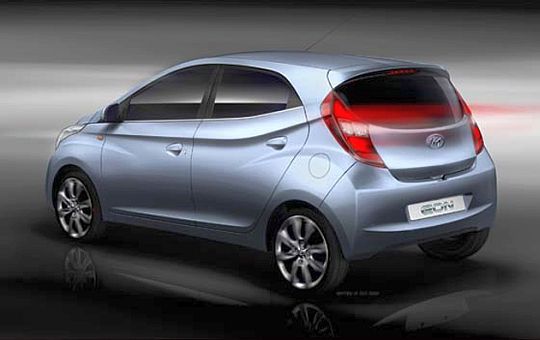 The Eon will target the Maruti Suzuki Alto as its primary rival, and will try to match the volumes of the largest selling car in India. The Eon will be powered by an all-new 814cc, 3-cylinder engine with 54 bhp of peak power and 76.5 Nm of torque. The Eon is expected to deliver an ARAI certified fuel efficiency of 21.1kmpl, which is slightly more than the Alto’s 20.2 kmpl. The Eon will also have driver side airbag, power windows for the front passenger, manual A/C and power steering. The car will ride on 13 inch wheels and will be shod with 155/70 tyres. The Eon will follow the i10’s nomenclature pattern and will be presented in Era, Magna and Sportz trims.The much awaited small car from Hyundai could be launched any time soon.

A fantastic product? Looks like, but we still miss a diesel option in these times.