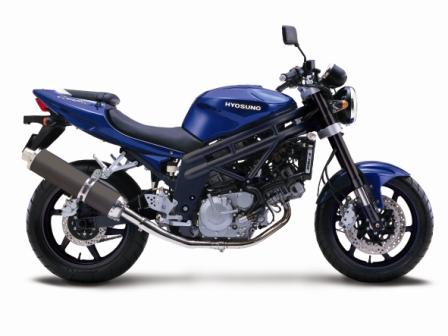 We told you earlier that Hyosung was planning to launch its GT650 (faired) and the St7 in India in association with Garware Motors of Pune. The expected price, as we speculated was to be somewhere in the region of Rs 5 lakh. However, Motorbeam is reporting that Hyosung plans to launch a naked (a la Comet) version of the bike as well, which is going to be priced at less than Rs 4 lakh. At that price, the GT650 would really be an absolute steal, and would be an incentive for a lot of people to start saving up.
While there has been no official work from Hyosung about the pricing, we know for a fact that the company is planning to price their motorcycles aggressively in India. Hyonsung doesn’t really have that terrific a brand value globally, or even in the Indian market for that matter. Nor do they have a very exhaustive sales and service network in the country. The only thing that can probably see them sail through is the pricing. Let’s hope they play their cards right.