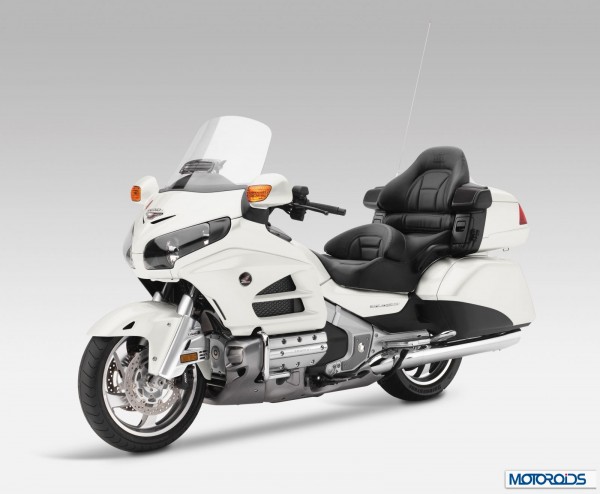 Move over, all ye puny machines, the undisputed king of long-distance tourers is here! To coincide with its 40th anniversary, Honda Motorcycles and Scooters India (HMSI) has launched two versions of the Gold Wing GL1800 in India.

Powered by a 1832cc liquid-cooled horizontally opposed six-cylinder engine, the Gold Wing develops 120 PS of peak power at 5500 rpm and a tree-uprooting 167 Nm of max torque at just 4000 rpm. This gives it a touring ability like no other machine on the market.

But it is not just about that engine. The Honda Gold Wing is the closest you can get to a sofa on two wheels, a motorcycle that envelops you, cushions you from all the harshness this cruel world has to offer. Okay, we went a bit overboard on that last one, but still, the Gold Wing beats all offerings from Harley-Davidson or Victory when it comes to creature comforts. 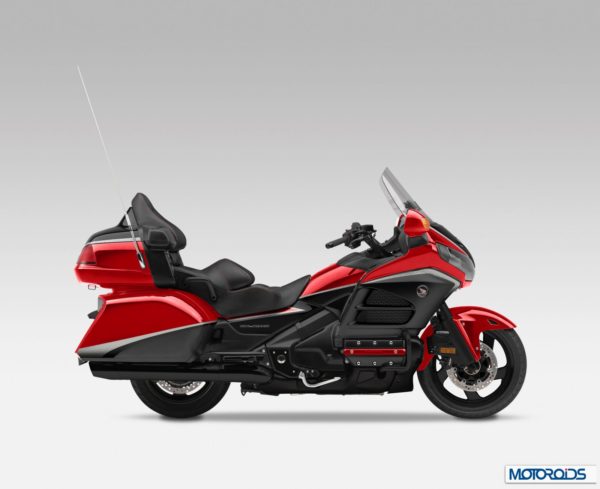 It would take us all day to list all the features of the Gold Wing, so here’s a quick rundown of the salient ones; five-position heated grips, independently adjustable heated seats and a foot-warming system. You can play your music on the move from an iPod or USB thumb drive, while Honda’s Combined Braking System (CBS) and ABS take care of any tricky road conditions. And since this behemoth tips the scales at 363 kg dry, you would be thankful for the slow-speed, electric Reverse system which provides the ease of overall maneuvering in tight spaces and parking areas. And yes, cruise control is standard. 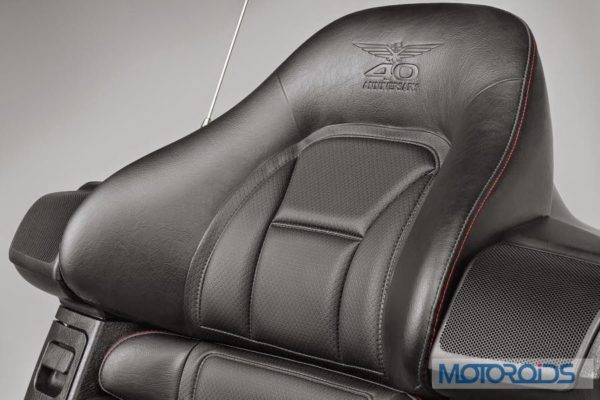 Speaking at the launch announcement, Keita Muramatsu, President & CEO, Honda Motorcycle & Scooter India, said, “We are excited to introduce one of the finest global offerings of Honda to India. We are celebrating 40 years of the Gold Wing and this model has given a new definition to touring. Ever since its introduction in 1975 the revolutionary Gold Wing has been the favourite of the touring enthusiast across the world. It was our customers’ passion for adventure and traveling the open road that really defined the Gold Wing and has further, led us to introduce the same in India.” 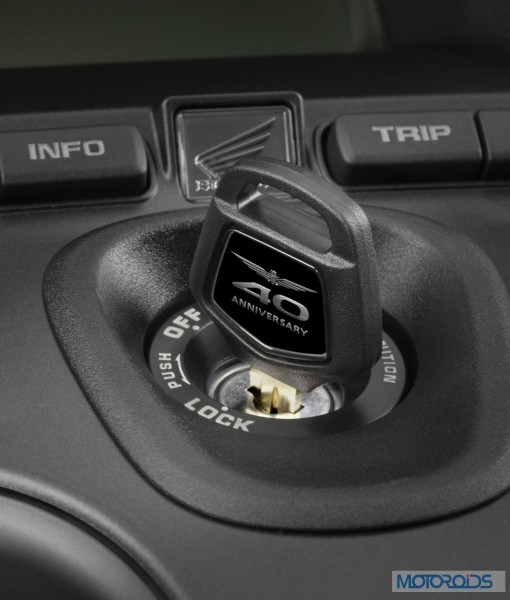 Yadvinder Singh Guleria, Vice President, Sales & Marketing, Honda Motorcycle & Scooter India adds, “Honda Gold Wing introduction to India is further to the overwhelming response it received at the Auto Expo 2014. Deemed as the ultimate pinnacle for tour motorcycling, Gold Wing is a machine with the power, refinement and reliability suited for road tours even at the most far-flung destinations in complete comfort. We believe Gold Wing will further contribute to the remarkably rising touring culture in India. In fact, we have recently made the first delivery of The Gold Wing Airbag at our exclusive Wing World in New Delhi.” 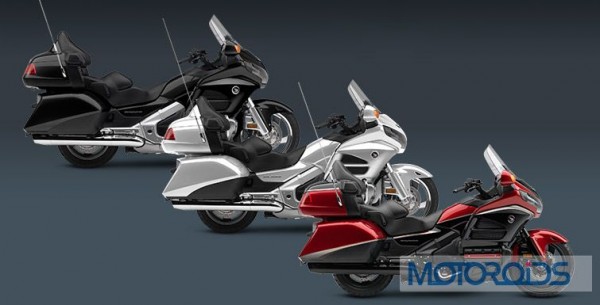 The 40th Anniversary Edition Honda Gold Wing Audio Comfort will be available in Dual Tone Candy Prominence Red at a price of Rs.28.50 lacs while the Gold Wing Airbag in Pearl Glare White will set you back by Rs.31.50 lacs (both ex-showroom-New Delhi).