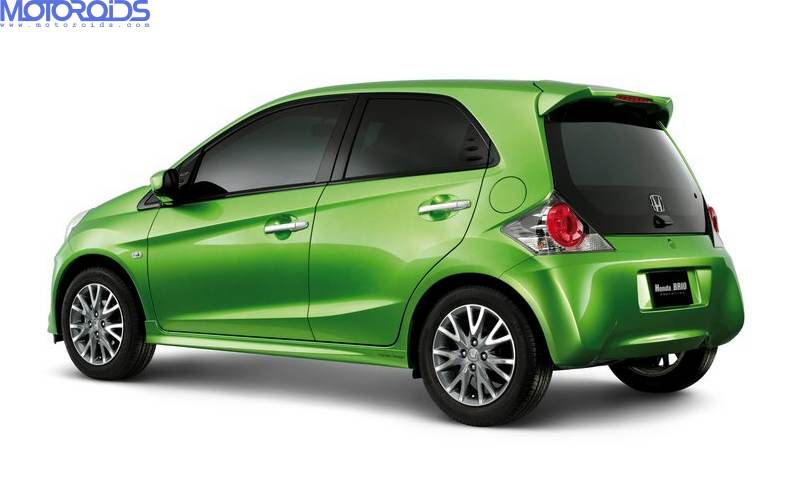 Update: Honda have revealed the official pictures and some details, along with a live prototype. The unveiling happened at the 27th Thailand International Motor Expo 2010, as we had told you earlier. This prototype, unveiled at the Expo today, although meant for the Thai market, won’t be very different when it makes it to the Indian shores.

The Brio will be Honda’s weapon for the mass market in India. The new car will be priced in a region where it could compete with the likes of the Figo, Swift, i10 and even the compatriot rival Toyota’s Etios Liva hatchback . The car is slated to be launched in around Diwali in 2011. And just the way it is with most cars made by international carmakers in India, the Brio will be exported to other markets as well.

The Brio will be powered by the same 1.2-litre i-VTEC engine powering the Jazz. Producing 90PS of power, that should be quite a handful of power for a small car like the Brio and should make it one of the most sprightly compacts in the Indian market.
The dimensions of the new car are 3,610mm x width 1,680mm x height 1,475 mm. in comparison, the Swift is taller, longer and wider (Length 3,760mm Width 1,690mm Height 1,530mm) than the new Honda compact. Space, in the first look, doesn’t seem to be high points of the new car, as was evident when we had a look at the first concept at the Delhi Expo. Although Honda claims that they have managed to package good space inside a compact exterior. Also, Honda asserts that with the new vehicle, they have created an advanced exterior form, which is compact while still having a strong presence. 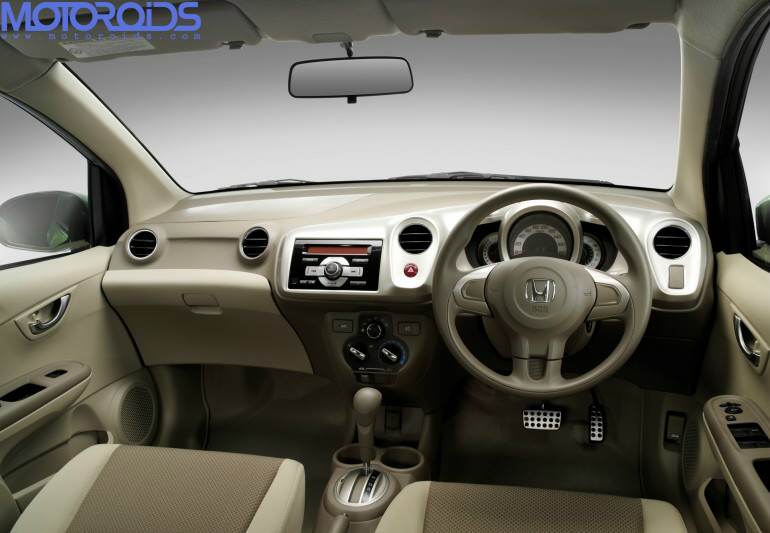 The Brio has been developed with Honda’s ‘Man Maximum, Machine Minimum’ concept. The Brio is primarily designed with urbanscape in mind, and has ease of use on city streets as the driving philosophy behind its design.  For the mass-production model, which will be an entry-level car for which demand is increasing in newly emerging nations, Honda will develop unique versions for Thailand and India to reflect different customer needs in those markets. Moreover, with this vehicle, Honda will leverage the resources Honda has cultivated through its motorcycle business and utilize local sourcing of parts and materials such as sheet steel.

The Thai model will be introduced before the Indian version, and will hit the streets in March 2011. Honda is claiming that the car will have a fuel efficiency of more than 20kmpl for the model. This will help the brio qualify as an eco-car by the Thai government. The starting price of 400000 Baht means that and if its priced at the same level in India, it would cost Rs 600,000. However we would like to assume that the base model price will be lower in India, starting at around Rs 4.75 Lkh ex-showroom.

For the Indian model that is scheduled to be introduced within 2011, local customer needs for a small car will be reflected to the specifications and local content will be increased to create a model that achieves a good balance between vehicle performance and price.

“Honda would like to expand the joy of mobility to more customers in Thailand, India and other Asian countries through the introduction of a new small vehicle with compact and highly efficient packaging by utilizing our own experiences cultivated by motorcycle business here in Asia,” said Takanobu Ito, President and CEO of Honda Motor.

Honda has revealed the pictures and details of its small car for India, the Brio. We have just gotten hold these prototype pictures of this new car. We are scouting for information on details about the new cars’ engine and performance. It’ll take us a few minutes to come up with that update, and more pictures. In the meantime, have a look at these official pictures from Honda, which includes an interior pic of the new car…