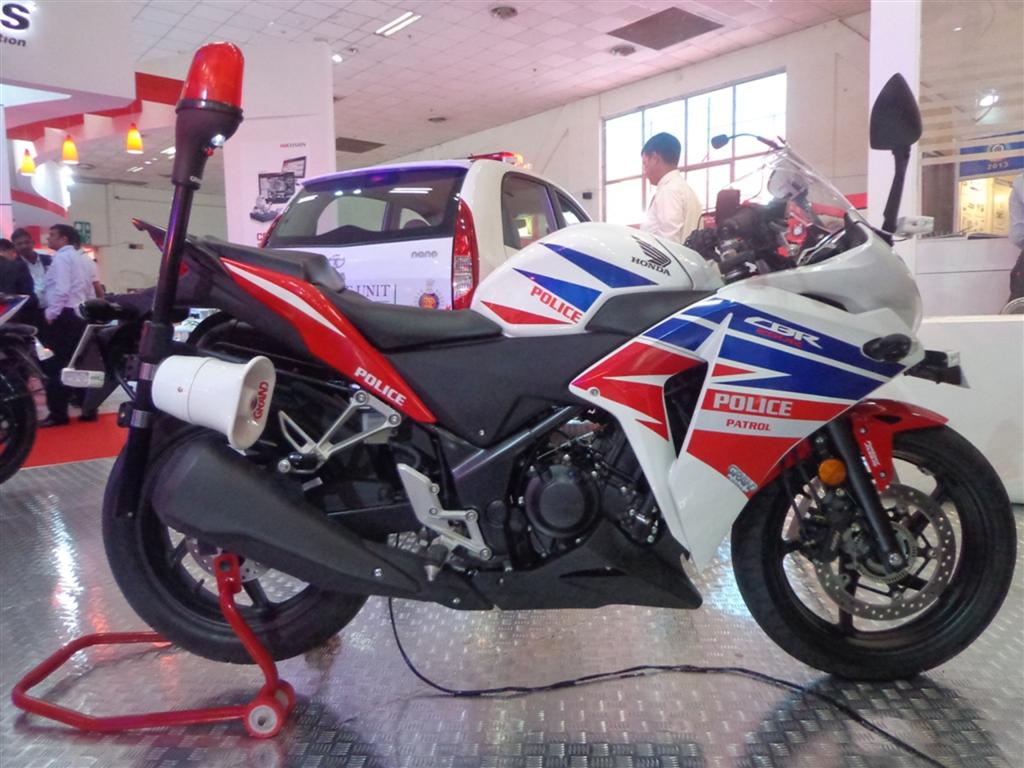 Showcased at the India International Security Expo, the Tata Nano Emergency Response vehicle for the Delhi Traffic Police Force received loads of comments on our Facebook page for being an extremely slow vehicle to handle emergency circumstances. What comes next isn’t a slow vehicle to deal with going by Indian standards.

Honda Motorcycles and Scooters India have unveiled a Honda CBR250R Police motorcycle (new tricolor edition) for the Delhi Police towards patrolling purposes. Honda states that the new CBR would aid cops in responding to situations faster than before. Thankfully no different colour scheme has been given to the motorcycle as the new tricolor CBR variant matches the traditional Delhi Police livery with the only addition being the word “Police” added to the fuel tank, front fairing and the rear cowl. 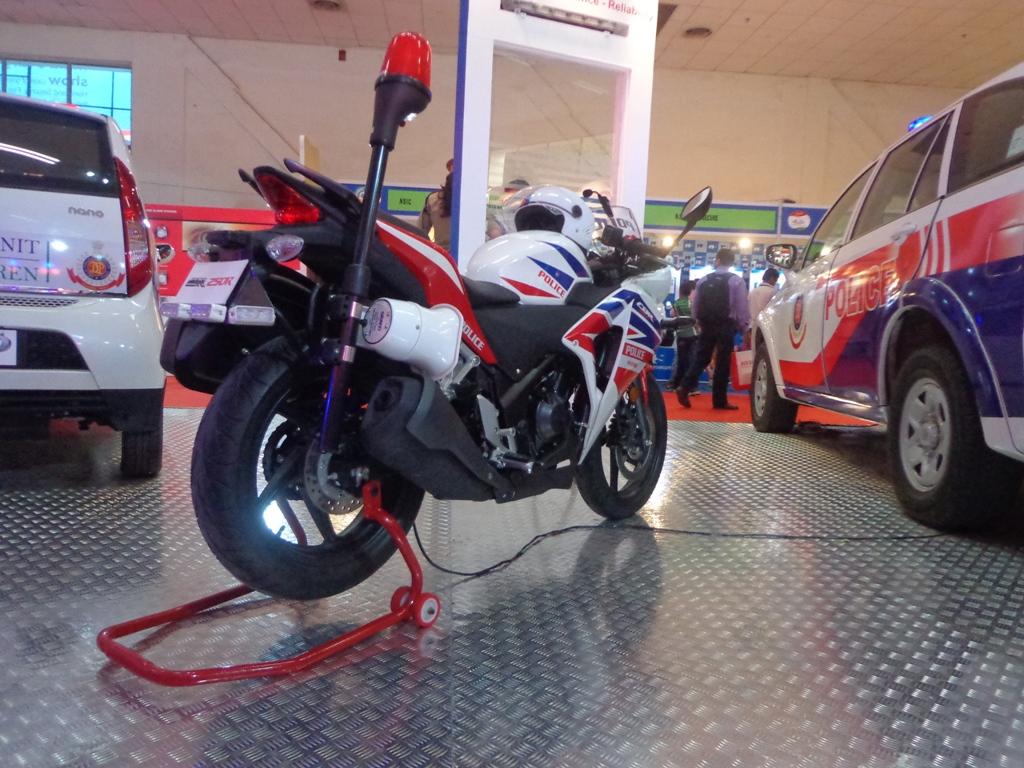 A special helmet with an inbuilt hands-free microphone has been provided with the motorcycle that would enable cops towards addressing the public while on the move. The push to talk system comes with a button that switches to the microphone as and when needed.

No mechanical enhancements have been offered on the Honda CBR250R Police motorcycle that continues to be powered by the same 25.8 bhp 250cc single cylinder engine.