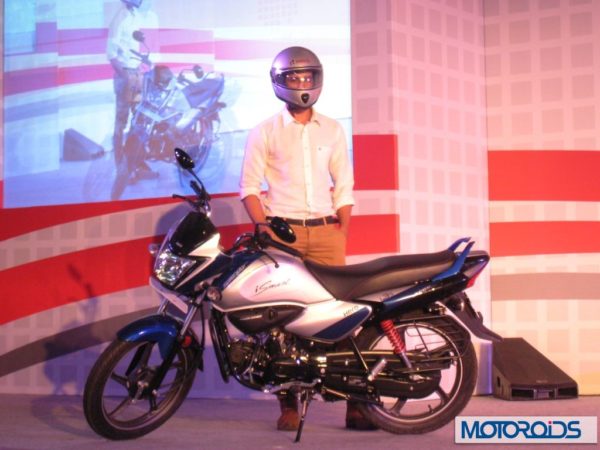 The latest Splendor variant is easily the most comprehensive of the updates that the popular commuter bike has received in recent times. The Hero Splendor iSmart comes at a time when fresh competition, such as that from Honda Dream Neo and Mahindra Centuro, threatens to make a huge dent in the sales of the dated but ultra-competent commuter motorcycle from Hero. 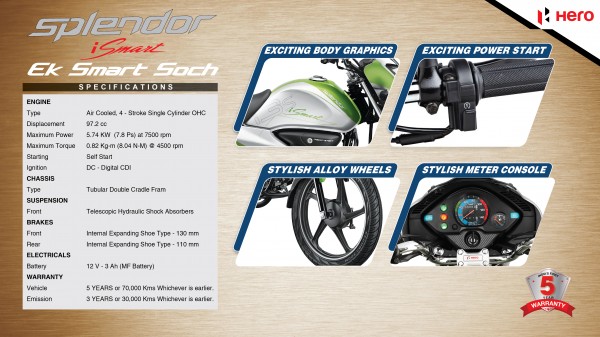 The new 2014 Hero Splendor iSmart’s claim to fame is its new Idle Stop-Start System (i3s). The new feature definitely gives the new Splendor variant an edge over its immediate rivals and would definitely appeal to the fuel economy conscious buyers in the entry level bike segments. This features works much like a ‘micro-hybrid’ and cuts off the ignition when it senses that the bike has been stationary for considerable bit of time. The engine comes back to life the moment it senses that the bike needs to move ahead. This feature would ensure that the bike saves on fuel during traffic light stops and under other similar conditions.

Mechanically, the bike remains unchanged and will continue to be powered same tried and tested 97.2cc, single-cylinder engine that powers the current variants. This motor will endow the bike with a max power of 7.8 PS @ 7500 RPM and a peak torque of 8.04 Nm @ 4500 RPM.

However, the 2014 Hero Splendor iSmart could get a new 100cc motor that will developed ‘in-house’ by Hero MotoCorp.

Stay tuned to Motoroids for more updates on the 2014 Hero Splendor iSmart. 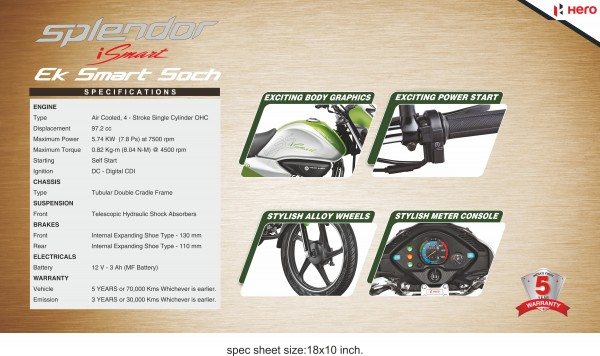