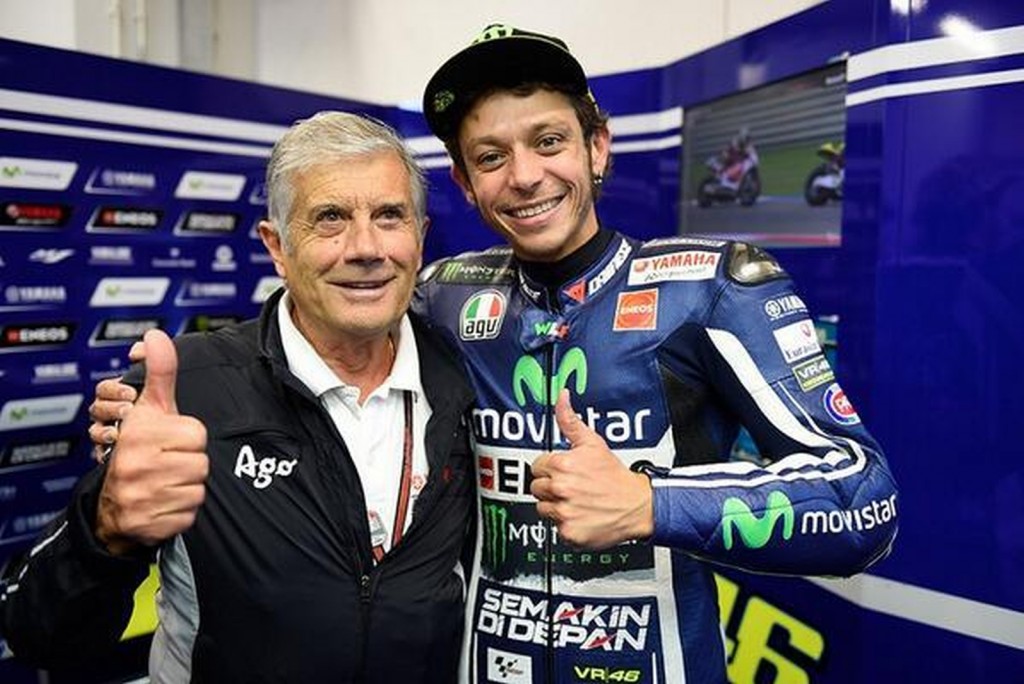 Fifteen-time world champion, Giacomo Agostini, shared his view on the incident between Rossi and Marquez which took place in Malaysian Grand Prix, “Marcquez had something to do with the reactions of Valentino Rossi”, said Agostini, though he did not like what his countryman did. “Valentino is a great champion who knows how to maintain control, but this time he simply lost his way,” he said.

Valentino was demoted to the back of the grid for the Valencia season finale as punishment for running Marcquez wide and causing him to crash during their fight for third place. “In fact, in the past, Rossi had often gone in risky situations or was brought into those, but always kept cool and emerged out as a winner, but on Sunday he was out of control.” He later added, “I can understand that he was very nervous since he was fighting for the title, but you cannot make a move like this”

The battle fired up after Rossi accused Marcquez of favouring Jorge Lorenzo’s title bid during the Thursday press conference, and Agostini said the 36-year-old would have been wiser to keep his feelings to himself until after the end of the season.

“I am convinced that Valentino was angry, exhausted, worn out, but I think that Valentino did not need to create the controversy that he did on Thursday. He could have expressed his feelings later, after Valencia, he could have said it all.”, added Agostini.

While talking about what he feels about Rossi’s ‘kick’, he said, ” Valentino has not kicked, or caused Marcquez to fall , but when he extended his leg it touched the front brake lever. That episode for me is clear, but Valentino was punished for the act of bringing Marcquez so outside . That’s what triggered everything. ”

About Marcquez Agostini stated, “I do not know, but if you have in mind that one steals, even if it is not true, for you he is a thief. This time Valentino fell for Marcquez’s game, who played smarter than him. If you have passed and passed through a trap infinite number of times, you can not fall into it again, especially if your name is Rossi. ”

Agostini did not spare Jorge Lorenzo in words, ” If I were him, I would not have said anything, seeing how it went”. However, he justified Marc Marcquez, “You can not punish one if you slow down . ”