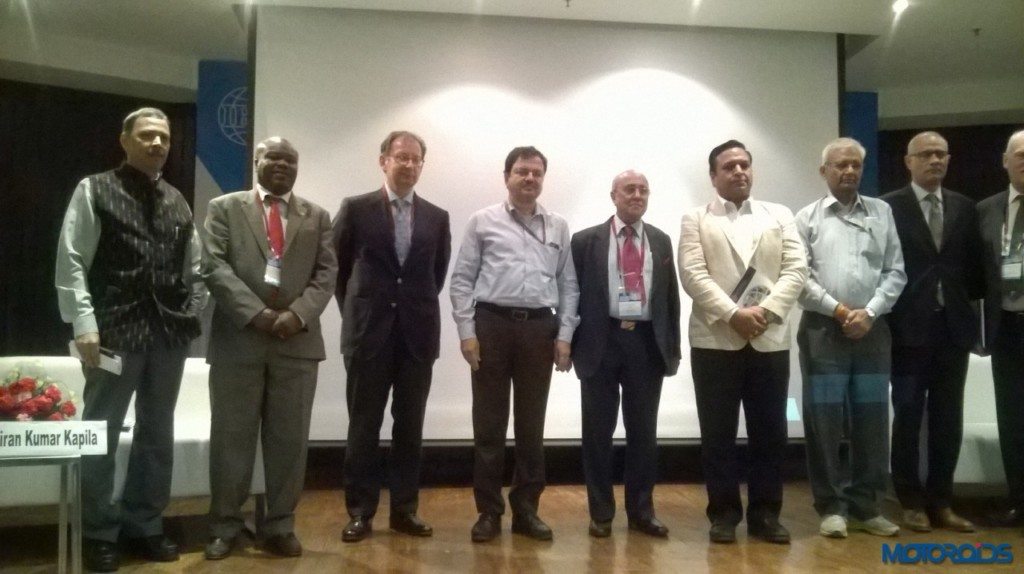 The government is planning to make reversing sensors / cameras mandatory for all passenger cars. This is to ensure that accidents that happen due to smaller objects which are not visible in the rear view mirrors don’t become the cause or victims of an accident.

We received the press release this morning, and it had a major error. Thankfully, upon pointing out, the agency took prompt action and sent us the corrected press release. Here’s the appended release, talking about the government’s noble intent to make rear view sensors / cameras mandatory on all cars.

With an aim to reduce increasing risk to small children and pedestrians from reversing or rolling back  motor vehicles , government will soon make rear view sensors or backup camera’s mandatory on all new vehicles. Recently a Three year kid had died in Delhi due to reversing vehicle in front of his parents.

“Although most cars come equipped with rear view mirrors which are adequate for detecting vehicles behind a car, but they are inadequate on for detecting small children or objects close to the ground, which fall in the car’s blind spot. The Ministry of Road Transport and Highways (MoRTH) will soon issue a notification to make rear view sensors mandatory in all vehicles.” said Mr Abhay Damle , Joint Secretary, Ministry of Road Transport and Highways (MoRTH) while speaking at   curtain raiser for World Roads Meet (WRM 2017 ) organised by International Road Federation (IRF) late last evening.

Along with the rear sensors and cameras, speed warning systems and air bags will also be offered as standard equipment in all cars very soon.

“As more than 50,000 (Fifty Thousand) fatal accidents in the country take place due to overs speeding, The Road Ministry is also planning to make speed warning beep audio warning  mandatory in vehicles on similar lines of seat belt wearing sign. At speed of 80 small beep sound warning will come and  after the speed of 90 a continuous beep will alarm the speeding driver.” said Mr Damle..

“The government has already made it compulsory for all two-wheelers, which account for the highest share of accidents in the country, to either have the anti-lock braking system (ABS) or the combined braking system (CBS) by April 2019. Apart from rear view sensors and speed warning,  air bags will also become mandatory in all vehicles soon. From October 1, 2018  all vehicles will have to go in for automated inspection and  fitness certification  test with hardly any human intervention, similarly Driving Licence test will also become automated by that time. This will help in reducing fatal road accidents.” Said Mr Damle.

“ In The Motor Vehicles (Amendment) Bill , which will be introduced in the coming winter session of the parliament has made provisions for legal protection of Good Samaritans who help accident victims.  Government has added a significant clause under which a Good Samaritan’s affidavit will have the legal force of a statement. If a statement is required, it should be recorded in a single examination. And for further information the judicial or law officer will have to go to his house and record the statement “said Mr Damle .