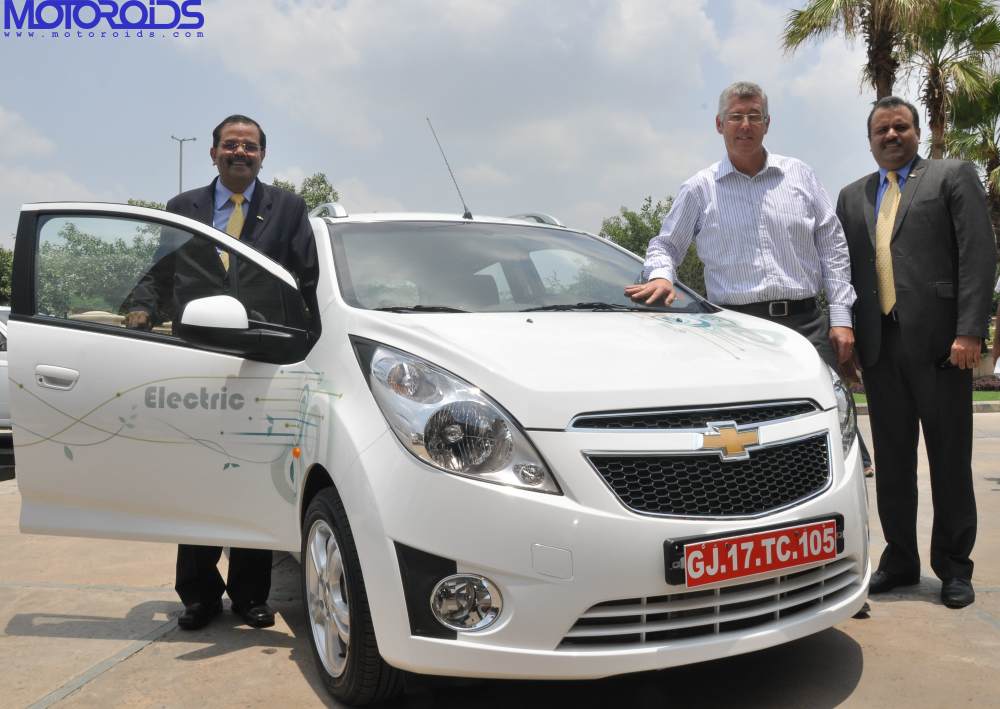 GM India have revealed their Beat EV today, as a part of the celebrations for the World Environment Day. It’s notable that this is not a launch, and just a showcase. The reveal of the Beat electric car is also a step by GM India towards understanding the relevance and feasibility of such electric vehicles in the Indian context. The vehicle would also help GM India showcase the effectiveness of battery electric vehicle technology in India. GM India engineers will also use the vehicle to address potential cost savings to help make BEVs more affordable for global customers.

The Beat EV is powered by a 300 cell lithium-ion battery with a total energy capacity of approximately 20 kWh, the 270 kg battery can power the Beat for at least 130 km under normal driving conditions. The Beat Ev’s batteries take eight hours to charge completely. The liquid cooled battery can operate in temperatures ranging from approximately -20 to 45 degrees, with charge times of less than 8 hours using a 240V outlet. Power from the battery is transferred to the drive wheels through a single speed drive unit and an electric motor producing approximately 45kW (61 PS) of power.

According to GM India, the learnings from this demonstration Beat EV fleet, and others around the world, will strengthen GM’s core vehicle electrification competencies including batteries, electric motors and power electronic and controls, and charging. GM India is already offering a range of alternate fuel vehicles including Chevrolet Beat LPG, Chevrolet Spark LPG and Chevrolet Aveo CNG to its valued customers. Internationally GM offers the Chevrolet Volt and Opel Ampera cars as two of the leading petrol electric hybrids.

GM has one of the most advanced battery labs in the world at its Technical Center in Warren, Michigan in the United States and will be opening a new battery lab in China soon.

Speaking on the occasion, Mr Karl Slym, President & Managing Director, General Motors India said, “General Motors is committed to providing customers around the world with electrification technologies that will reduce their fuel consumption, helping them save money. GM India will lead in this ‘tailored for India’ demo program for battery electric technology, with Chevrolet Beat chosen as the best way to evaluate the technology. We are delighted that Chevrolet selected India as an important market to test battery electric technology, while recognizing the capabilities of our engineering team to help identify ways to make this technology more affordable.”