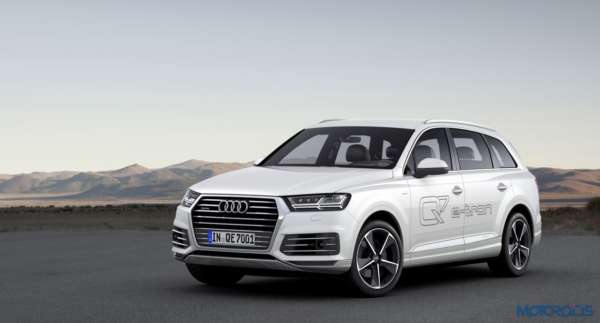 Petrol heads can curse the electric invasion that has hit the car world as much as they like, however, like everything else, what you despise at first, the same thing somehow manages to surprise, once you delve deeper. Take the new Audi Q7 e-tron for example, it is Audi’s first diesel plug-in hybrid that is powered by a six-cylinder TDI engine which develops 373 PS, has an electic-only range of almost 54 kms and will go on to cover a transcontinental distance of 1409 kms on a full tank of diesel and electric power combined. 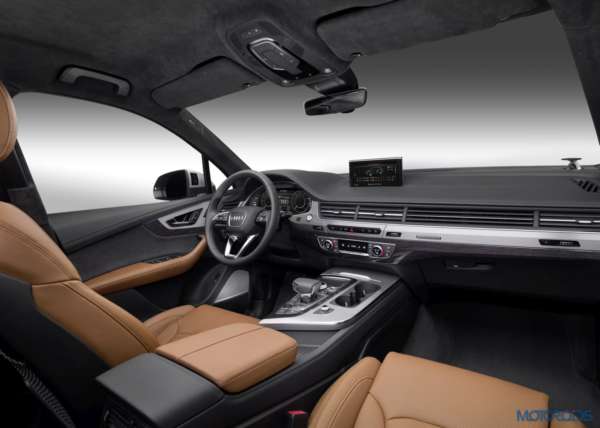 Powered by 168, liquid cooled, lithium-ion batteries which replenish all their energy in just two and a half hours, the Audi Q7 e-tron leaves behind less than 50 grams of CO2 per km. What also takes you closer to that Stockholm syndrome feeling is the fact that this Greenpeace activist on wheels isn’t a slouch either. With a combined power output of 373 PS and 700 Nm of torque, it sprints from 0 to 100 kph in 6.0 seconds and goes on to hit a top speed of almost 224 kph, still returning an efficiency figure of 58.77 kpl. Developed as a parallel hybrid, the internal combustion motor that powers the Q7 e-tron is the same old 3.0-liter, V6, TDI that pumps out 258 PS of power and 600 Nm of torque. Perched on active engine mounts – a world first for a diesel engine – it eliminates unwanted vibrations through selective counter pulses. The disc-shaped electric motor on the other hand churns out 94 Kw and 350 Nm of torque. Together with a decoupler, it is integrated into the eight-speed tiptronic, the quattro permanent all-wheel drive transmitting power to all four wheels. 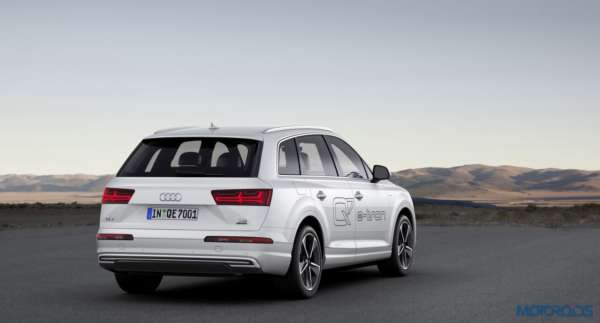 Taking efficiency to the next level, the standard thermal management system with an integrated heat pump makes it possible for the waste heat from the electrical drive components to be made available to the interior of the Q7 e-tron quattro. Audi offers its customers an optional package of e-tron services. They range from changeover to renewably generated electricity (Audi Energy) to installation and customer service. A convenient solution is also provided by the standard e-tron services in the Audi connect portfolio, for controlling functions like charging and air conditioning via smartphone.

The Audi Q7 e-tron comes with four driving modes which the driver can pick from. The EV mode prioritises electric driving, while in hybrid mode hybrid management decides on the type of drive for the most part freely. In battery hold mode, the system stores the available electrical energy, and charges the battery in battery charge mode.  When the hybrid mode is active and the eight-speed tiptronic with integrated electric motor is in shift position D, the Audi Q7 e-tron quattro changes to coasting mode once the driver takes his foot off the accelerator. The TDI and electric motor are then deactivated. Should the Audi Q7 e-tron quattro approach a slower vehicle ahead or a traffic circle or the city limit, the coasting mode ends in favour of controlled regenerative deceleration. To detect the traffic situation ahead, the data from MMI navigation plus, the front camera and (if adaptive cruise control is on board) the radar sensors are used. When driving in shift position S and in the battery charge mode, energy recovery begins as soon as the driver releases the accelerator. 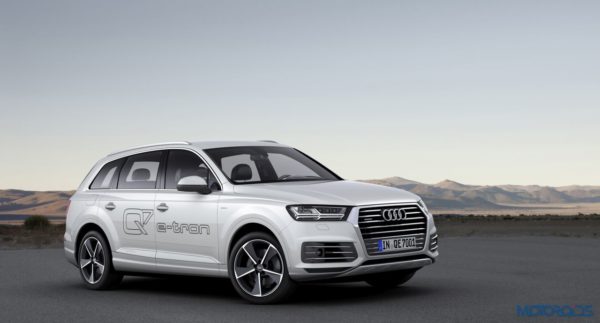 The MMI navigation plus is closely integrated in the hybrid management system in the Audi Q7 e-tron quattro. Based on the navigation data and real-time traffic information, the most fuel-efficient choice of four modes can be calculated along the route to the destination as soon as the car is started, even for long distances. During driving, the predictive efficiency assistant supplies highly precise information on the near surroundings – creating a detailed picture of up to 1.9 miles ahead along the route from the navigation and camera data as well as from the radar information. 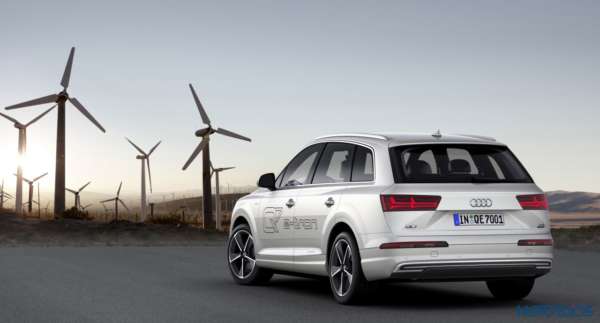 Audi also uses the latest technology from consumer electronics in the area of infotainment. Its main element is the second-generation modular infotainment platform, which utilizes the enormous computing power of the Tegra 30 graphics chip from NVIDIA. Operation is by voice, with the multifunction steering wheel or with the completely newly developed MMI terminal. Consumption statistics are available, for example, along with a graphic display of the electric range in the navigation map. Charging as well as the preliminary air conditioning can also be time-controlled and adapted to the customer’s requirements, such as departure time, so as to save resources and costs. The options for the large SUV include a head-up display and a panoramic glass sunroof. If desired, the driver and front passenger can sit on climate-controlled customised contour seats with massage function.

The new Audi Q7 e-tron quattro also sets standards in assistance systems. New, for example, are collision avoidance assist, turn assist, cross-traffic assist and trailer assist. The adaptive cruise control including traffic jam assist takes over the steering from the driver on well-paved roads at speeds of up to 40 mph if the traffic is slow-moving. And of course, with all this, a charging cable comes as standard.