Along with the new gen Audi TT, the Ingolstadt based car maker has also introduced the TT Quattro Sport Concept at the ongoing Geneva Motor Show 2014. 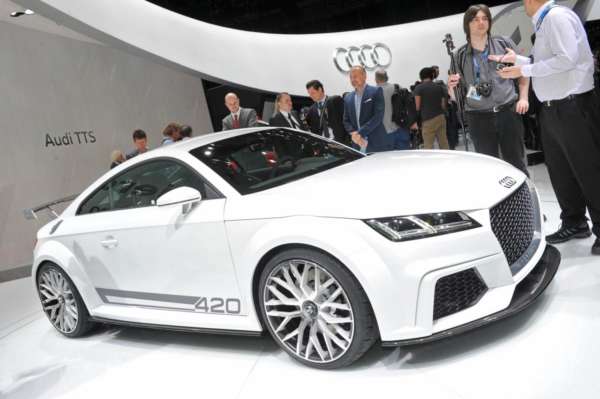 The car tips the scales at 1,344 kg (2,963 lbs), thanks to the light engine, and does the 0-100 kmph dash in just 3.7 seconds. The engine is mated to a quick-shifting S tronic dual-clutch transmission, which sends power to all the wheels. 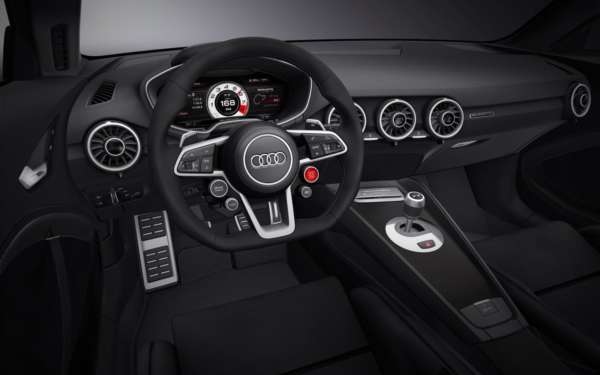 The new TT concept boasts of a new diamond-pattern front grille, matrix LED headlights (first introduced on the A8) and massive air intakes. The car gets new 20-inch alloy wheels and also a CFRP splitter along with extended wheel arches and a diffuser made from carbon fiber reinforced plastic. There’s also a big rear wing to increase downforce while the two large circular tailpipes enhance the rear sportiness. 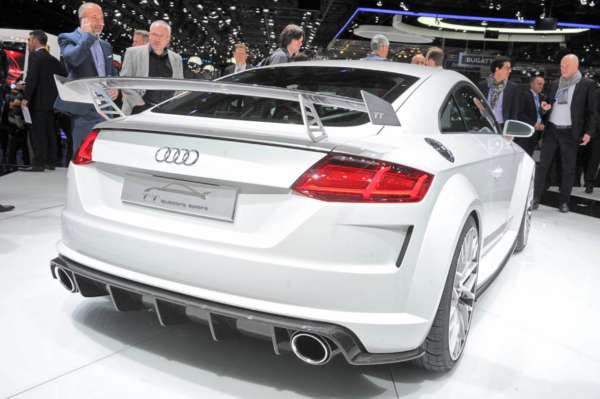 The interior of the car has been stripped down to reduce weight. The speakers and the armrest has been removed.  Audi has fitted the concept with bucket seats with black four-point seatbelts along with a 12.3-inch TFT fully digital display also found in the revamped TT. The red start/stop button has been positioned on the steering wheel where the driver also has access to the buttons to control the large screen.