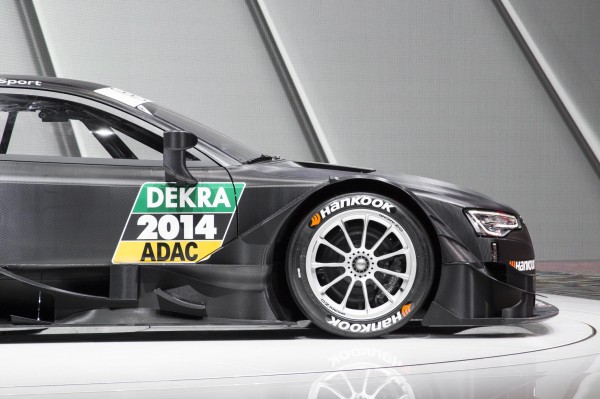 Audi has unveiled the new generation of the DTM Championship winning car at the  Geneva Motor Show 2014.

The 2014 Audi RS5 DTM has a redesigned aerodynamics package and looks more aggressive.

“In addition to the suspension, our main priority was to improve the aero,” says Stefan Aicher, Head of Vehicle Design at Audi Sport. The RS 5 now has the honeycomb grill from the production car at the front and new air ducts feeding the engine and brakes. As a result, the race car now shares an almost identical look to the RS production models. “The DTM rules are strict, which is why minute detail work is required within the tight limitations.”, Audi said. 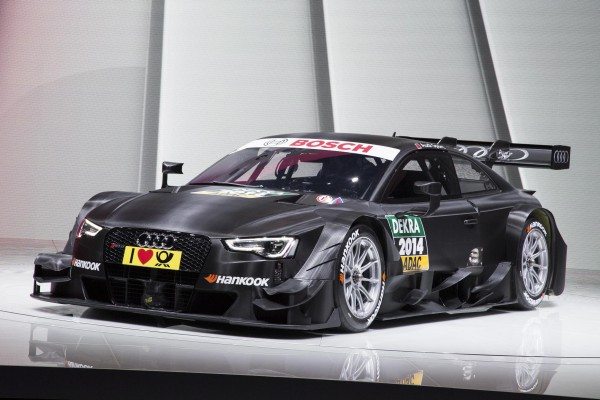 “For example, we made suspension modifications to the front and rear axles, from which we expect improvements,” says Audi , without wishing to go into too much detail.

“In production development, we tackle the challenge of making good cars even better day by day,” says Prof. Dr.-Ing. Ulrich Hackenberg, Member of the Board of Management for Technical Development of AUDI AG. “This applies to Audi Sport as a part of Audi’s Technical Development as well. The most recent results achieved by hard work are an all-new R18 e-tron quattro that we’re aiming to stand our ground with at Le Mans and in the WEC against Porsche and Toyota, plus a largely new RS 5 DTM with which we’re aiming to keep our number-one spot in the tough competition with BMW and Mercedes-Benz. Of course, neither of these commitments is an end in itself: Motorsport at Audi accelerates the development of new technologies.” 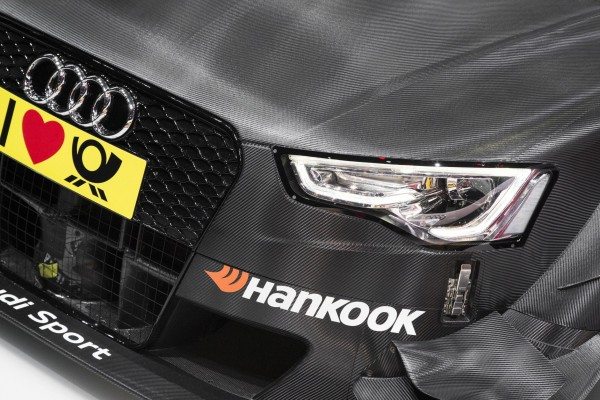