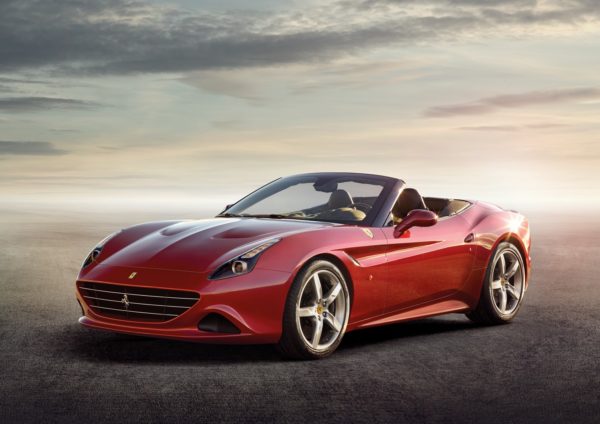 The Ferrari California T, which in the word of its manufacturer “epitomises elegance, sportiness, versatility and exclusivity”, will be unveiled at the fast approaching Geneva Motor Show 2014, next month.

The California T, while boasting of some new features, retains the signature features of California such as the 2+ concept, a refined cabin and, the retractable hard top (RHT), which transforms it from a coupé into a spider in a mere 14 seconds.

For the California T, Maranello’s engineers have created an entirely new power unit which delivers higher levels of performance, better pick-up and a more exhilarating soundtrack. Ferrari claims that it is the very first time that virtually zero turbo lag has been achieved on an engine of this type. 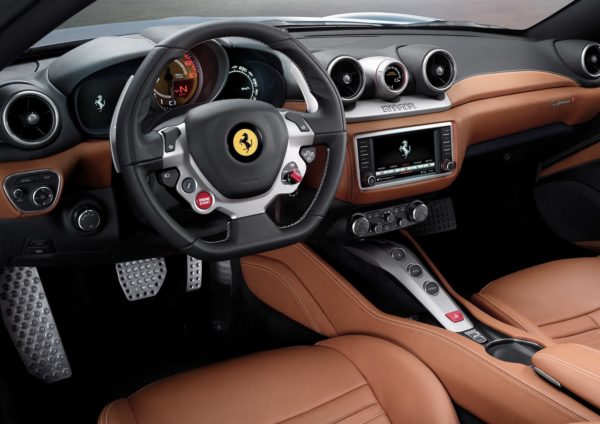 The direct-injection, 3855 cc turbo 8-cylinder is mounted very low in the chassis in a mid-front position and delivers 560 cv at 7500 rpm, which translates into a specific power output of 145 cv/l – the highest in its category – as along with maximum torque of 755 Nm.

The manufacturer claims that the California T can accelerate from 0 to 100 km/h in just 3.6 seconds. The California T is dynamically well sorted out and thanks to reduced steering wheel activity and improved steering response to driver input, courtesy of a new steering box and suspension set-up, has higher handling prowess. New springs and latest-generation Magnaride dampers (which respond 50 per cent faster), combined with body motion accelerometers, reduce roll and pitch for more precise handling whilst still guaranteeing an incredibly comfortable ride. 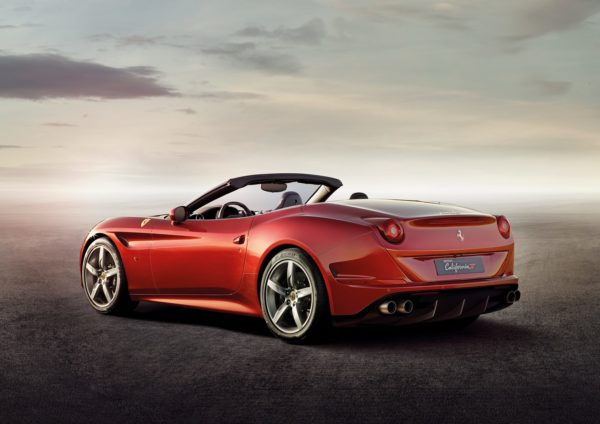 As we said earlier, the new Ferrari California T will be unveiled at the Geneva International Motor Show in March and will be launched in two colours: Rosso California and Blu California.

Auto and Motor Shows
,
Ferrari
,
Ferrari California
,
Geneva Motor Show
,
News
,
Upcoming Launches
,
Motoroids Comments
Facebook Comments
Leave a Reply Cancel reply
Popular Stories
This Digital Render Of Tata Motors’ Premium Sedan Is Full Of Sharp Imagina...
Hyundai Creta 7-Seater Version: What Could It Be Like?...
The WR 155R Could Be The Perfect Additon To Yamaha India’s 150cc Portfolio...
Five Most Affordable Automatic Hatchbacks in India...
All The Cars You Can Buy With A Factory-Fitted CNG Kit...