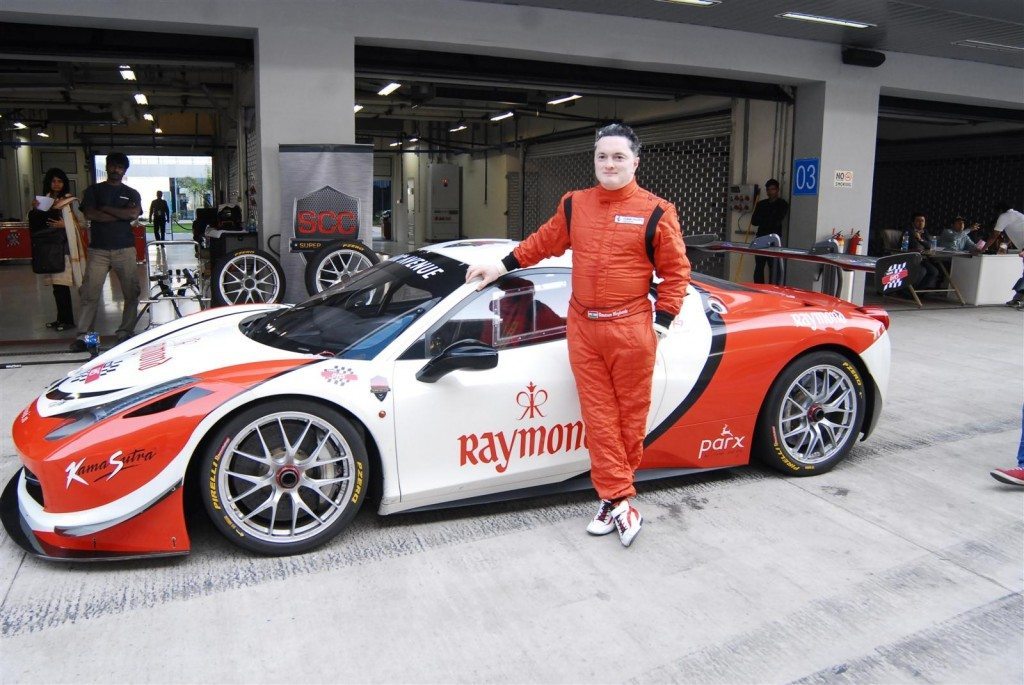 Mr. Gautam Singhania, Chairman and Managing Director, Raymond Limited set the Buddh International Circuit, India’s iconic Formula One track blazing as he raced India’s first and only Ferrari 458 Challenge. He has accomplished an astonishing feat of being the fastest on the track in a non-open wheel car, after his dramatic victory at Malta’s European Allstars Drifting Championship.

Mr Singhania becomes the fastest in a non-open wheel car on the Buddh International Circuit when he clocked 1 min 59 secs to complete a lap (which is 5.1 km). He beat his last record of 2 min 1 sec yesterday when we was racing on the track in his Ferrari 458 Challenge. The past two days has been a record of sorts for the super car and driving enthusiast, considering that Monday he completed the day with 98 laps, followed by Tuesday which saw him do over 109 laps on India’s Formula One track. This makes an average of over 500 km per day.

Speaking after a few of his laps, Mr. Gautam Singhania, Chairman & Managing Director of Raymond Ltd. and Founding Chairman of the Super Car Club said, “It is a great experience to be on this world-class track and to be racing along with motorsport enthusiasts. India with its large base of auto lovers has the potential to be on the global motorsports map. While super cars and speed have always been my passion, I believe that such track days and achievements on the track will instill confidence in India’s youth to take to motorsports seriously in the future.”

Mr. Singhania is a pioneering enthusiast of sorts in the Indian motorsport landscape. He has been successfully organizing the Parx Super Car Show for five years now, bringing together numerous super cars from across the country to a single venue for the city of Mumbai to view.

Mr Singhania also unveiled India’s first and only exclusive drifting car last December, taking forward his emphatic win at the All Stars European Drift Championship held at Malta in September 2012 in the amateur category. The event saw over 30 participants competing in an intense final which Mr. Singhania won by the point difference of 2.5. Other racers in the competition hailed from all across Europe making Mr. Singhania the only Asian and Indian to have participated and won.

Mr. Singhania is the co-founder of the Super Car Club which has launched various activities to promote the popularity of these super machines in India. The club, last year undertook a thrilling expedition to Leh-Ladakh. SCC, under the leadership of Mr Singhania, is promoting drifting as an auto sports in the country.