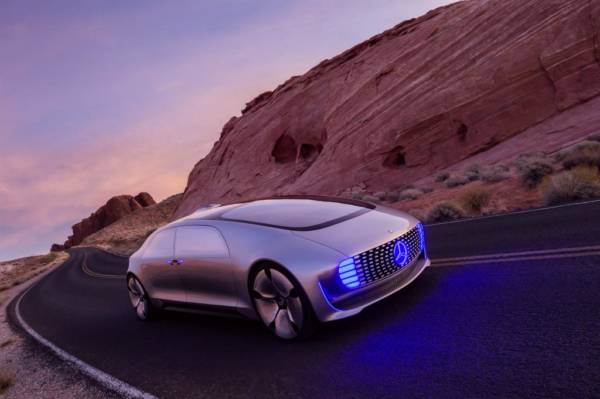 It’s called the Mercedes-Benz F 015 Luxury in Motion, and envisions how luxury cars will evolve in the years to come. Of course, if you’re a wealthy man in 2030, you’d be spared from the hazards of driving and appointing a chauffeur, unless you’re an enthusiast. The F 015 will gladly pilot itself, and let you indulge inside its massive, ultra-futuristic confines, which Mercedes believes to be the ultimate four-wheeled gratification. 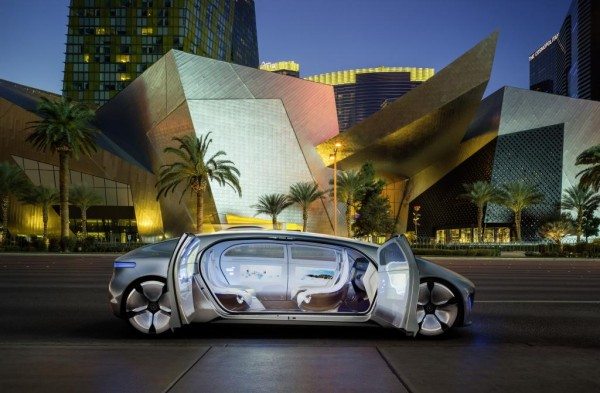 The fully-autonomous F 015 is over 17 feet long, and has a Maybach beating wheelbase of around 3.6 meters. The chassis is a combination of aluminum, high-strength steel, and carbon fiber reinforced plastic, which makes it around 40 percent lighter than a current S-Class (W222). It might looks like a glorified hot dog bun riding on gigantic 26-inch wheels, but once you take a peek inside, you might as well whip yourself to death for saying that. 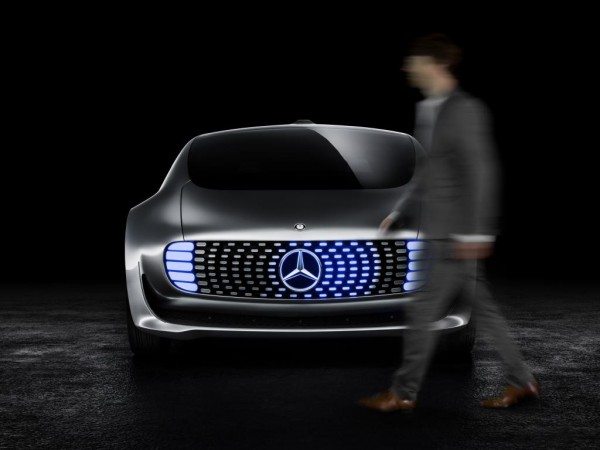 As soon your well-heeled self nears the F 015, it recognizes either the expensive smartphone or the smart-watch and unlocks itself. The four suicide doors open to 90-degrees and ushers you into this dreamy realm, a cocoon draped with walnut wood veneers and white nappa leather. But the main highlight inside are the four swiveling lounge chairs. 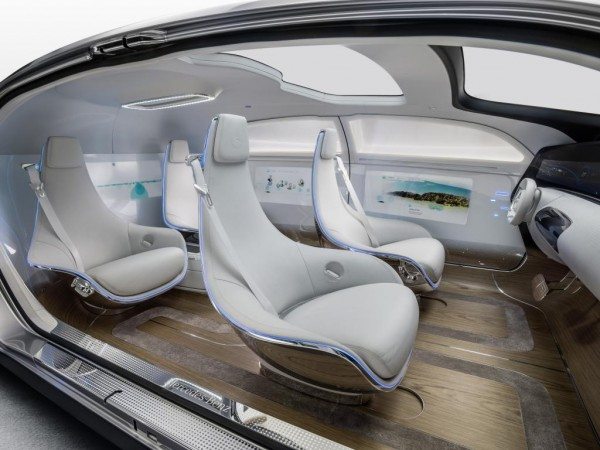 As soon as the doors open, the chairs turn around to greet your wealthy bottom, and then swivel back inside. With the doors shut, passengers have access to six interactive, touch screen displays that form what Mercedes calls a “digital arena”. The screens also use eye-tracking and gesture controls when physically touching something becomes too much of a chore. Everything, included the infotainment system and the climate can be controlled through those screens. 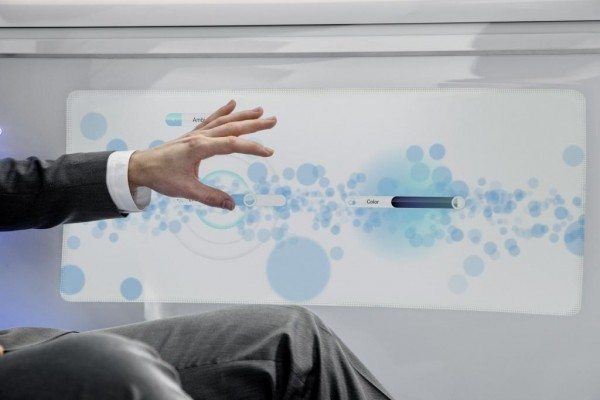 If you’re too bothered with what’s happening outside, a projector uses augmented reality to show landscapes like forests, lakes, and mountains on the windows, all of it synced to the speed of the car to avoid motion sickness. A “maneuver blinking” function glows to let the rear-facing passengers know when there’s bend or abrupt braking coming up. 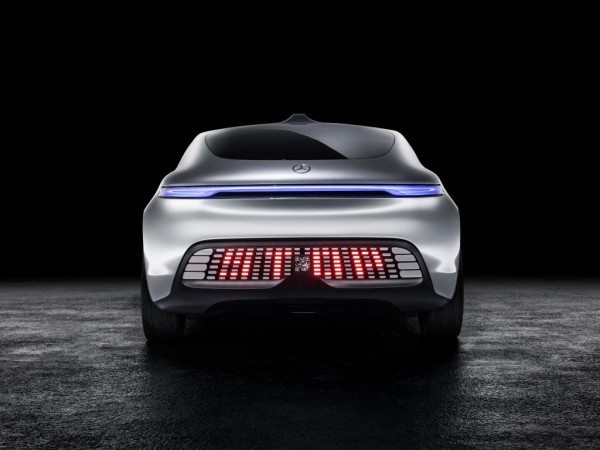 There are no rear view mirrors or a license plate, them having been replaced by Quick Response codes, but F 015 can also self-park and pick up friends. Once in a blue moon, at the end of a long day, ravaged with meetings and caffeine, you might want to take the wheel to calm the senses. The front seats swivel towards the opulent dashboard, from where a steering wheel extends out to greet you. 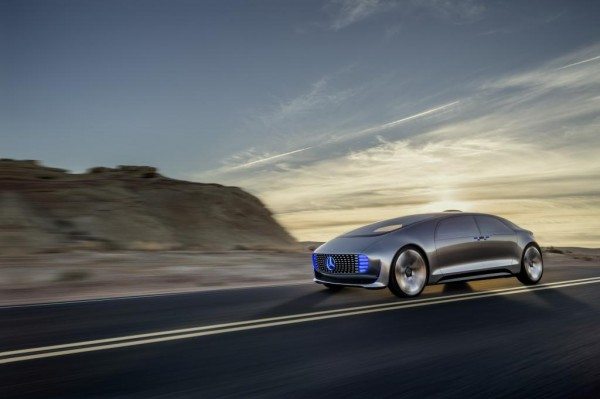 With you piloting the F 015, the exterior LEDs change from blue (autonomous) to white (manual) to let people outside the car know who/what is in control. Just like in the Future Truck, those LEDs are the medium to communicate with the outside world. To warn other minion motorists, the words “stop” or “slow” are displayed behind and the F 015 can even audibly acknowledge pedestrians to “please go ahead”. 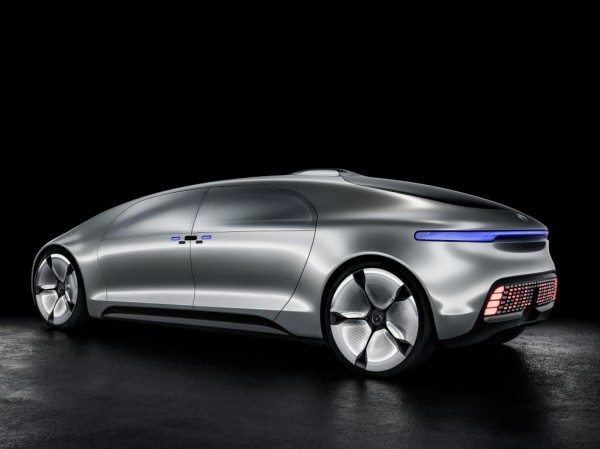 By 2030, internal combustion will be on its way out, so the F 015 will make use of hydrogen-electric hybrid drive-train generating 272 HP and 148 pound-feet of torque. That doesn’t sound like much, but the F 015 is all about wafting in serenity and utter opulence, where a noisy, inefficient and archaic V12 would be a little out of place. 100 km/hr comes up in around 6.5 seconds, and it’ll reach a leisurely top speed of 120 MPH. Range is around 120 miles on electric power alone.The F 015 part of what Mercedes envisions for the future of mobility, including special “safety zones” where only autonomous vehicles are allowed to be driven and where cities can consolidate self-driving cars to maximize street capacity.