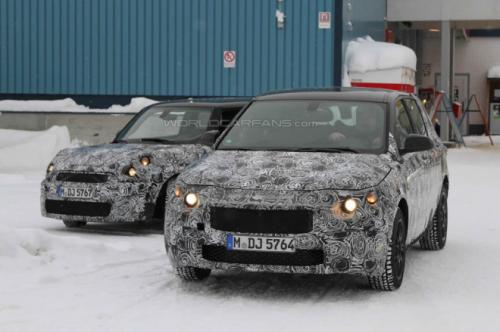 BMW is busy with the winter testing of its new models and this time, worldcarfans.com managed to catch the 2013 BMW 1-series GT being tested. The car was caught in the snow alongside a MINI prototype. Precisely speaking, BMW is testing the front wheel drive system of the upcoming generation of the 1 series. BMW is borrowing the FWD system from their sister brand and this probably explains the role being played by the camouflaged MINI. In order to conceal the eventual styling, a big thick casing was seen attached to the upcoming model. However, it could be easily made out that the car boasts of a high roofline (as seen on the elder sibling-5 series GT) 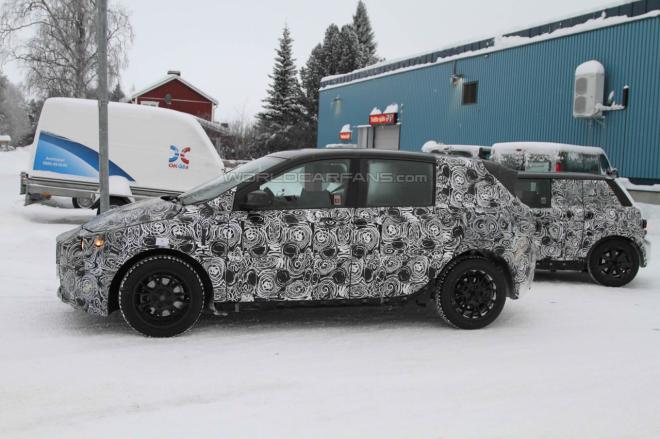 The 1-series GT should be christened as a Compact Activity Tourer and it will be half a shoe size larger than the 3-dr and 5-dr versions. 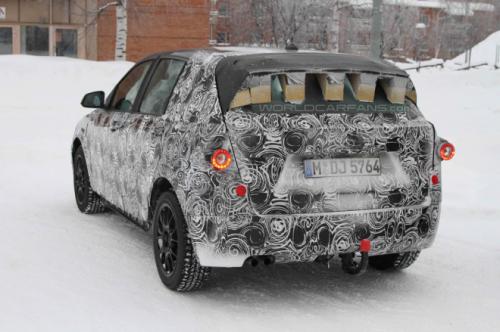