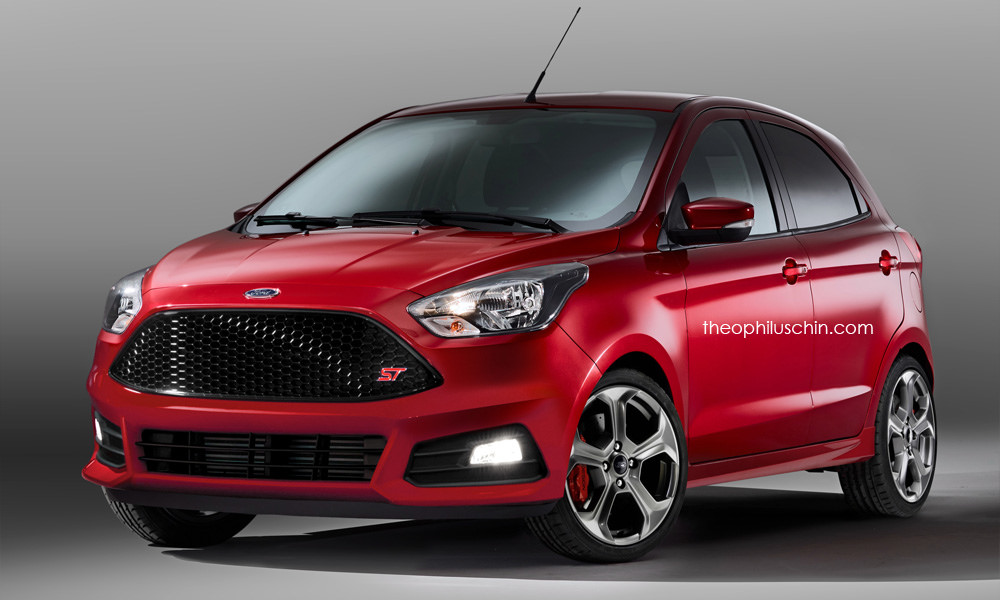 Amongst all the premium hatchbacks and their derivatives sold in the country, the new Ford Figo, arguably, offers the most in terms of driver involvement, after the Fiat Punto Evo and its hard boiled Abarth version that is. It’s a legacy that started with the fun-to-drive Ikon and Fiesta models, and continues with the new Figo.  With the powerful Volkswagen Polo GTi around the corner, it doesn’t take more than a couple of renders to imagine how the Figo would stand against the angry, incoming German. 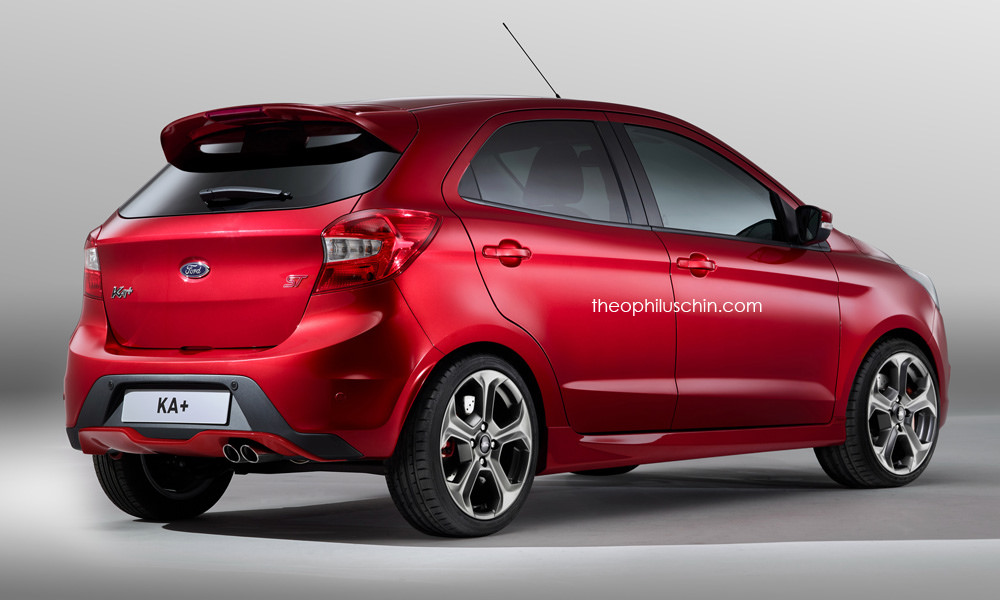 Imagined by ace “automotive manipulator” Theophilus Chin, the Figo ST is a hotted up Figo, also sold as the Ka+ in Europe and South America. With a wide, mesh filled mouth inspired by the Focus and Fiesta ST models, the imaginary Figo ST stands mean. The front bumper, with its bigger openings, mimic that of the bigger ST models as well. The ride height has been digitally dropped, while ST specific alloy wheels now fully fill up the arches. At the rear, twin exhaust tips and an aggressive rear spoiler round off the virtual enhancements.

Like the renders, we can only imagine what’d power the hypothetical Figo ST. Maybe a tuned version of the 1.0-litre EcoBoost engine won’t be a bad idea, especially teamed up with a sportier suspension setup – if only wishes were horses.