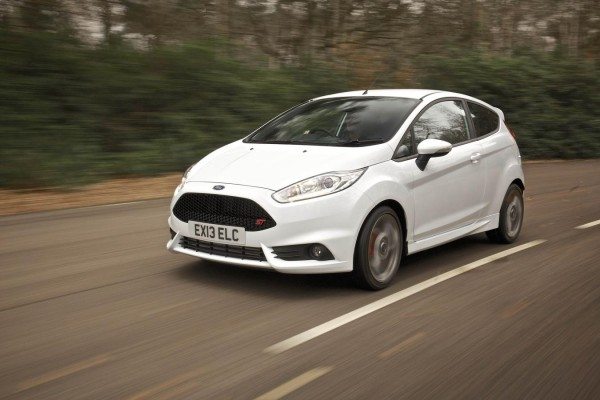 The new Ford Fiesta ST has bagged the TopGear Magazine Car of the Year 2013 award.

The magazine says that the new Fiesta ST is “a car that invigorates, excites and rekindles some of the love you thought you’d lost for the simple stuff. A car that puts a smile on your face each and every day. It’s the most enjoyable car of 2013.”

The Fiesta ST also won TopGear Magazine’s Hot Hatch of the Year title and follows last year’s Ford victor, the acclaimed Focus ST. TopGear Magazine commented “Fiesta ST does all of the things a hot hatch must do… the difference with the Ford is that it does them for £16,995. Often this would mean it lacks something the others have. But no, it has 180 horsepower. It looks cracking. The chassis is as lovingly engineered as a McLaren’s. It grips and goes better than the others and – as far as we can see – there is no catch. The dealers could charge a few grand more, and it’d still feel like a good deal. But they don’t, and good on them. Power to the People? It’s borderline socialist.”

TopGear Magazine, which is Britain’s top-selling car magazine, was impressed by the Fiesta ST’s restrained use of technology: “While other carmakers obsess about active dampers, speed-sensitive steering and various other complications, Ford has stuck to an upright policy of well-executed simplicity. Why go to the vast expense of engineering a million different settings, when you could concentrate on a decent, one-size-fits-all set-up?”

Speaking on the Fiesta ST’s achievement, Anthony Ireson, Ford of Britain marketing director, said: “The Fiesta ST seems to impress everybody who gets behind the wheel, and the TopGear magazine judges are no exception. This is a major accolade for the Fiesta ST and for Ford, and we are delighted to see the car recognised as such an enjoyable and value-for-money proposition.”