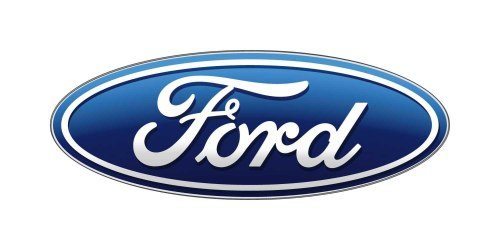 Leading automaker Ford reduced the average amount of water used to make each vehicle by 8.5 percent between 2011 and 2012 – putting the company more than halfway toward its current goal of using an average of just 4 cubic meters per vehicle globally by 2015.

Since 2000, Ford has reduced the amount of water it uses in everything from cooling towers to parts washing and paint operations by 10.6 billion gallons, or 62 percent. That’s equal to the amount of water used by nearly 99,000 U.S. residences annually, or enough to fill 16,000 Olympic-size pools. Ford’s reduced consumption rates mean even more to regions around the world struggling with water-related issues like drought and extensive population growth.

“Ford’s water reduction success is a result of the company’s commitment to reduce the amount of water it uses by aggressively monitoring and managing just about every drop of water going into and out of its facilities and properties,” says Andy Hobbs, director, Environmental Quality Office.

“That’s about 10.6 billion gallons of water that was conserved and went to use somewhere else,” says Hobbs.

“Ford recognizes the critical importance of water, and is committed to conserving water and using it responsibly,” says Robert Brown, vice president, Sustainability, Environment and Safety Engineering. “Many vehicle manufacturing processes require water and the resource is used at every point in our supply chain.”

Ford aims to use an average of 1,056 gallons of water to make each vehicle globally –consistent with its overall goal of a 30 percent reduction in the amount of water used per vehicle between 2009 and 2015. That is slightly more than the 1,000 gallons fire engine tankers in the U.S. are required to contain in their tanks. One cubic meter of water is equal to 264 gallons.

Ford had a positive impact on the world’s water supply in many ways during 2012. The Ford Fund, for example, supported 19 different water-related projects in India, China, Indonesia, Thailand, Philippines, Germany and South Africa. The Chennai manufacturing facility of Ford India has been able to conserve more than 264 million gallons of water in the last five years by adopting various water conservation methods and adopting state of art facilities like Membrane Bio Reactor and Zero Liquid Discharge systems. This is a 100% water recycling plant that is also ‘Best in Ford’ in terms of water consumption per car.

At the under-construction second manufacturing plant in Sanand, Gujarat, the focus is already on becoming a zero water discharge site. 100% of the wastewater generated will be treated on-site and re-used in the process or for irrigation of site green spaces.