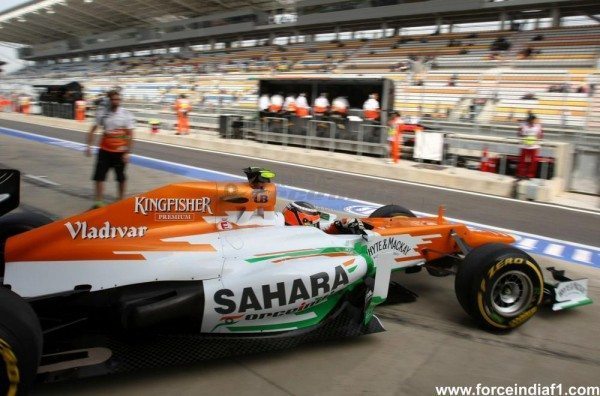 Come weekend and the Buddh Internation Circuit, India’s claim to fame at the world of Formula 1, will be seen hosting the 2nd Indian Formula 1 GP. What makes the Indian F1 race even better os the fact that we can get to see Force India Formula 1, the Indian F1 team, in action at its home country.

Force India F1 drivers, Nico Hulkenberg and Paul di Resta, have revealed that they are very excited about performing at the Indian GP and look forward to delivering their best performance at this year’s race. Last year, Paul had finished thirteenth in Indian F1 GP. Nico had not raced as he was the reserve driver back then.

The management at BIC is working hard to make this year’s race memorable for the drivers and such is the extent of preparation that new machinery has been brought from abroad to clear the dust off the race track.

BIC is rated as one of the five fastest F1 circuits in the world. Lewis Hamilton has said that BIC is similar to Spa Francorchamps, the venue for Belgian GP.