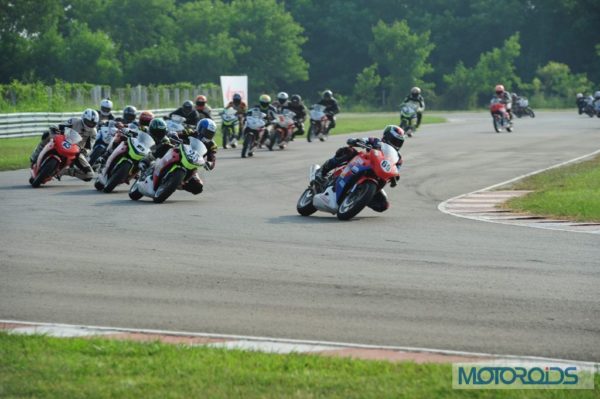 The fifth and final round of Honda One Make Race 2014 concluded at the Madras Race Track. At the end of the competition, the Honda CBR 250R Championship Cup was won by Sumit Loucs Toppo (Prolap Racing) who took home a trophy and a brand new Honda CBR 150R. Closely following with just a 5 point difference was 1st runner-up Sarath Kumar of Ten 10 Racing who won a trophy and Rs 20,000. The 3rd position was gained by A Prabhu of Motorev India who took away a trophy and Rs 10,000. The team’s Championship cup trophy was won by Ten 10 racing who took away a trophy and a CBR 250R. 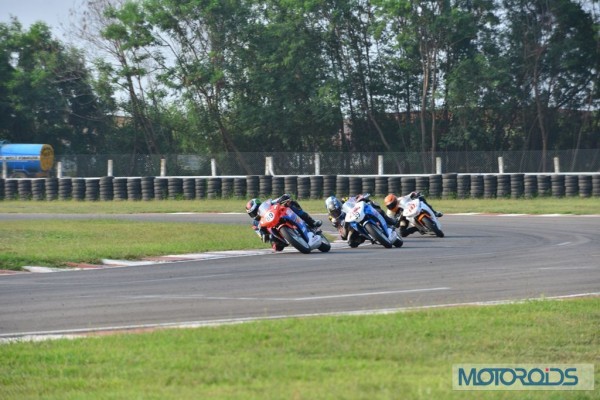 Speaking about the racing event, Keita Muramatsu, President & CEO, Honda Motorcycle & Scooter India Pvt. Ltd. said, “Honda is committed to promoting Motorsport culture in India. As the next step, Honda initiated the Honda Asia Dream Cup in 2012. We are encouraged by the improvement in performance of the Indian riders in the competition and forthe first time, two Indian riders have become among top the 10 riders across Asia. We wish them the best in the remaining two rounds at Thailand and Qatar.We have also signed an MoU with Ten 10 Racing Academy for training riders over 15 years of age. We will also continue to provide all possible support and nurture youngsters.”