Home Fiat Fiat to export the Linea to Sri Lanka, other international markets 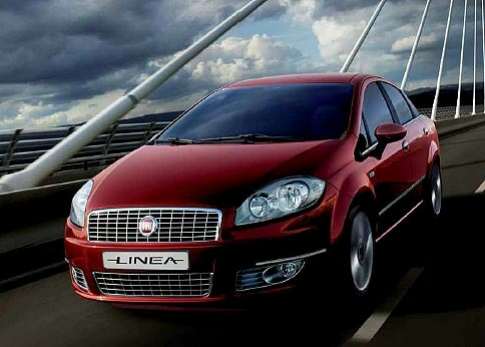 Fiat India Automobiles Limited has announced its intent to increase its focus on exports, revealing their plans to export the Linea to Sri Lanka. The inauguration of the first Fiat dealership in Sri Lanka would be on 29th September 2011 with the name Speed Italia. Fiat India will be exporting the Linea 1.4 emotion pack in this market. The first batch of cars comprises of 72 cars of which 50 cars have been allotted to the Sri Lankan Air Force officials on delivery at the time of the inauguration.

The company is also considering exports to countries like Bhutan and Australia as well, both of which are right hand drive countries. The car market size in Sri Lanka is around 20,000 units per annum. Fiat aspired to attain 5 percent of this market in the first year itself.

Speaking on the initiative, Mr. Rajeev Kapoor, CEO, Fiat India Automobiles Limited said, “The Fiat Linea has been very well received by customers and auto enthusiasts in India as it has redefined the segment with its superior design, stylish looks, performance and precision engineering.” Well, Mr Kapoor, if the sales numbers are something to go by, we would like to disagree with you on this one.

“The exports of the Linea to Sri Lanka plays a significant role in reaching out to the international markets and establishing our presence globally. We are confident that we will be able to procreate the success of this car overseas as well and thereby expand our footprint and brand identity across markets. This is a step in the direction of reaffirming our position as an international auto giant” added Mr. Kapoor.

Since the commencement of exports from India to right hand drive markets, the company has exported nearly 4000 numbers of the Linea & Punto.