Home Fiat Fiat 500X Might be Headed to Geneva 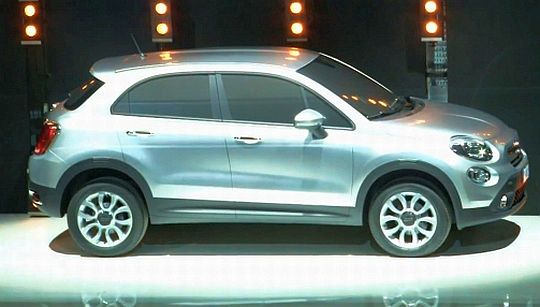 The Ford Ecosport can safely be credited with being one of the most successful compact SUVs of recent times. The Ford EcoSport is likely to take the Indian car market’s mini SUV scene to new levels and will be priced a tad higher than the Renault Duster. With the Duster changing fortunes of Renault India and the EcoSport looking all set to take the segment by storm, the Compact SUV scene in our country is already looking as hot as Eva Longoria.

Such has been the success of Compact SUVs that many almost every manufacturer is working overtime to come up with its own version of compact SUVs/Crossovers. We have already reported in a fair bit of detail about the Fiat 500X and it has now emerged that the production version of the car might be headed to Geneva Motor Show for its first public appearance.

It may be noted that the 500X has been under development since some time now and the new car will lock horns with the Duster, EcoSport and the likes.

Like the 500, the 500X is based on the Punto’s platform and has a retro-futuristic styling.

The 500X is wider than the Punto hatchback and is 4.15 meters long. The car will come three engine options- 1.3 liter multijet diesel, 900cc Multiair petrol and 1.4 liter turbo petrol.

Fiat might introduce the 500X in Indian market in late 2014 and take the fight straight to the EcoSport and Duster.

Should the Indian units of Ford and Renault be scared?