At an exclusive launch event at the Ferrari factory in Maranello, the new 488 GTB was showcased in the flesh for the first time. Replacing the award-winning, and accomplished 458 Italia, the 488 (refers to the individual cylinder capacity of the new 3902cc twin-turbo V8) GTB (Gran Turismo Berlinetta – Italian for a grand tourer with a coupe body-style), is only the second turbocharged Prancing Horse in recent times, following last year’s revised California T. 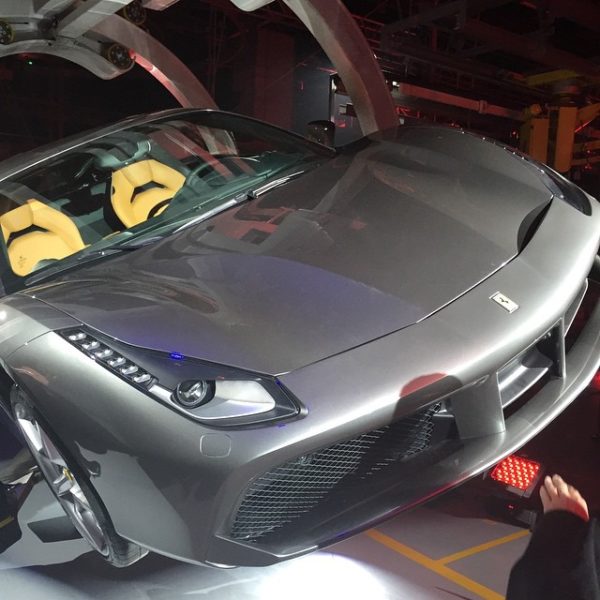 Up front, gone are extra slits and gashes around the headlamps (which now get dark “eye-brows”) from the 458, with the 488 adopting a more cleaner looking fascia. The new front bumper and air dam look more sternly styled, with the wide front spoiler featuring a double profile to improve the thermal efficiency of the radiators positioned at the sides. At the centre two pylons are combined with a deflector which channels air towards the flat underbody. 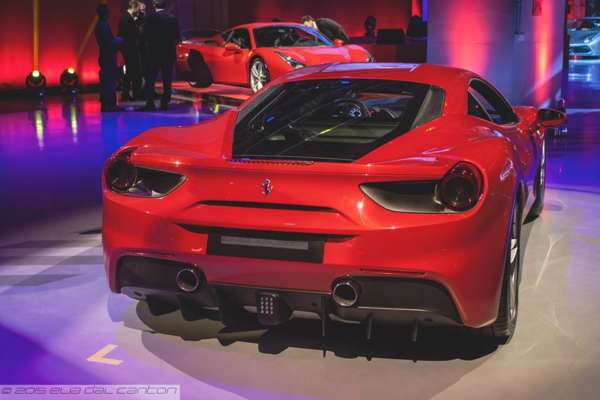 The biggest change to the posterior has to be the newly positioned dual exhausts, which will make enthusiasts round the world lament the loss of the exhaust trio from the 458 that nodded to the iconic F40. The broad, low tail is also dominated by a “blown” spoiler which generates down-force without increasing drag. This works in conjunction with an aggressive ramp angle for the diffuser which features active flaps. The greater height required for the diffuser was achieved by re-positioning the exhaust tailpipes, while the evolutionary circular LED tail lights have also been redesigned. 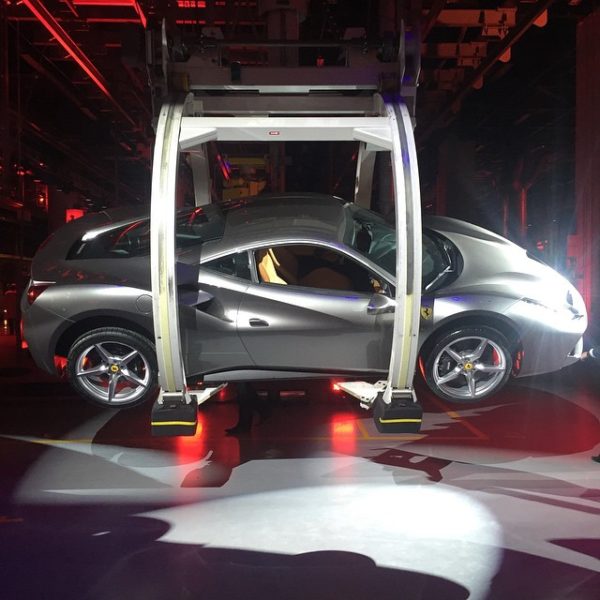 The 458’s lithe sides have been majorly re-sculpted, with the addition of a deep, two-step air intake behind the new doors that feed fresh air to the new turbos. The large air intake scallop is a nod to the original 308 GTB and is divided into two sections by a splitter. 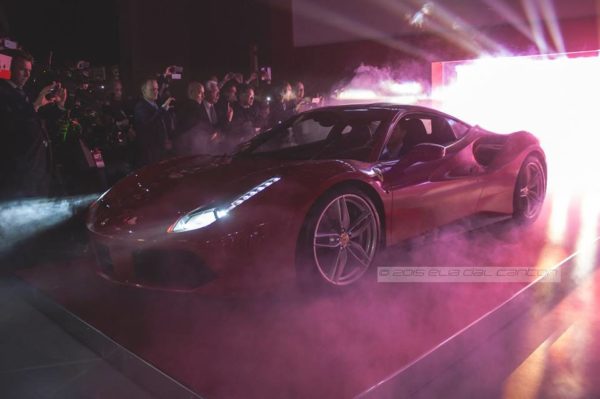 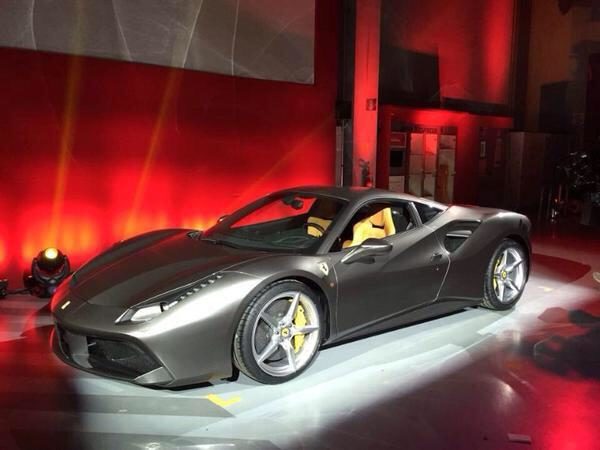