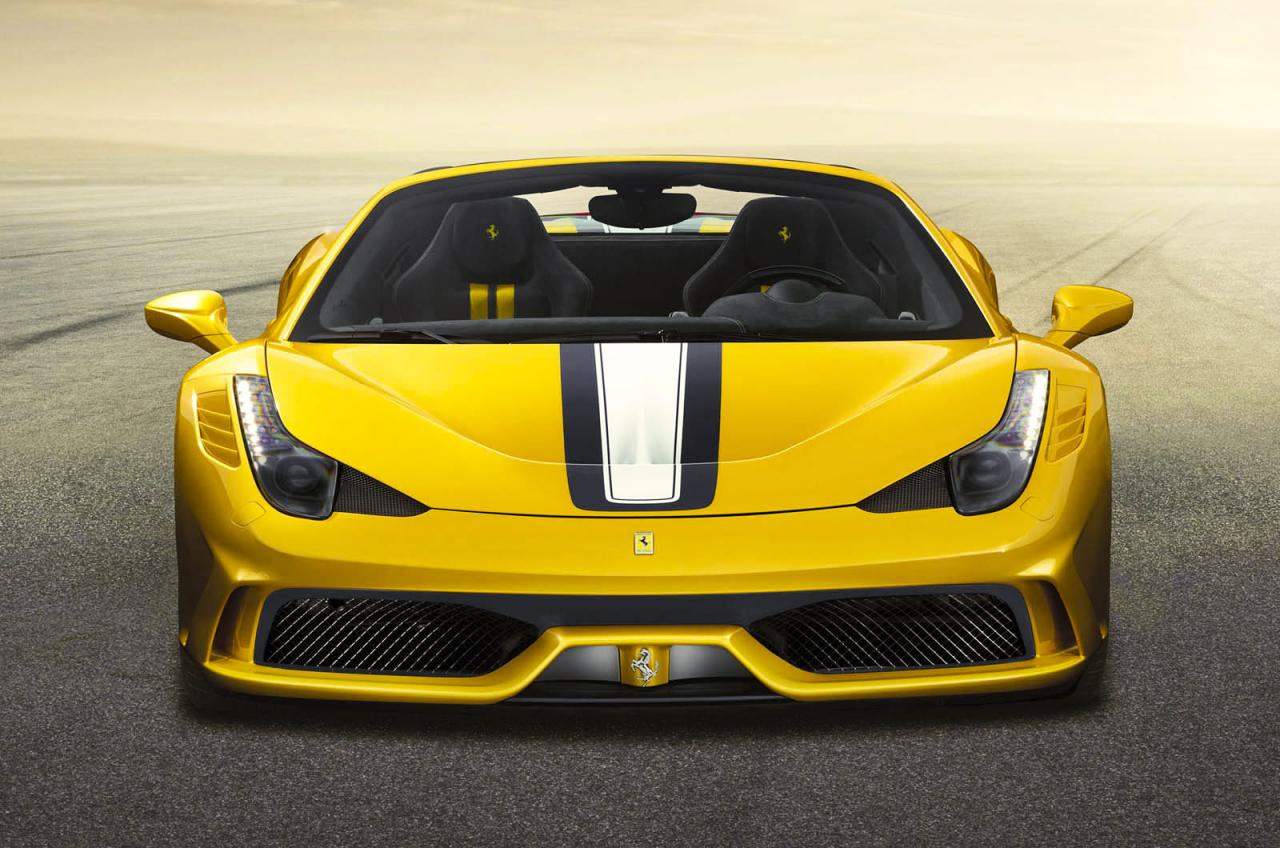 Ferrari has taken the wraps off the 458 Speciale Aperta before its debut at the 2014 Paris Auto Show next month. The new limited edition special series is a celebration of the dazzling success of the various versions of the 458, a model that has collected an array of international motoring media awards and track victories. 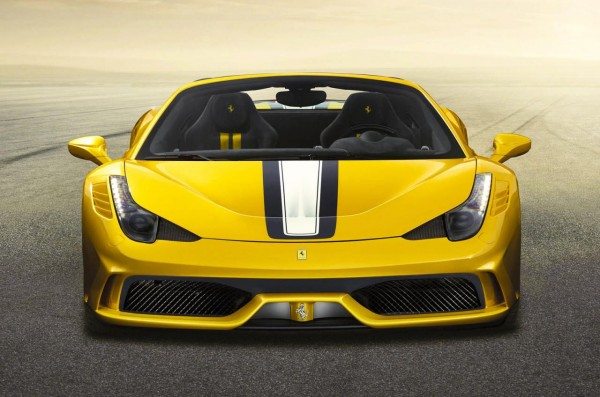 Having a limited production run limited to just 499 units,  the 458 Speciale A is the most powerful spider in Prancing Horse history, effortlessly marrying extreme performance with the sublime pleasure of drop-top driving. Its aluminium retractable hard top, which takes a mere 14 seconds to deploy or retract, helps reduce the weight difference with the Speciale coupé to just 50 kg.

The Ferrari 458 Speciale Aperta is powered by the most powerful naturally-aspirated road-going V8 engine ever built by Ferrari. The motor cranks out a massive 605 HP and 540 Nm of torque at 6000 rpm and generates 275 g/km of CO2 emissions.The car sprints from 0-100 km/h in just 3.0 seconds and has a Fiorano lap time of 1’23”5. These car is equipped with front and rear active aerodynamics, a rigidchassis that incorporates 10 aluminium alloys, and Side Slip Angle Control (SSC) which guarantees unparalleled sporty driving in all conditions.

The model is billed as being “the most aerodynamically efficient Ferrari spider ever” and is being showcased in a bespoke triple-layer yellow livery with a Blu Nart and Bianco Avus central stripe. It rides on Grigio Corsa five-spoke forged wheels while on the inside blue carbon fiber was used for the dashboard and door panels. Lastly, the seats have been wrapped around in Alcantara with 3D stitching and 3D technical fabric.