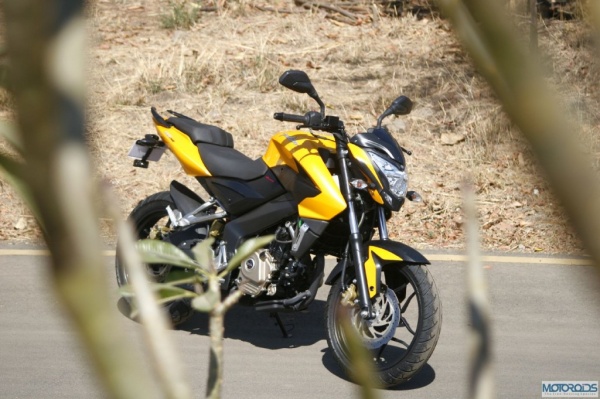 Our regular readers should remember us posting that the eagerly awaited Bajaj Pulsar 200 NS should have been launched sometime in April. Now, to a country whose people are not really the most punctual guys around, a delay by a few days does not really matters. Does it? But it is now almost a month after the speculated launch date of the bike and from what Mr.Bajaj recently commented in a TV interview, the new gen bike is still a week away from the launch. As is obvious, we tried finding out the reason behind this delay but could not really succeed. Now, in a recent development of sorts, we hear from our pretty reliable sources that the bike has been delayed due to a technical issue that had cropped up with a component of the bike. It is being said that the mountings for the rear disc brake of the bike were not really well sorted out initially and that was resulting in a reduction of the braking capabilities of the bike. To the best of our knowledge, Bajaj has done away with this flaw and the bike will not be prone to any such malfunction when it hits the market next week. At least that is what we and Bajaj hope for.