Home Ford End of the road for Ford Ka? 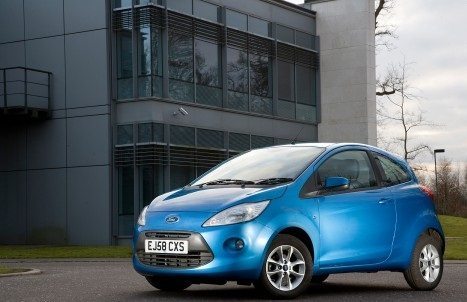 Thanks to the chic exterior and a well sorted out overall package, Ford Ka has always been a hot favourite among the sub compact three door hatchback buyers. The Ka is in its second generation and a mild facelift later, would be in the final innings of its career.

American automaker giant Ford is of the view that the Ka has no future and the 3rd generation of this car won’t ever see the light of the day. It may be noted that the Ka shares the platform with the retro styled Fiat 500 and is manufactured by Fiat at its Poland facility.

Ford Europe design chief Martin Smith recently said that, “It won’t pass a US crash test, it was designed too narrowly to suit European tastes and it’s only built in one place. It’ll get a light mid-life refresh but, as things stand, I can’t see a life for the car much beyond that.”

Replacing the Ka might be a new Ford Global Small Car that would also cater to the developing markets.

Mr. Smith stated that, “Alan Mulally’s favourite kinds of car of the moment are small cars with global reach that we can create a high yield from. The EcoSport is the perfect example: it’s simple, cheap to make and could sell the world over.”