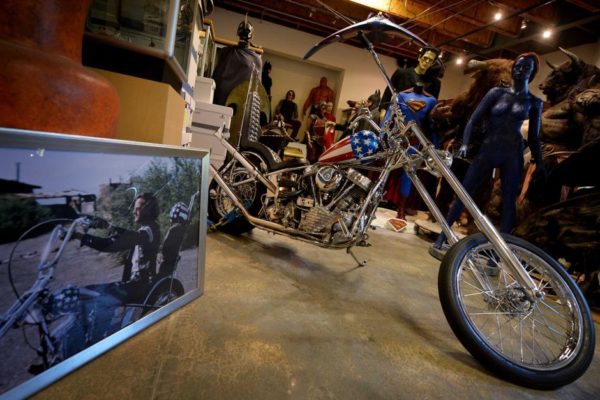 The iconic Harley Davidson ‘Captain America’ chopper that actor Peter Fonda rode in the equally iconic Easy Rider movie has been sold for $1.35 million. This is by far the highest amount ever paid for a piece of motorcycle memorabilia.

Designed and built by two African-American motorcycle builders, Cliff Vaughs and Ben Hardy, and based on design suggestions from Fonda, the Captain America is an integral part of American 60’s lore.

Actually, two identical models of the Harley-Davidson panhead chopper was built to ensure one could take the place in case the other broke down during the grueling shot in the American desert. The bike sold at the auction by Californian auction house Profiles in History was reportedly the one used in a crash scene at the end of the film. 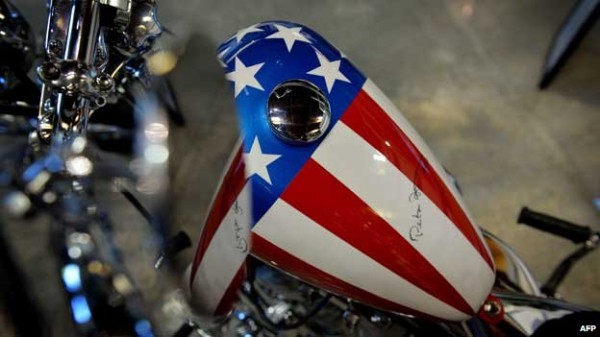 The bike is claimed to be restored by actor Dan Haggerty, yet there are other motorcycle aficionados who are questioning the chopper’s authenticity. Gordon Granger of Texas also claims he has a certificate, signed by Grizzly Adams star Haggerty, proving his bike is the genuine article.

Haggerty, who had a small role in the movie, stated to the LA Times that he had authenticated and sold two “Captain America” bikes, yet only of them was genuine – the one belonging to California real estate agent Michael Eisenberg that was sold last week.

However, auctioneer boss Joseph Maddalena disputes the statement, stating, “This is the only original Captain America bike in existence. This is without doubt the world’s most famous motorcycle. It influenced the entire motorcycle industry – after that movie came out thousands upon thousands of people went out and bought motorbikes. 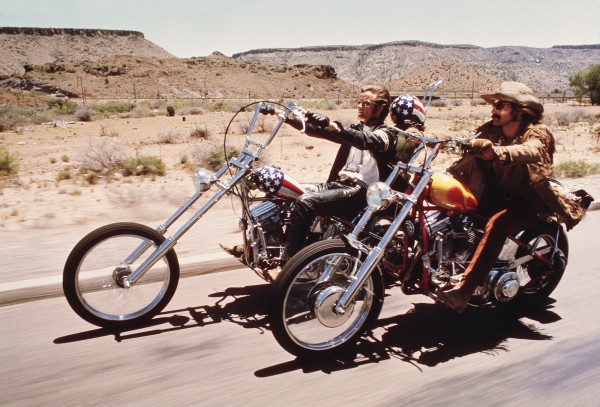 “The film sparked the whole idea of riding motorcycles. The film marked the beginning of the rebellious anti-war era. Peter Fonda’s character was blazing a trail for freedom and this motorcycle was the vehicle on which he did that.”

The other Captain America bike and the two bikes ridden by Dennis Hopper in Easy Rider were stolen after filming had finished. “Legend has it that the bikes were cut up into pieces and that to this day, Hell’s Angels riders wear stars cut from the gas tanks on their leather vests,” explained Maddalena.

According to him the Harley chopper just sold previously spent 12 years on display at the National Motorcycle Museum in Anamosa, Iowa.

Whatever the case may be, we are just glad one of the most iconic motorcycles in history is still in existence, whether a very original-looking replica or the real deal itself.