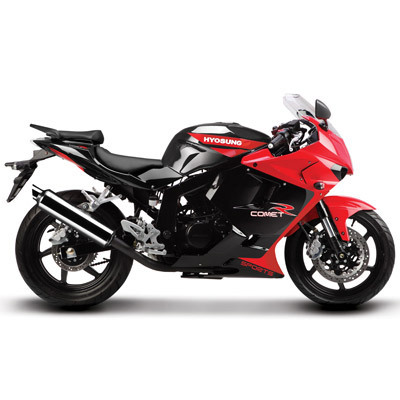 Hyosung DSK have priced the GT250R at Rs. 2.75 lakhs (ex-showroom, Delhi). The pricing surely comes across as very optimistic to many and we won’t be surprised if the Indian partner of Hyosung too is thinking on the same lines.

We also reported that these Korean bikes, which come fully assembled with the completely knocked down(CKD) kits, are slated to become more affordable as their motor and gearbox will now be assembled in India. This means that the GT250R, which needs a revision in its price tag, might come with an asking price low enough to allow the Korean to eat into sales of Honda CBR250R and Kawasaki Ninja 250R.

Now, Gujarat is fast becoming an automobile hub of India and after becoming home to several automakers, Gujarat will now offer space to DSK to establish a Hyosung plant worth Rs 300 crores  Mr Shirish Kulkarni, MD DSK Motowheels, said, “We are looking for a 100 acre land plot around Ahmedabad. Initially we decided to base ourselves around Pune, but because of little government support, we have decided to move out.”

While we do not know when exactly the new bike from Hyosung will become cheaper, we do feel that the bike might soon see a reduction of INR 1 lakh in its price.

We wonder what becomes of people who will buy the baby GT at the current asking price.