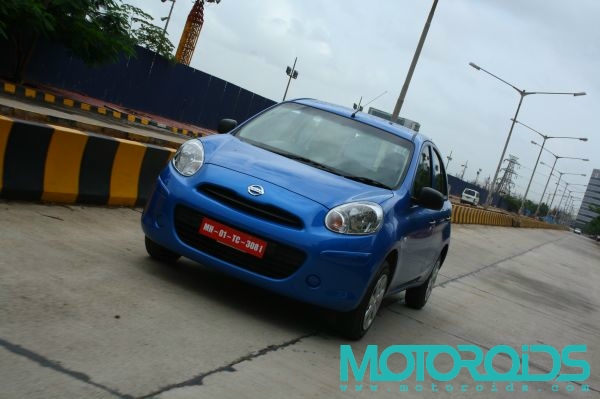 The newly launched Nissan Micra has been a great success for Nissan Motor India with more than expected bookings and great interest shown by the public. Now, once the excitement about the petrol variant of the car settles down a bit, Nissan will come up with a diesel variant of the car, if some sources are to be believed. Nissan officials haven’t made any bones about the fact that the company does plan a diesel variant of its small car in India. ”After the diesel version, the sedan will come on the same platform next year,” said Nissan Motor India Managing Director and CEO Kiminobu Tokuyama, a few weeks ago. And why not, with soaring fuel prices, the price advantage and better fuel efficiency of a diesel engine makes a strong case for itself. The company however hasn’t talked about any specific dates when the new car is slated to be launched. Nissan may launch the diesel powered Micra around Diwali, or slightly later.
The specifications of the diesel engine chosen for the new variant of Micra are not available yet, but it has to be a small motor if it has to succeed in India. The entry level sedan, however can be powered by the 1.5-litre DCi motor which is reasonably powerful and very fuel efficient. The new sedan will be based on the V-platform (same as the Micra platform) and will be manufactured at the company’s Oragadam facility near Chennai. Also in the line is a Micra-platform based MPV.
The new sedan will be meant primarily for developing markets such as india, while the new MPV will replace the Nissan Note globally.