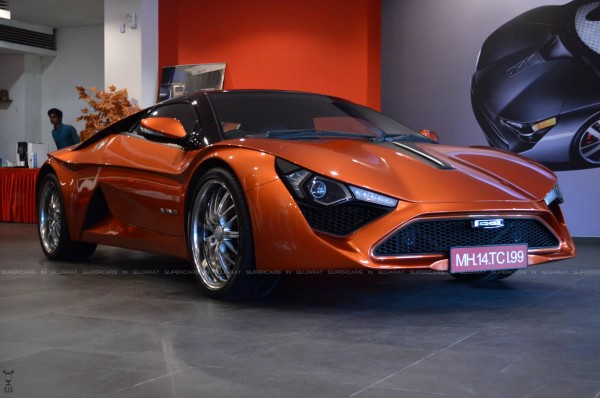 India’s first home brewn sports car, the production ready Avanti is armed with a few changes from the prototype shown at 2014’s Auto Expo- especially the newly designed illumination cluster which now bear LED lights with bi-halogen projector headlamps, amongst other minor revisions. The Avanti’s concept design was first revealed to the public at the Auto Expo back in 2012. Now, the standard features, optional equipment list and technical specifications have been revealed via Team BHP. 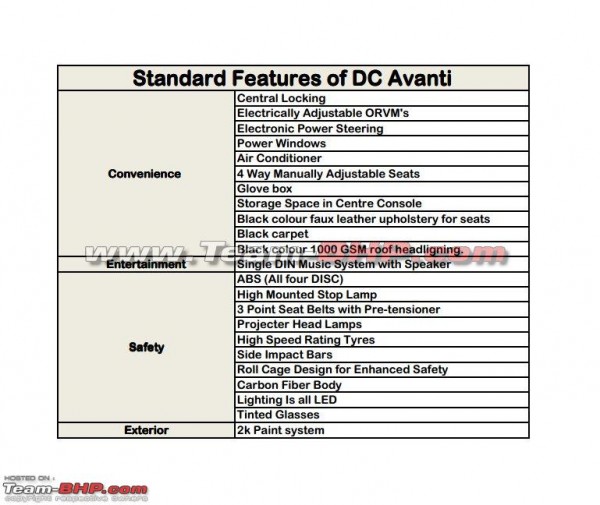 To be produced at DC’s plant in Talegaon,Maharashtra, the Avanti will feature a carbon-fibre body shell and gets a lightweight space frame chassis. Powered by a mid-mounted, Renault sourced, euro-5 complaint, 2.0-litre turbocharged petrol unit that develops 250 bhp @ 5500 and 366 Nm of torque @ 3500 rpm. Power is transmitted to the rear wheels through a 6-speed manual gearbox. DC claims that the car can do a 0-100 kph sprint in 7 seconds and attain an electronically limited top speed of 180 kph.

Options (note how ridiculously overpriced some of them are;DC does a Porsche): 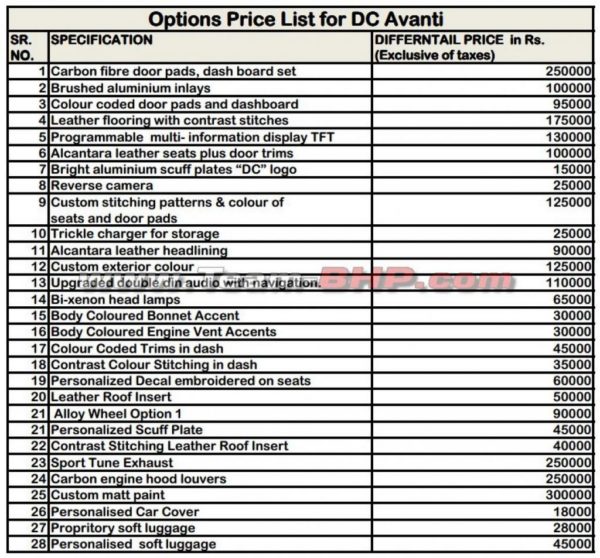 The DC Avanti is expected to be launched pan-India sometime in early 2015, at a price hovering around the Rs. 35 lakh mark (ex-factory).