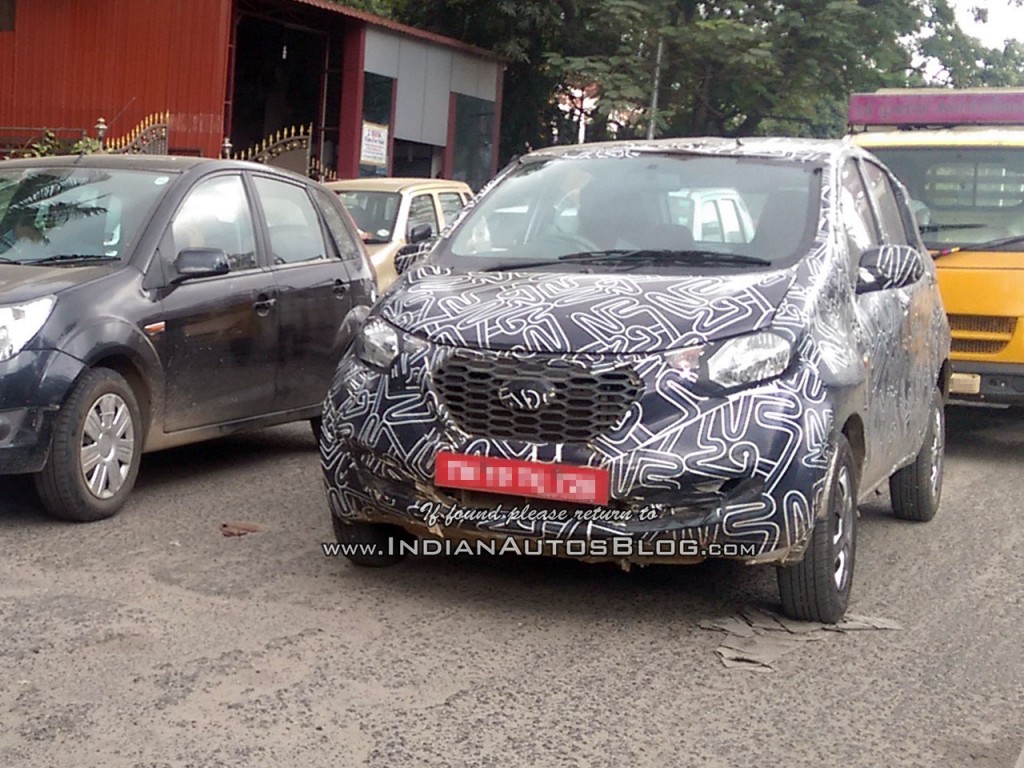 The front end of the upcoming Datsun redi-Go budget hatchback has been spied for the first time. For those who need a background check, the redi-Go (codename – I2) is set to be Datsun’s third offering in India after the Go and the Go+. It’s the second prong of Renault–Nissan Alliance’s two pronged strategy to take on the likes of the Maruti Suzuki Alto 800 and the Hyundai Eon 800 in India; the first being the fairly successful Renault Kwid. 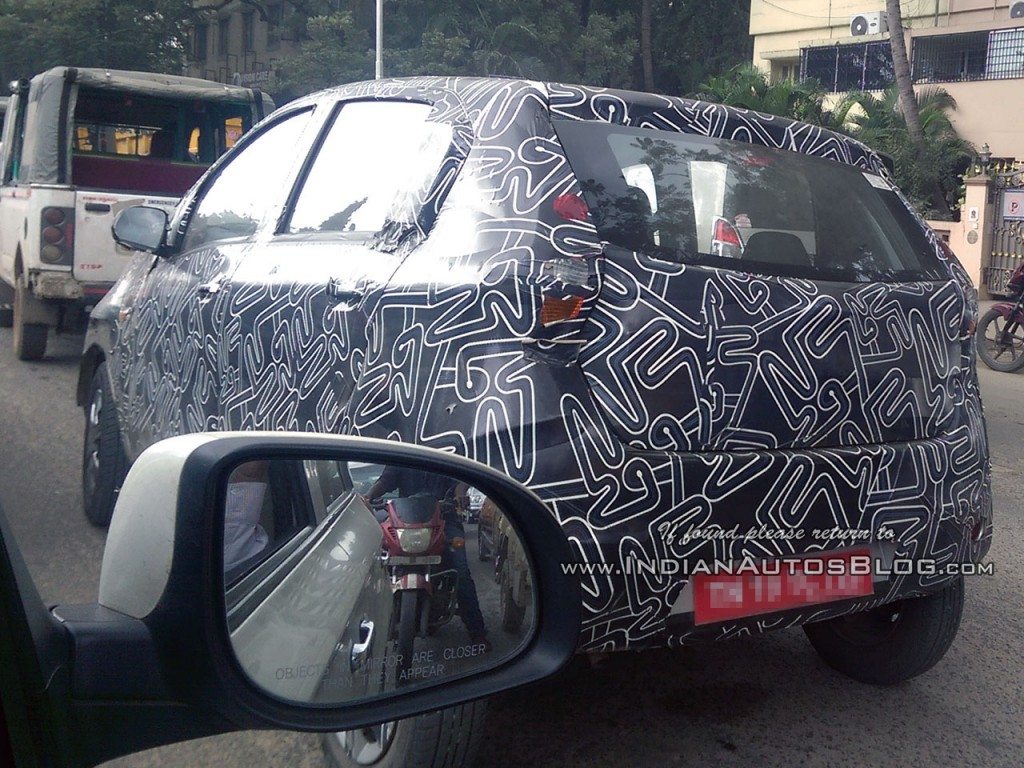 The Datsun redi-Go is based on the same CMF-A (Common Module Family-Affordable) platform that the Kwid straddles, but the similarities end there. The redi-Go will get all-new, Datsun specific styling, along with fresh interiors. Contrary to earlier reports, the redi-Go will not be powered by the Kwid’s 800 cc, 3-cylinder petrol engine. Instead, it’ll employ an all-new petrol engine, specifics of which are still unknown, that could be mated to an AMT. 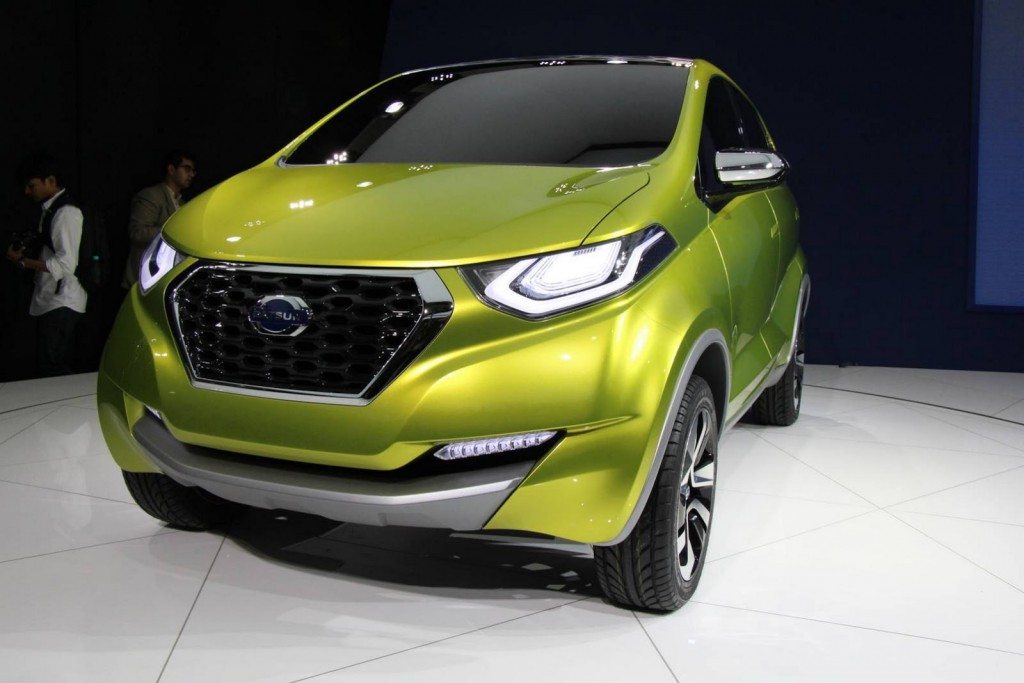 Coming back to the relevance of these spy images, it’s clear now that the production version of the redi-Go will stay as honest as possible to the redi-Go concept showcased at the 2014 Auto Expo in Delhi. The signature Datsun grille, and the slightly tall boy stance offset by a pseudo crossover demeanour – all of that will be recreated on the production version. Most of detailing seen on the concept however, like the LED headlamps, the solar panelled roof, the shiny alloy wheels or the fancy ORVMs, will not feature in production. 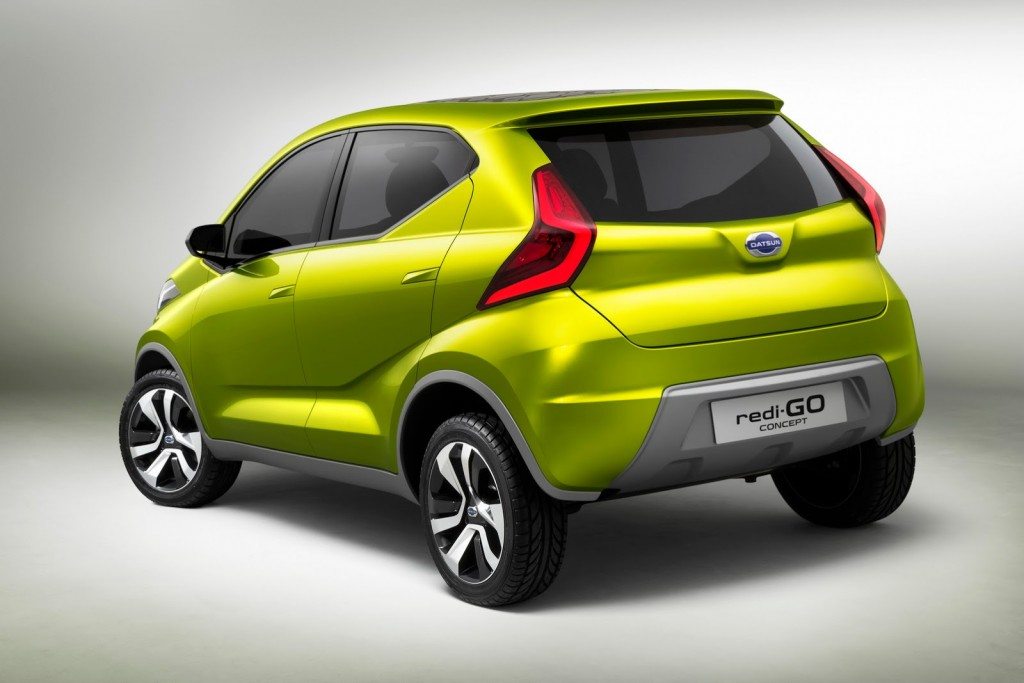 As reported earlier, the Datsun redi-GO is expected to be launched in India by March 2016, according to Nissan Motors India Managing Director Arun Malhotra. However, the redi-Go is most likely to be showcased at the 2016 Auto Expo in February. The redi-Go will also be heavily localized, with levels of localization expected to be in the region of 97-98% – pretty much like the Kwid. While the Renault Kwid retails for INR 2,56,968, the Datsun is expected to retail at similar prices, if not slightly more.