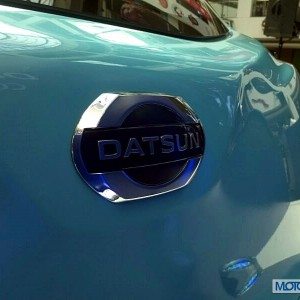 Nissan India recently revealed that it intends to come up with a new entry-level hatchback that will be sold under the Datsun moniker and would rival the Maruti Suzuki Alto and the likes. This bargain-basement hatchback will be launched sometime in 2015-16.

As is obvious, the car would be considerably cheaper than the recently unveiled GO hatchback and could have a starting price of INR Two Lakhs only! Initially, Datsun’s target would be to sell 8,000 and 9,000 units of this model very month. As has been known since almost a year now, the upcoming car has been codenamed as the I2.

Datsun would soon commence its India innings with the launch of the new Datsun Go entry level B mid size hatchback. The Go will be later followed by the GO+ MPV, which would rival the high selling Maruti Ertiga in Indian car market. Other than the launch of the I2 entry-A hatchback, Datsun also intends to launch a Go-based compact sedan in our country. This compact sedan will be a direct rival to the highly popular Tata Indigo eCS.

Talking of the soon-to-be-launched Datsun Go hatchback, the upcoming model will be priced below INR 4 lakhs and is looking all set to re-ignite the price wars in the highly competitive B segment of Indian car market. The Go hatchback is based on the last gen Micra and will be powered by a re-tuned version of the current Micra’s 1.2 litre petrol motor. In India, the Datsun Go will rival the Maruti WagonR, the last gen Hyundai i10, the Chevrolet Spark and the likes.

It would be interesting to see if Nissan, equipped with the ‘re-invented Datsun’ brand, would be able to give models from well-established car makers in India a run for their money.

Stay tuned to Motoroids for more dope on the upcoming Nissan Datsun cars.