Team Sherco TVS Rally Factory’s fastest rider, Lorenzo Santolino suffered from an unfortunate crash, 33 kms into stage 6 of the Dakar 2019. Such was the severity of the crash, the rider had to be evacuated by the medical team. Out of danger, Lorenzo is currently undergoing treatment in Lima and we hope he recovers quickly. 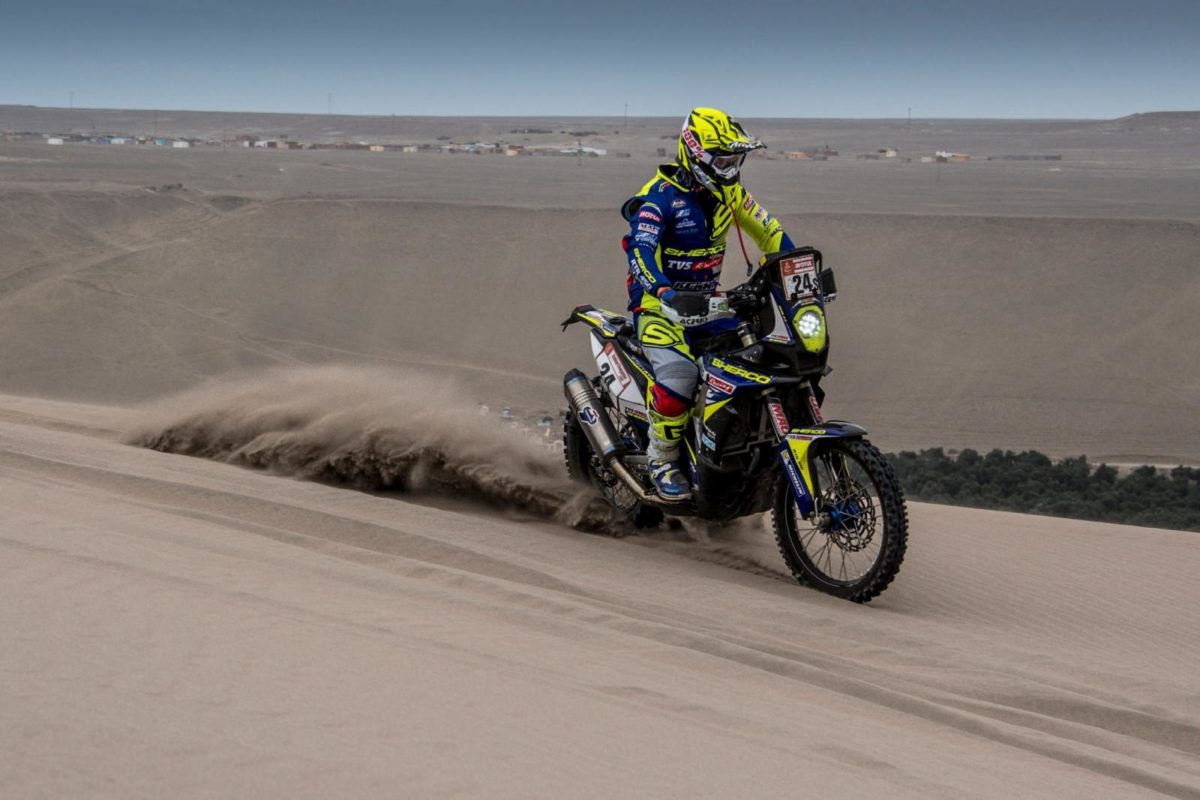 On the other hand, the team’s other three riders – Aravind KP, and Adrian and Michael Metge, continued to make steady progress. After the rest day, Stage 6 kicked off from Arequipa to San Juan De Marcona and the team rode through 4 tricky sand dune sectors amidst intense heat and complex navigation. Aravind KP improved his ranking and has moved to 48th position overall at the end of the Stage 6. Despite complicated navigation and issues with the road book, Aravind kept his cool to ride carefully and get to the end of the stage. Adrien Metge had a challenging Stage 6, facing mechanical issues, but was assisted by his brother Michael to help complete the stage. Adrien secured 33rd position (overall) at the end of sixth stage, while Michael secured 36th position (overall). 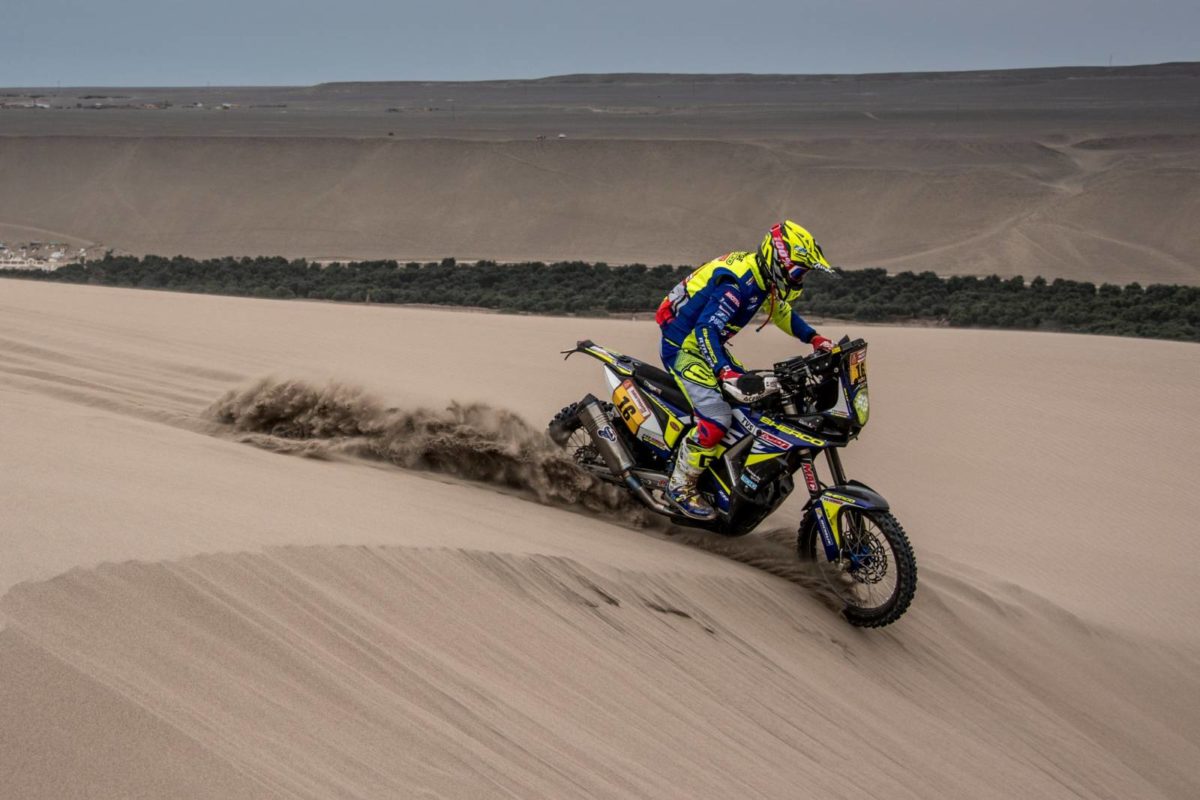 Commenting on this stage, David Casteu says, “It was a challenging day for us. Our fastest rider Lorenzo is out of the rally, which is a setback for the team. He showed great promise in the first half of the rally and was the fastest, beating even experienced riders. We wish him a speedy recovery. I am confident that our other three riders – Adrien, Michael and Aravind will be able to get a good finish for the team. The crew is ready to support them in all possible ways for the challenges that lie ahead.” 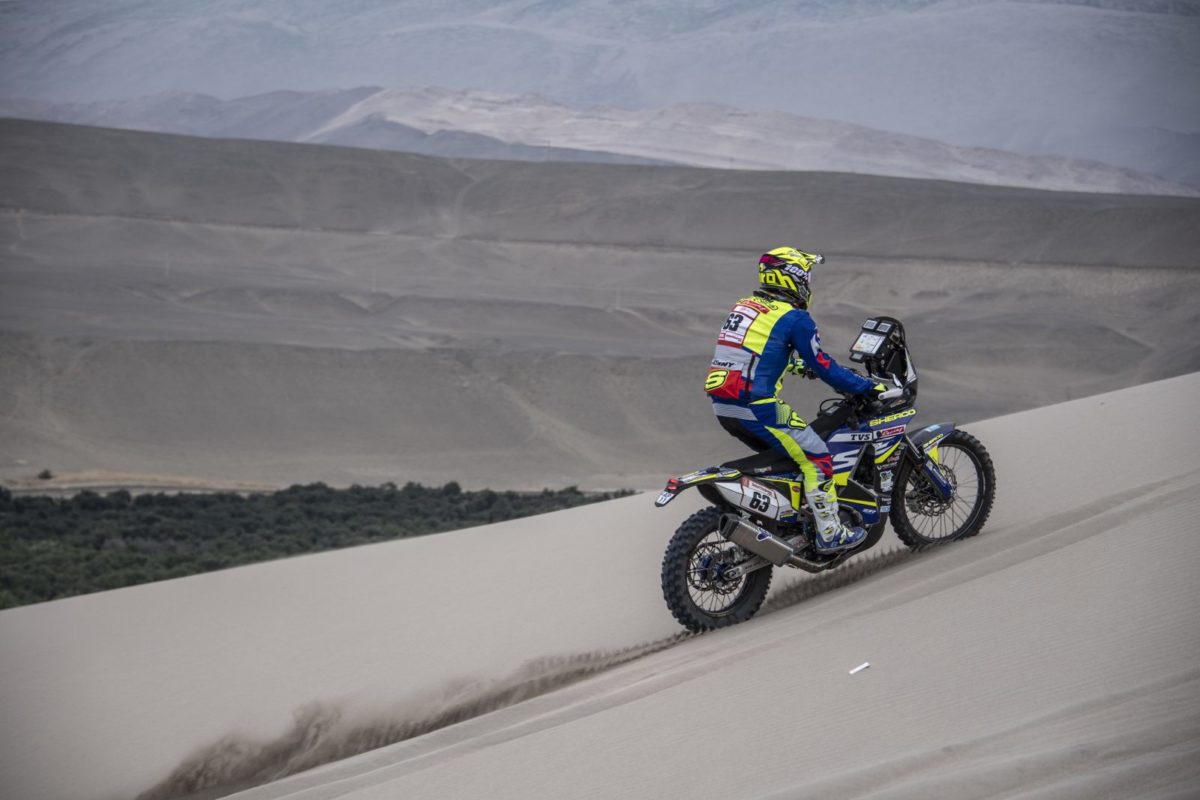 Aravind KP says, “I had a good start to the stage with a good rhythm on my motorcycle. But soon the road book machine on my motorcycle stopped working and so I had to scroll manually. This broke my rhythm and I had a few minor crashes. It was a challenging day for sure but I am glad to have this stage in the bag.”

The seventh stage will be within San Juan De Marcona, where the riders will ride 387 km, out of which 323 km is special.