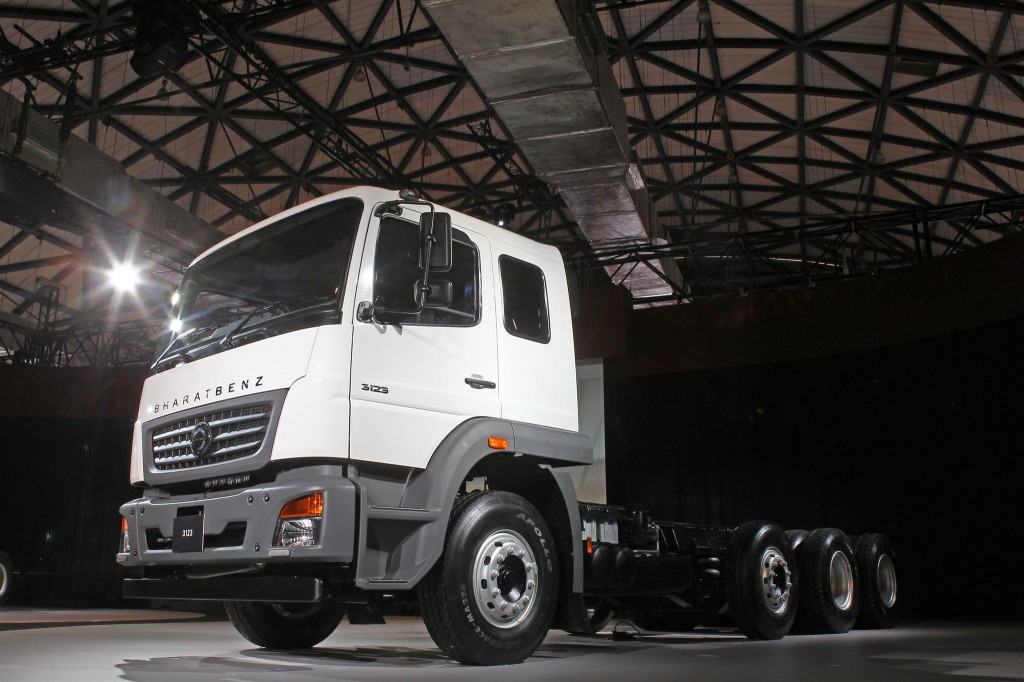 Daimler India Commercial Vehicles Pvt. Ltd. (DICV), a 100% wholly owned subsidiary of Daimler AG, Stuttgart, Germany today announced that the “Asian Strategy” of Daimler Trucks under its forward-looking programme named DT#1 (Daimler Trucks No. 1), is operational. The first result of this programme is its upcoming launch of the new robust truck portfolio from FUSO ‘Made in India’ by DICV. Having strongly established its brand ‘BharatBenz’ in India, DICV is now well on its way to realize its export potential.

The “Future Focus Markets“ are already a reality for Daimler’s Commercial Vehicles Division, and Daimler Trucks has already set the course for further growth in the promising markets in Asia and Africa with its integrated business model “Asia Business Model.“ This model provides for stronger bundling and optimization of Daimler’s business operations and the associated systematic expansion of its presence, primarily in the region of Asia.

Daimler will profit concretely from the strategic positioning of its subsidiaries Daimler India Commercial Vehicles Pvt. Ltd. (DICV) headquartered in Chennai, India and Mitsubishi FUSO Truck and Bus Corporation (MFTBC) in Kawasaki, Japan. With synergies from both companies, from the second quarter of 2013 Daimler is readying to make robust trucks in India under the established FUSO brand for sales in the price-intensive export markets in Asia and Africa. The extended commercial vehicles portfolio will be presented by Daimler shortly.

The Asia Business Model will secure Daimler‘s leadership role in the Future Focus Markets and pull in further unit sales increases in markets like Indonesia, Taiwan and Malaysia.

“With the Asia Business Model we are bringing our operations to the next level in order to support our existing and new customers with the right products and the best service in Asia and Africa”, underscored Dr. Albert Kirchmann, President & CEO – MFTBC and Head of Daimler Trucks Asia. “With the united forces of MFTBC and DICV, we are effectively moving ahead of our competitors in terms of bringing concepts into reality. Daimler Trucks is already profiting from synergies between MFTBC and DICV in procurement and production, as well as in the product portfolio. I am already excited to being able to offer our customers an extended FUSO product portfolio of modern, robust and economical trucks soon, based on the established Daimler Trucks technical product platform.“

Mr. Marc Llistosella, Managing Director and CEO – DICV, said: “We recently demonstrated the viability of our ‘Daimler Quality-Made in India’ product concept with our milestone of over 1,000 BharatBenz trucks sold within 3 months from its launch in late September 2012. Now we are going another step forward.
In our state-of-the-art plant in Chennai we have begun production of BharatBenz and are ready to produce FUSO trucks under one roof. While we continue to focus on the Indian market with our BharatBenz vehicles, MFTBC will service the rising demand in the Asian and African regions with its portfolio of robust FUSO trucks from Chennai”.

Strong positioning in Asia and Africa

In terms of markets, Indonesia is already the largest export market for FUSO vehicles and MFTBC has posted a unit sales record for the third consecutive time. The year 2012 saw double-digit growth rate with unit sales of 68,000 units. The company continued to prove its momentum in the Middle East and in Africa with sales increasing 63.1% to 24,201 units and 88.7% to 8,046 units respectively.
With the Asia Business Model Daimler Trucks will tap into further growth potential.