A few Indian cricketers have been been known to have a penchant for fast, luxurious and sporty cars. Virat Kohli got himself an Audi Q7 while Karun Nair took delivery of a Ford Mustang GT last year. More recently, Dinesh Kartik was one of the sportsmen to become the proud owner of a Porsche 911 Turbo S. 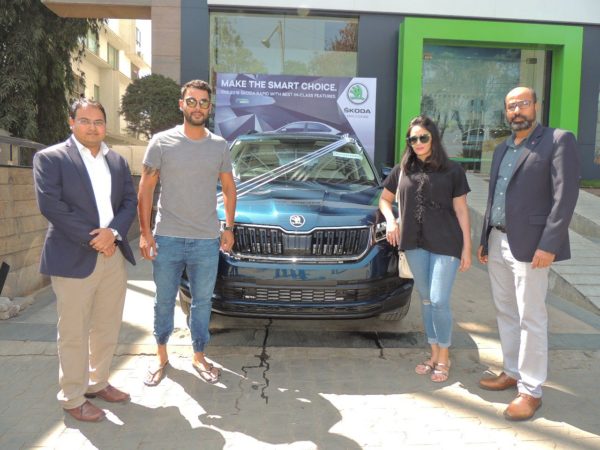 Now, cricketer Stuart Binny got himself a spanking new Skoda Kodiaq SUV. Skoda India shared images of the Rajasthan Royals player with his wife Mayanti Langer taking delivery of their new car on the Czech brand’s social media channels in presence of a few other officials from the company. 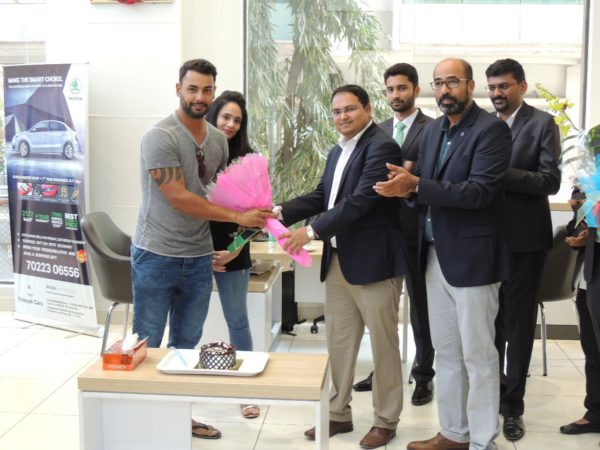 Propelling the Skoda Kodiaq is a 2.0-litre diesel engine that is capable of producing  150 PS of power between 3500-4000 rpm while the peak torque of 340 Nm comes up between 1750-3000 rpm. This engine is mated to a seven speed DSG automatic transmission that sends power to all four wheels via an all wheel drive system. Skoda also offers five drive modes on the SUV including Normal, Eco, Sport, Individual and Snow.