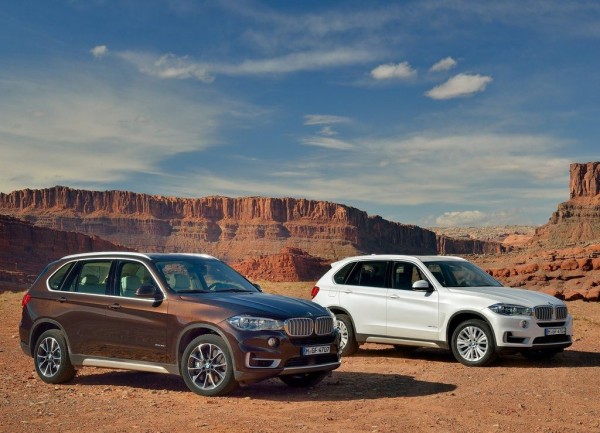 We reported in detail when official images and details of the new F15 2014 BMW X5 surfaced on the cyberspace. The new third gen X5 is comes with an all new styling that has several hints of other BMW cars. For example, the front end sports a set of headlamps that is reminiscent of those on the 3 Series. Other such detail lies in the air vents on the front bumper, which seem to have been inspired by those on the 4 Series Coupe concept.

On the inside, the car gets even more luxurious with better quality materials and longer feature list. The car is also more spacious than the last gen model and the new X5 has a seven seat layout.

Powering the new X5 is a set of 3.0-litre six-cylinder diesel and V8 petrol motors. The M version will continue to be powered by a 4.4-liter twin-turbo V8 but will have a higher power output of 445bhp. All the motors will come mated to an 8 speed automatic gearboxes. All the engines also get BMW xDrive 4 wheel drive system, brake energy regeneration system and start-stop feature as standard.

The new X5 will make its first public outing at the Frankfurt Motor Show this year and is expected to go sale towards the end of 2013.

What we have here today is a new video in which Wolfgang Breyer, BMW’s head of international advertising, online marketing and social media, Thomas Giuliani, vice president for product management and BMW’s guru Karim Habib talks about the new X5.