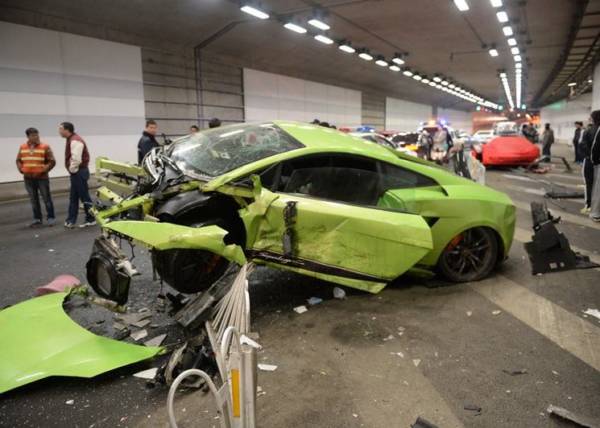 The day “Furious 7” opened across theaters in China, a couple of Italian exotics found themselves in a bit of a tussle on the road in Beijing. A Lamborghini Gallardo Superleggera LP 570-4 and a Ferrari 458 Spyder were in the middle of an unorganized drag race in the North Beach section of Beijing Datun Road tunnel, when something went amiss and caused both the super-cars to crash. While the Lamborghini seems to be totaled, the Ferrari still seems to be alive and kicking. 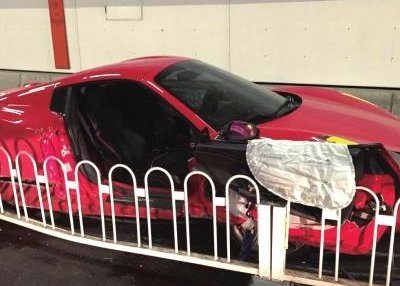 The incident happened at about 10pm (1500 GMT) on April 11, during heavy rain, two hours before “Furious 7” broke the record for midnight screenings on its launch in China. During reckless moves to outdo each other in the drag race, the cars made contact and veered off, ultimately crashing into the tunnel wall and flattening guardrails. It is believed that at least one of the drivers was a student and that residents had complained about cars racing in the tunnel. Luckily, both drivers walked away with minor injuries. 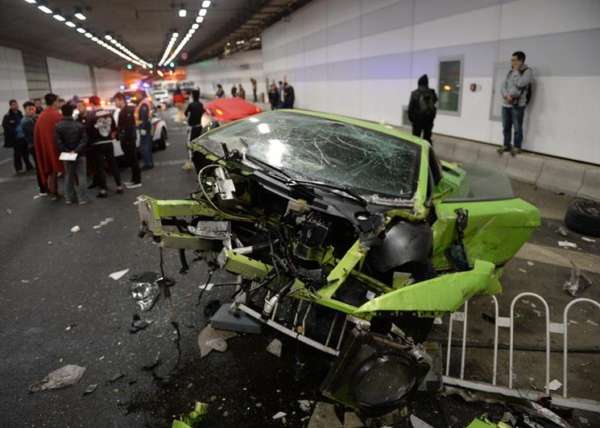 This incident comes after a 21-year-old driver crashed his Ferrari at high speed in the Chinese capital in February last year, killing a passenger and injuring another.