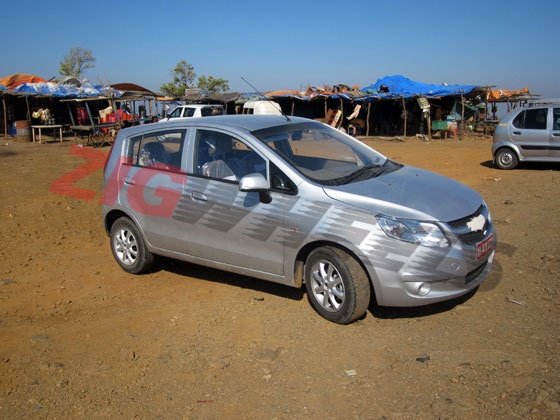 Back in June 2011 we told you that GM was considering the Chevrolet Sail for India. The probability of the car making it to the Indian shores got only stronger as the year went by. Now, as proof to the inevitability of its India launch, a test mule of the car has been caught in India. The Aveo and U-VA duo have been soldiering on for quite a while now, without managing to garner any volumes for the company, and the void in that segment needs to be filled immediately. The Sail will do exactly that for GM in India.

The completely undisguised images of the car were taken by the good blokes at Zigwheels. From what’s visible in images, the location where the car was spotted seems to be Lonavala, not too far from GM’s spanking new facility in Talegaon.

Sail is the first car to roll out from China via the GM-SAIC JV. Developed in China, the car is meant to cater to China, as well as other emerging markets, including, of course, India. Being developed with cost in mind, the Sail will have its price as one of its USPs and is expected to undercut rivals like the Swift in terms of price by a good margin. 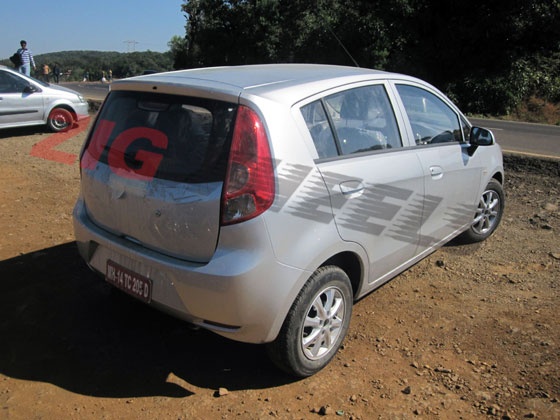 Internationally, the Chevrolet Sail is available with a 1.2-liter S-TEC II and a 1.4-liter S-TEC III engines. We can comfortable discount the possibility of the 1.4 liter coming to India, thanks to the ‘small car’ definition and the duty excise cut enjoyed by the cars falling within the definition. GM will most likely employ the 1.3 liter diesel multijet sourced from Fiat under the bonnet of this car, and offer it as a formidable alternative to the Swift, Micra, i20 and the Figo. The Sail is quite a big looking car, and is quite capacious from the inside too. The Beat is a relatively smaller car, the reason why some people refrain from buying it, but the Sail, with a bigger diesel engine than the Beat and more space should attract more buyers. The engine will be mated to a five speed manual transmission; no automatic variants are expected when the car gets launched in early 2012.

The Sail features Chevrolet’s trademark horizontal split grille with the gold Chevrolet emblem showcased in the middle. However, the car doesn’t looks very appealing, and is a well-proportioned, passably modern design at best. Interior designers for the car have added a double-digital screen for a sporty touch. The Sail, internationally boasts of 24 interior storage compartments for added convenience.

Expect the car to make its India debut at the 2012 Auto Expo. We expect GM to present the Sail in both hatchback and sedan formats, just like the Aveo, the car it replaces.

Do let us know what you think of the Chevy Sail’s design!