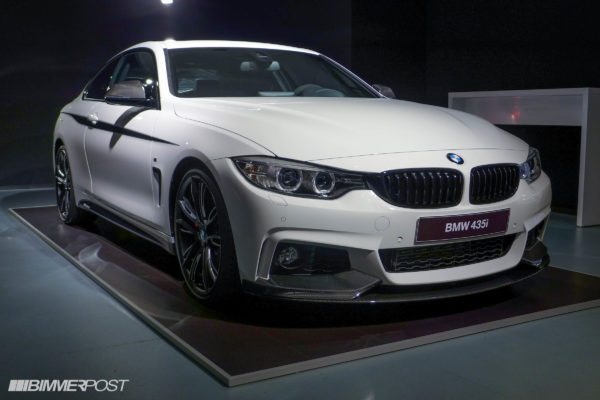 BMW recently unveiled the new 4 Series coupe and the new Bimmer will soon go on sale in several car markets across the globe.
The new BMW 4 series cars will replace the 3 series two door body variants and are in line with BMW’s plans to plug in all the gaps in its current lineup of cars by offering new body variants of the existing cars (with more features and at a higher price).

A quick comparison between the production spec 4 Series and the Concept 4 series Coupe shows that most of the design bits have been retained. The major difference between the two is easily highlighted at the rear end with the production version chucking away those grills over the twin exhausts for a more cleaner sweeping bumper but thankfully retaining the angry upswept tail lights.

The car will go on sale in two petrol variants- 428i and 435i. The entry level 428i gets a 2.0 litre turbocharged 4 cylinder motor and the 435i gets a more powerful turbo straight six cylinder engine. The sole diesel variant will be christened as the 420d. The 450bhp M4 coupe will come next year.

Following the launch of the new 4 Series cars will be the launch of the M4, which is speculated to happen sometime in 2015. However, those who can’t wait long for putting their money on a ‘souped-up’ 4 Series can look at the recently unveiled M Performance Package for the 4’er.

A part of this performance package will be a limited slip differential with up to 30% lockup, 20-inch M Performance wheels, more powerful brakes, performance exhaust system and a lowered (by 10mm) suspension. 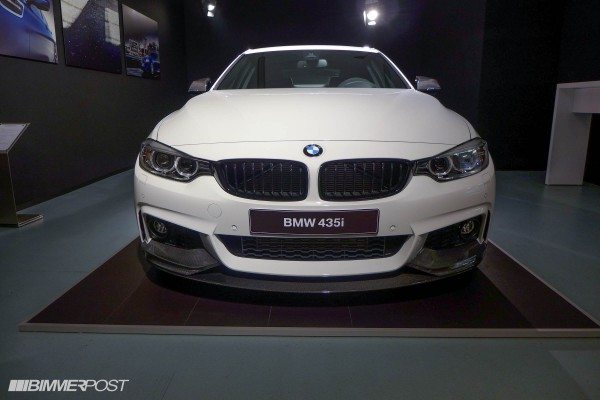 Visually, the car gets a sportier look with the addition of a carbon fiber front splitter, a rear spoiler, rear diffuser, black side skirts, blacked out kidney grille and carbon fiber ORVM shells. 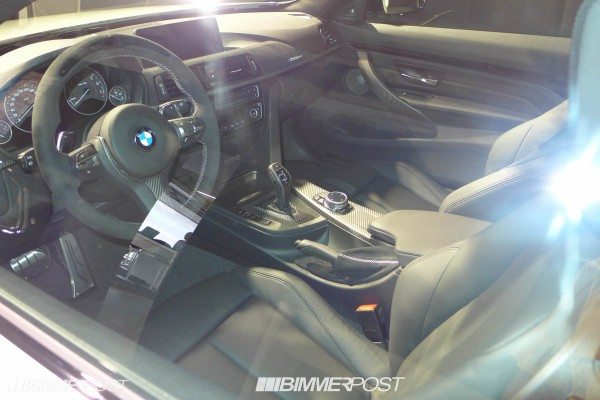