Home News Caterham comes up with a motorcycle division! 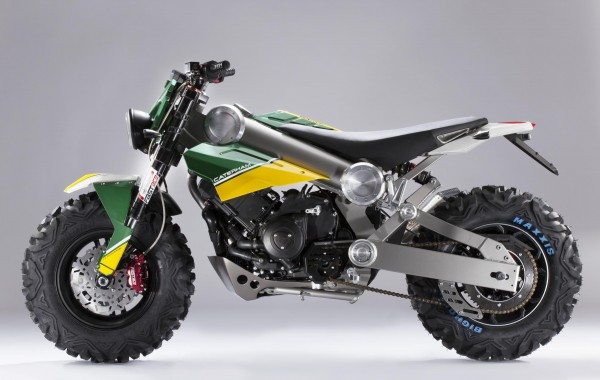 Three prototype products – the Brutus 750 (dubbed the ‘SUV of motorcycles’), Classic E-Bike (an all-electric bike with retro styling) and the Carbon E-Bike (a premium electric bike inspired by F1 technology) – have been unveiled for launch throughout 2014 as part of the Group’s strategy of growth through intelligent partnerships.

The arrival of Caterham Bikes is a natural extension to the expanding Caterham Group since the purchase of the historic Caterham Cars brand in April 2011 by Tony Fernandes and Dato’ Kamarudin Meranun.

Mirroring the business experience and strategy employed successfully by Tony Fernandes and Dato’ Kamarudin to make budget airline AirAsia the most profitable in the world, Caterham Bikes has allied itself with some of the brightest motorcycle entrepreneurs in Europe and Asia.

The new division will be spearheaded by Al-Ishsal Ishak as CEO. Ishsal comes to Caterham Bikes from his previous role with AirAsia as Group Head of Ancillary Income. The management team is made complete with Chief Designer Alessandro Tartarini, Chief Engineer Zeno Panarari, both known for their entrepreneurial spirit and product development prowess, along with businessman and ex-MotoGP racer, Andreas Leuthe who will head up the distribution and sales function.

Production of the three launch bikes – all priced affordably – will begin as early as Spring 2014, with the Brutus 750 the first to be built, followed by the two electric bikes later in the year. 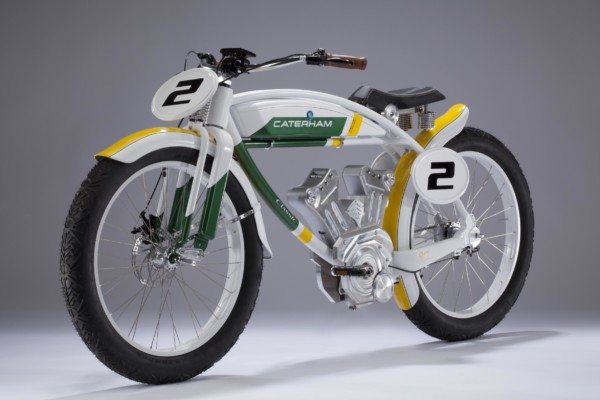 Tony Fernandes, Co-Chairman of Caterham Group, said: “Our vision for Caterham Group has taken another step forward with the launch of Caterham Bikes. Expanding our interests into the two-wheeled market is another natural progression for us and is a good opportunity to showcase the breadth of knowledge, experience and creativity we have at our disposal across the Group, now in the two-wheeled world in addition to all of our other automotive, technology and innovation interests.”

Dato’ Kamarudin Meranun, Co-Chairman of Caterham Group, said: “Taking Caterham into the motorcycle business has been a key objective since day one of Caterham Group. We are establishing ourselves in markets where we can bring new thinking, innovative concepts and products that will be game-changers; Caterham Bikes does exactly that. Having launched our Moto2 team recently at the Malaysian Grand Prix, the launch of Caterham Bikes takes us from the track to the road – we have partnered with industry experts and we have long-terms plans for the business that are ambitious but achievable, the perfect mix for success.”

Ishak said: “We are realistic and honest enough to know that we’re not in the business of rivalling the establishment; we’re here to offer an alternative that befits the spirit of Caterham. Just as the Caterham Seven is a motoring icon because of its unique design and engineering credibility, Caterham Bikes’ products will be aimed at a niche audience seeking exceptional quality, bespoke design flare and bikes easy enough for anyone to ride.”

Caterham Bikes’ three initial launch products, on display in prototype form at EICMA until November 10, are as follows: